A book about amazing Maltese women by Kristina Chetcuti and Marisa Attard has broken a main local publisher’s pre-order records. 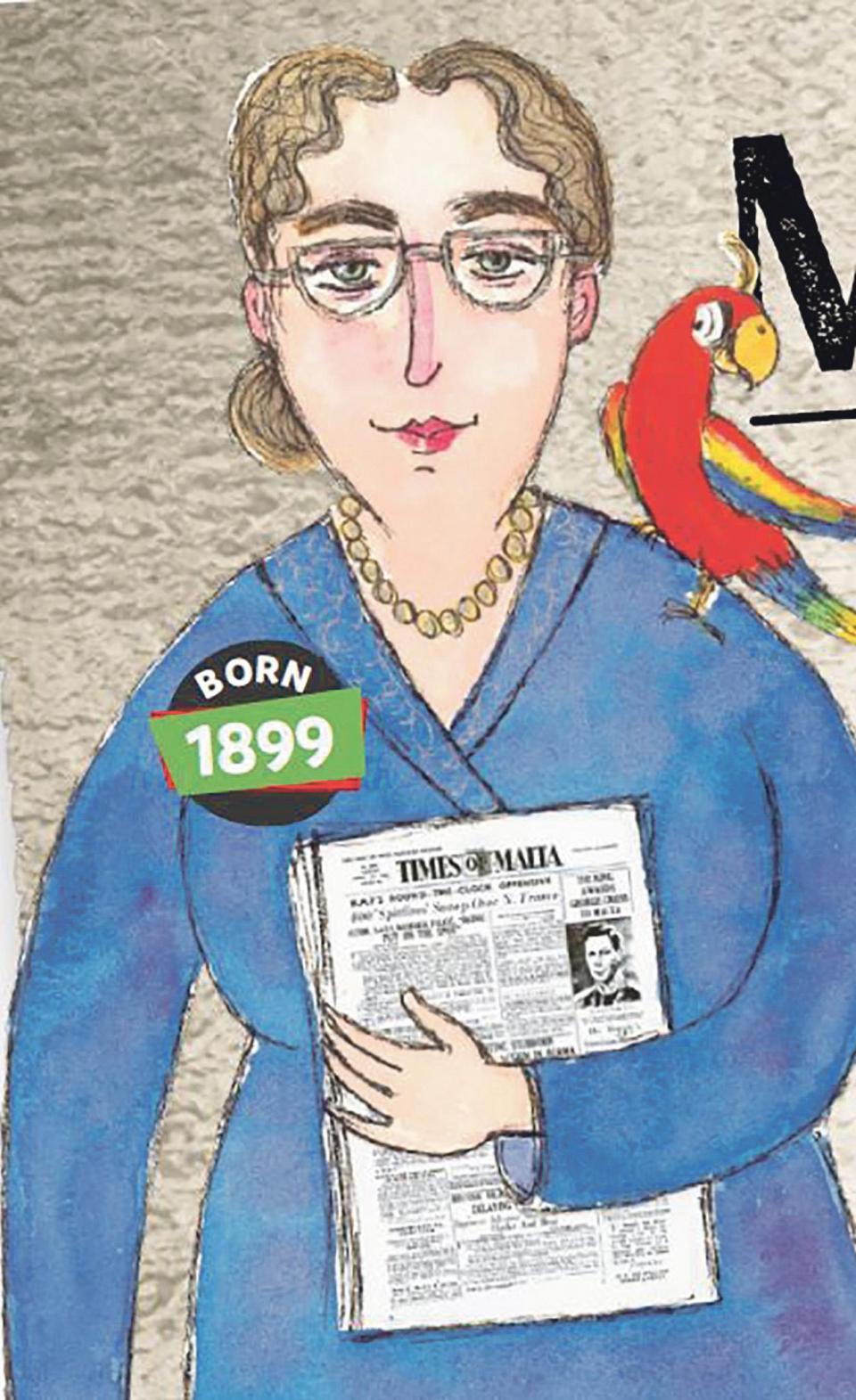 From Mary Ellul, who in her flowy dress fished people from rubble during the war, to Irene Condachi, who hitchhiked her way to schools and single-handedly eradicated scabies, 17 women you probably never heard of will this month land on local bookshelves.

The book, aptly called Amazing Maltese Women, will be launched this week.

“We had hundreds of pre-orders through the website, breaking all records. Schools and libraries pre-ordered it via the traditional distribution channels, which is not something that happens often with Maltese books,” Merlin Publishers director Chris Gruppetta said.

“What’s more, quite a few companies have pre-ordered the book in bulk to give to their female – and in a couple of cases, also male – employees on Women’s Day. This was a spontaneous idea, not something we planned or marketed.”

Mr Gruppetta hopes that men will take to the book as much as women.

“Part of the whole point behind celebrating great women is to pull down the traditional barrier that segregates boy-stuff and girl-stuff, which is why we’re showing women who were adventurous, ground-breaking or did traditionally ‘male’ jobs.”

Some schools have taken it further: the all-boys St Benild’s School has invited author Kristina Chetcuti together with referee Esther Azzopardi, who features in the book, to speak about the women.

Another protagonist is the first Maltese woman to pen a political newspaper column: Daphne Caruana Galizia, the journalist who was horrifically assassinated in 2017.

In making a strong statement about the murder, the publishers printed the book on ‘Kasco-free paper’.

Ms Chetcuti told the Sunday Times of Malta that both herself and Marisa, the illustrator, are activists against corruption in Malta.

“We worry that for children in Malta, corruption is almost the norm. We wanted children to know there were women throughout history who stood up for what is right – in different fields and each in their own way.”

But they also wanted to make sure that they stood by their principles. “I am very proud that the book is printed on Kasco-free paper,” Ms Chetcuti added.

Ms Chetcuti started the project with only a handful of women in mind.

“But I kept telling myself that it can’t be that over the centuries we did not have any women who made a difference to society. So, I persevered with research, and over the months, the list started growing, so much so that I had to shortlist.”

The most inspiring made the cut, but she is now hoping that people will come forward with tales of other women not featured in the book – even women they know personally – who left an impact on society.

If you know of any women who could feature in the book, get in touch on info@merlinpublishers.com.

A celebration of women

Mabel Strickland’s love of her life was the Times of Malta and her editorship was crucial in boosting people’s morale during the Second World War.

Mrs M, publicly known as Henrietta Chevalier, had her eldest son arrested by Benito Mussolini but ended up saving thousands of prisoners of war.