A new shelter for survivors of abuse and their children has been opened by the Church in Zejtun, replacing another one in Santa Venera.

It will be offering protection to survivors of domestic violence, human trafficking, forced abortions, and forced prostitution, among others.

The shelter is equipped with modern facilities including therapy rooms, and will be able to cater for 12 families, up from nine at the previous shelter Dar Qalb Il-Ġesu.

“Three years ago I remember the residents and workers were finding it difficult to come to terms with leaving the shelter at Dar Qalb il Ġesu,” said Fondazzjoni Sebħ director, Yvonne Mallia.

“But with time we realized this was an opportunity to continue developing and improving the service we were already providing,” Mallia said.

The €1million investment has enabled the shelter to be set up with playing spaces for children and facilities to better meet the needs of the families, she said.

Apart from offering residence to abuse survivors and their children for 18 months, the shelter also offers treatment for trauma resulting from the abuse, she explained.

“These women who have suffered both physically and mentally deserve to live in a dignified manner and to receive respect and love,” she said. 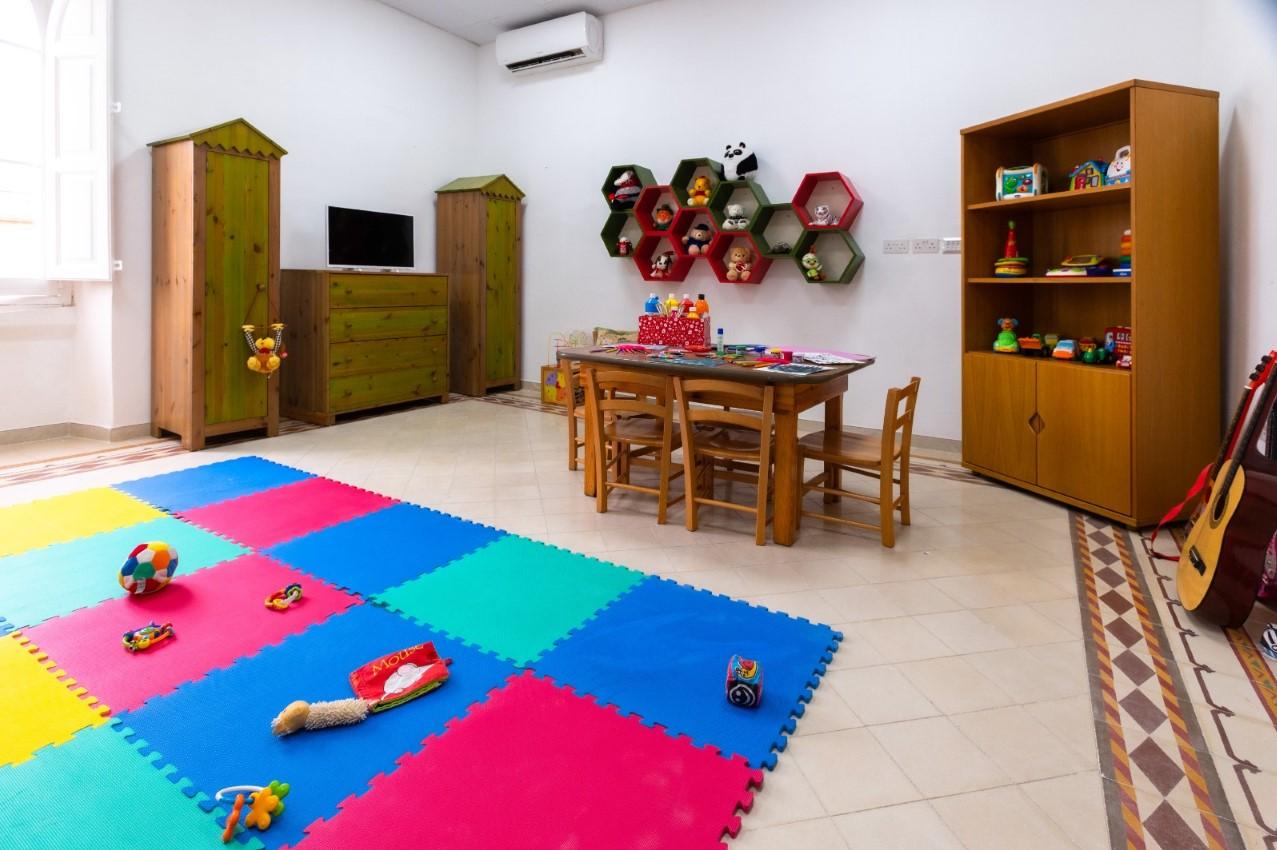 Inside one of the apartments, forming part of the new shelter in Żejtun. Credit: Curia

Social Services Minister Michael Falzon, present at the inauguration, spoke about the devastating nature of experiencing abuse in a place where one should find shelter.

In a project such as this one “we are all realizing a dream together,” he said, further highlighting that we could all contribute in our own way to making society better.

Archbishop Scicluna used the occasion to reflect upon the number of women, including nuns, who devoted their lives to mothering hundreds of children and women in need.

“While these women do not have their own children they work tirelessly to give dignity to those who are passing through difficult times,” he said.

After blessing the shelter, he met the residents and the children who will be living there.