Mikiel Anton Vassalli (1764-1829) is widely considered as the ‘father of the Maltese language’. Since his first biography by Ninu Cremona in 1937, researchers have been conjecturing about his ‘marriage’ to Caterina Formosa de Fremeaux. Mark A Sammut, following a recent crucial find in France, tells Charles Xuereb how this question may be put to rest once and for all.

Many agree that research on the life of Maltese patriot Mikiel Anton Vassalli, especially during the years he spent in exile mostly in France in the early 19th century, are works in progress. Following his refugee years on Corsica (1803-1807) and a brief decisive visit to Paris in September 1807, Vassalli appears to have settled in Marseilles with apparent valid economic prospects.  What new opportunities drew him there?

Early 19th-century France aimed to expand its cotton-spinning industry. Vassalli was one of the few who succeeded in convincing the French government that they could start producing cotton on French soil. Alain Blondy tells us that Vassalli started out as government agent for the cultivation of cotton in La Ciotat, a small town close to Marseilles. 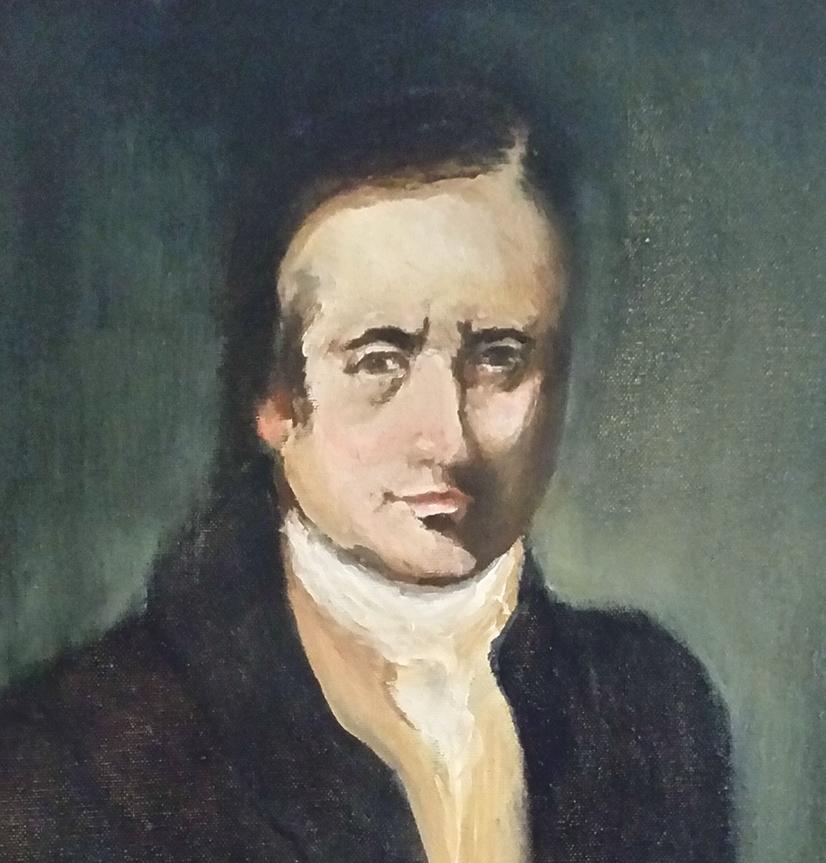 A verisimilous image of Mikiel Anton Vassalli from details in police description of Vassalli in 1807 when he visited Paris (found by Charles Xuereb in 2013).

Who was Vassalli’s long-life partner Caterina Formosa de Fremeaux? Who was her father?

Caterina appears to have been the daughter of Agostino Formosa de Fremeaux and his wife Paolica née Mamo. The Mamos were wealthy, well-connected slave merchants. Agostino was the consular representative of a number of countries, the representative of the Leghorn Jews, the Comptroller of the Order’s Customs and the Treasurer of a Masonic lodge of which numerous Knights and important Maltese were members.

Many details about Caterina are still shrouded in mystery. She was buried in 1851, aged 66, by the Protestants. I haven’t managed to find her birth registration, and she doesn’t appear either in Gauci’s books on the genealogy of the Maltese nobility or in Agostino’s and Paolica’s common will.

How did Caterina encounter Vassalli?

We aren’t yet in a position to answer such questions. As you yourself have established, there’s no mention of her during Vassalli’s stay on Corsica.

However, there is one important, ethical issue to address, on which your questions are predicated, namely the ‘collective memory’. Vassalli exists as a national symbol in the collective memory: his monument in his native Żebbuġ was erected by the Labourites, whereas the Nationalist club in the same locality is named after him.

We have to ask ourselves if we have the right to ‘pry’ into the private life of a national symbol. Should we limit ourselves to Vassalli’s ideas and how Vassalli – as an abstraction – serves the psychological need for nationally unifying symbols? Or should we cross the invisible line and trespass into private life territory? Vassalli the symbol belongs to the nation; what about Vassalli the person?

I think – but obviously people might disagree – that it is human nature to concretise abstractions. We need to understand the man’s ideas within the context of the man’s life. Irrespective of our personal faith, we are all anthropologically Judeo-Christian. And as we constantly seek the historical Jesus (not just Jesus the Christ), we also seek the private lives of others who have attained quasi-divine status within the ‘cult of the State’.

Who were Caterina’s and Mikiel Anton’s progeny? Were all their children born in France?

Vassalli seems to have had four sons. I say “seems” because he refers to “mes quatre garçons” (“my four boys”) in a request dated 1820 addressed to a French minister for financial aid to travel back to Malta following his commercial debacle. But there he also refers to “ma femme” (“my wife”).

This which at first blush might seem a little imprecision, raises questions as to how accurately Vassalli described his relations. Gabriele and Michelantonio were born in France; Saverio, on Majorca (according to his declaration on a 1860s notarial deed).

Your recent research in France on the birth of the Vassalli offspring rewarded you with a conclusive find...

Back in the 1990s, Blondy stated that Vassalli had embarked on the cotton experiment in La Ciotat. The years Vassalli spent there coincide with the dates of birth of two of his sons. So it was obvious to me that I should search at La Ciotat’s public registry. There, in Gabriele’s and Michelantonio’s birth entries, I found that their parents are described as “non mariés” – unmarried.

This answers the question that has been baffling researchers for 80 odd years. Even in the most recent publications on Vassalli, doubts kept being raised. All that needed to be done was to follow Blondy’s lead and check at La Ciotat’s public registry.

Does this rule out any possible later marriage in France or in Malta?

Why would Giuseppe Cannolo, a fellow linguist, keep scolding Vassalli for not having married had Vassalli been married?

Why would Protestant missionary Schlienz state in a letter written a few days after Vassalli’s death that, even though Vassalli had not converted to Protestantism, the Catholic Church didn’t accept to bury him in consecrated ground because he was not “legally married”, hadn’t it been true? Is there any internal evidence that casts doubt on Schlienz’s integrity?

The priest in charge of the Guardamangia district where Vassalli lived, classified Vassalli as a “sospetto”. By “sospetto”, observed the highly knowledgeable Karm Sant, the priest had probably meant that Vassalli and Caterina lived more uxorio. Why would the priest make such an entry had Vassalli been married?

Frankly, I don’t understand ‘historians’ and – worse still – professional historians who simply couldn’t bring themselves to follow the so-called ‘law of parsimony’. Why the psychological resistance to the obvious conclusion?

The documents I have found in France close the chapter once and for all.

Did you come across any documentation that could throw light on Vassalli’s quest for financial assistance to repel his family’s economic scant conditions when he resettled in Malta in 1820?

Vassalli had started two cotton cultivation enterprises, one in France, the other in Spain, and both went bust. So he returned to Malta as an impoverished man and sought help. I’ll quote three instances that got me thinking.

First, he wrote to Bishop Mattei to ask the prelate to intervene on his behalf in a land-related dispute. If indeed Caterina was Agostino’s daughter, then one of her sisters was married to a cousin in the first degree of the bishop’s.

Second, the Protestants hired Vassalli to translate the Gospels for them (he did so, but from the Catholic version). It seems that Vassalli was introduced to the Protestants by Cleardo Naudi, a first-degree maternal cousin of Caterina’s.

Third, when Vassalli issued a public notice for subscriptions for his new publication, he did this through Notary Ignazio Molinos, whose baptism’s godfather had been Caterina’s maternal grandfather Melchiorre Mamo.

It is crystal clear that upon returning to Malta, Vassalli sought the help (also) of his in-laws, as any reasonable man would have done. Did he approach Caterina’s father? I don’t know.

My only question in this context is: why did Vassalli’s second son Michelantonio sign his book on emigration to North Africa as ‘M A Vassalli Formose de Fremaux’? His brothers Gabriele and Saverio referred to themselves only as ‘Vassalli’.

There are still many mysteries surrounding Vassalli. The point now is: should we seek answers or are these trivial pursuits that detract from the real significance of Vassalli as a national symbol?