Ford has revealed its new next-generation Mustang, which has received the brand’s latest in-car technology and revised styling.

The Mustang has been Ford’s muscle car for an impressive 58 years, and with more than 10 million sold worldwide, it’s the world’s best-selling sports car.

Now entering its seventh generation, Ford has retained the model’s iconic naturally-aspirated 5.0-litre V8 engine. Ford hasn’t revealed any power details, but expect a slight increase on the outgoing model’s 444bhp power output, thanks to a new air induction system and redesigned throttle body, which are said to ‘provide greater response and performance’. There will continue to be the option of a six-speed manual or 10-speed automatic transmission too.

But the main change on this new Mustang concerns the interior, which gets a fully digitalised look. Behind a new flat-bottomed steering wheel sits a 12.4–inch digital instrument cluster that can be customised, as well as a new 13.2-inch touchscreen using Ford’s latest Sync 4 software. This is angled towards the driver and is said to ‘create an immersive digital experience’, while offering wireless updates.

The design of the new Mustang hasn’t changed dramatically, and is still easily recognisable as a ‘Mustang’. The front-end is said to be influenced by the original ‘60s design, with a three-section bonnet design and smart LED headlights. Ford also says it’s been ‘optimised for pedestrian protection’.

At the rear, there’s a new signature light bar and redesigned diffuser, while each Mustang version adopts a unique front-end. Like before, there’s the choice of coupe or convertible models. 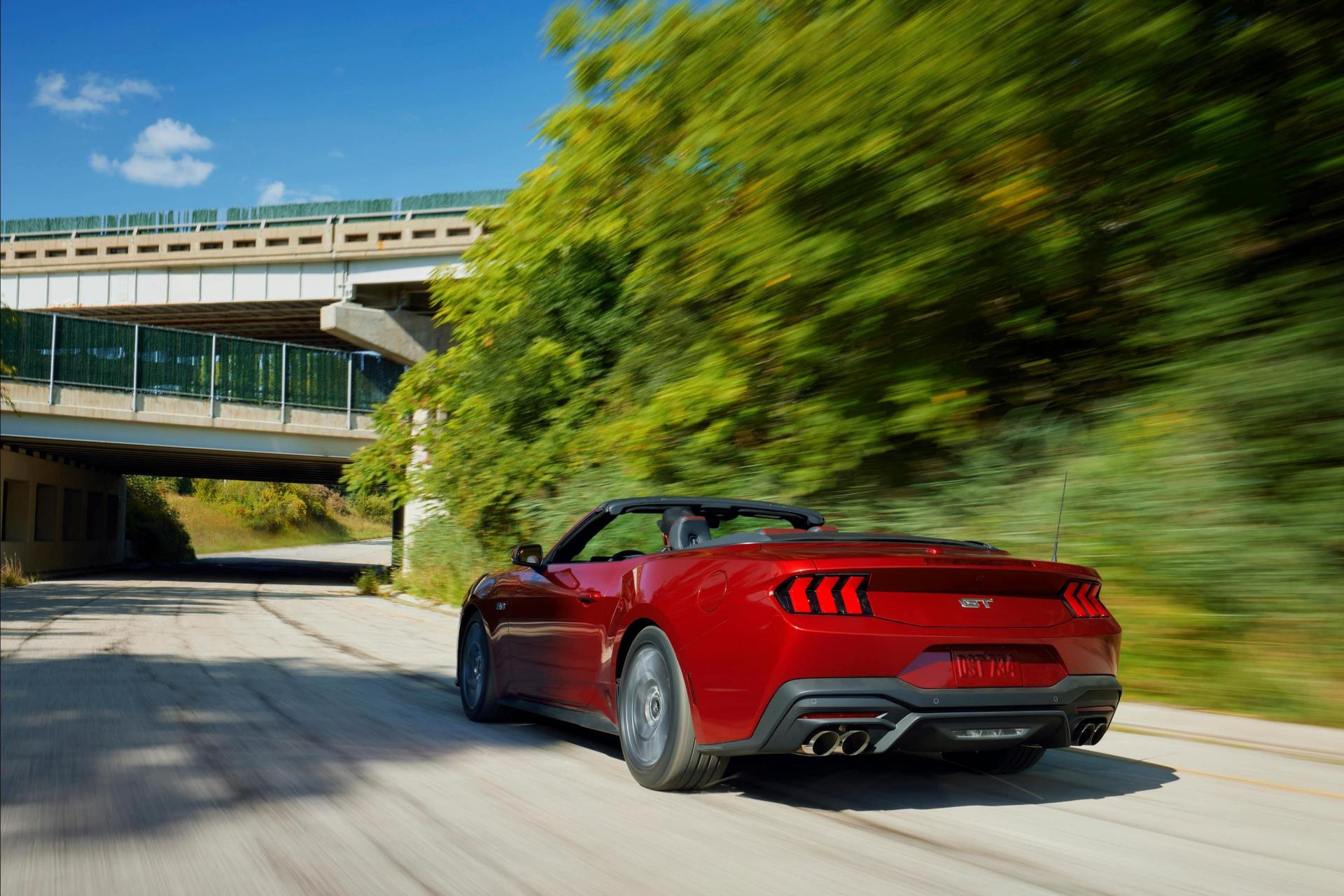 Jim Farley, CEO of the Ford Motor Company, said: “Investing in another generation of Mustang is a big statement at a time when many of our competitors are exiting the business of internal combustion vehicles.

“Ford, however, is turbocharging its ICE [internal combustion engine] growth plan, adding connected technology, opinionated derivatives, and hybrid options to our most profitable and popular cars – all in the Ford Blue family – on top of investing in electric vehicles through 2026.”