Prime Minister Lawrence Gonzi said today that the Delimara power station would  be converted to burn gas only when European funds for the project were secured.

Conversion to gas required time and a substantial investment, he told guests gathered for the inauguration of the new Gasco LPG facility at Benghajsa.

Dr Gonzi said it was his government's long-term strategy to convert the power station to gas by connecting to the European gas pipeline.

"The power station can only be converted to gas once European funds are sourced because this will ensure our financial resources are not jeopardized," Dr Gonzi said.

The new €23m facility is a joint venture of Liquigas Italia S.p.A and Multigas Limited.

It includes a new gas cylinder filling station and six new tanks for a storage capacity of 4,800 metric tons, double the capacity to date.

The new facility became necessary when building was allowed close to the old Enemalta plant at Qajjenza, making it a hazard.

The building of the new plant was a condition of the privatisation of what used to be the gas division of Enemalta.

The new facility also includes a pipeline from a quay directly to the storage tanks, as well as a bowser-filling station.

Prime Minister Lawrence Gonzi welcomed this investment as an important addition to the country's energy infrastructure.  Dr Gonzi said that through this new plant, Malta was now not only increasing its storage capacity of LPG but was able to tap into a cleaner source of energy.

Chief Executive Officer Roberto Capelluto said that apart from guaranteeing a reliable, safe and adequate LPG supply for consumers, operators and distributors for future decades, this facility represented an enhancement of Malta’s autonomy and independence where energy resources were concerned.

Gasco Energy Chairman Louis A. Farrugia said: “Our new facility truly marks a turning point in the provision of energy in Malta, and therefore it is one of historical significance. The facility embodies the joint venture’s commitment to ‘do things properly’ - in terms of planning, standards and quality investment.”

“This private sector investment could never have happened unless the conditions were suitable for bank and private capital funding. Naturally this has to be achieved within a stable and fair regulatory framework,” said Mr Farrugia. 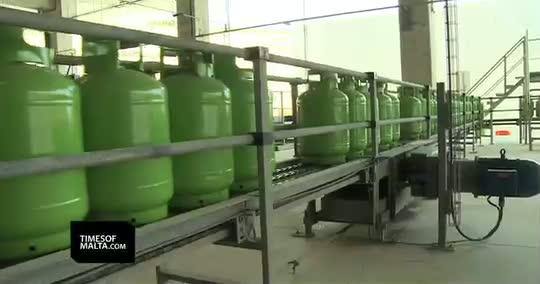