A clip from newly-discovered recordings made by Daphne Caruana Galizia murder middleman Melvin Theuma has raised concerns that former police chief Lawrence Cutajar may have tipped him off about his impending arrest.

Times of Malta is informed that police investigators have been handed previously unheard recordings that were discovered by Europol experts on Theuma’s computer hard drive in recent weeks.

Theuma, who turned state witness in the murder case, has been giving testimony, backed up by secret recordings he made of alleged murder conspirator Yorgen Fenech. A source close to the investigation said it appears that Theuma had “deleted” some of the covert recordings he had made.

But another source said it was Theuma himself who actually alerted to the police that there were other recordings.

A source in the investigation confirmed that in one of the recovered recordings, Theuma can be heard telling a third party how he had just received word that the then-police chief Cutajar had met with a close associate of his.

The source said Theuma can be heard saying that Cutajar had met Edwin Brincat, known as Il-Ġojja, and that two dates are mentioned: the 16th and 26th.

One theory is that the former commissioner may have tipped off Theuma about his upcoming arrest, which was originally planned for November 16, 2019.

Times of Malta is informed that Theuma has already been questioned about the matter over the past few days and that Cutajar is also expected to be called in to police headquarters in Floriana.

Il-Ġojja, a close friend of Theuma, is believed to have first convinced the murder middleman to begin recording his conversations with Fenech and other associates linked to the murder.

Cutajar said he had no knowledge of the recordings, and that he had not been approached about the matter by any of the authorities 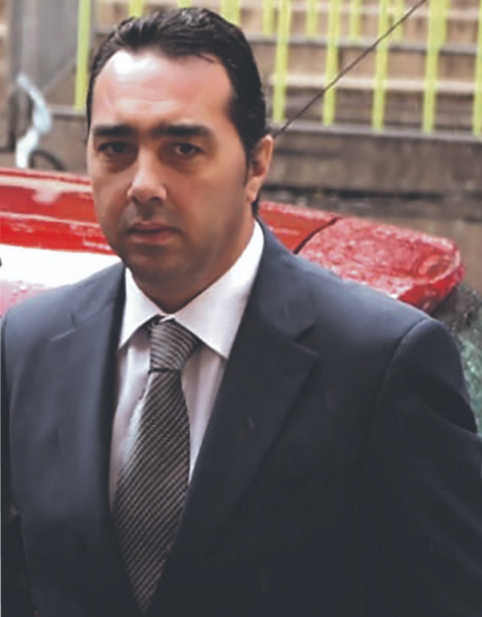 Sources said the meeting happened without the knowledge of the investigative team and raised serious concerns of “possible collusion” between the former police chief and one of the suspected players in the murder investigation, when it was flagged by investigative partners at a later date.

Sources said that when the meeting was first uncovered, Cutajar had been approached by investigative partners and told not to do so again.

Cutajar had confirmed having held the meetings, but insists they were done in good faith to try to help the investigation.

Subsequent evidence seized by the police confirmed fears of a tip-off, as the middleman knew that he, his wife and his wife’s daughter were going to be arrested in a money-laundering investigation used as a front by police to seize evidence in connection with Caruana Galizia’s murder.

Cutajar, who was at the helm of the police throughout most of the investigation into the murder, resigned in January, shortly after Robert Abela took over as prime minister.

He has strongly denied suggestions that he did anything to jeopardise the investigation.

Theuma is back in court tomorrow in what could be his last grilling in connection with the compilation of evidence against Fenech.

In January, Times of Malta had exclusively revealed that Valletta had travelled abroad to watch two football matches with Fenech when the business magnate had already been identified as a person of interest in the Daphne Caruana Galizia murder investigation.

The matter is the subject of an internal police investigation that was ordered by Home Affairs Minister Byron Camilleri after the Times of Malta report.

Theuma also told the court that he had heard Labour deputy leader Chris Cardona had a financial relationship with suspected triggerman Alfred Degiorgio via a middleman.

Cardona has rejected all the claims.

In a Facebook post on Sunday, Azzopardi put the onus on the prime minister and asked who had ordered him to appoint Cutajar as consultant in the police ministry.

"Was it the same person who knows what Lawrence Cutajar knows about him and cannot afford having it investigated or known?"

The Nationalist Party in a reaction called on Prime Minister Robert Abela to sack Cutajar from his current government post as government consultant.

"The Nationalist Party considers Lawrence Cutajar's position as government consultant as untenable and the prime minister should dismiss him today," the party said.

Shadow ministers Beppe Fenech Adami and Karol Aquilina said that instead of fighting crime, Cutajar had associated himself with people involved in a homicide, passing on information he acquired through his duties as police commissioner. By so doing he had betrayed his colleagues in the police force as well as the people and the country itself.

The PN recalled that as soon as he resigned as police commissioner, Cutajar was made a consultant by the Abela government on a salary of more than €31,000 for a part-time role.