Looking closely at the painting, one sees tulips at the foot of Titus Brandsma, representing his country, Holland. 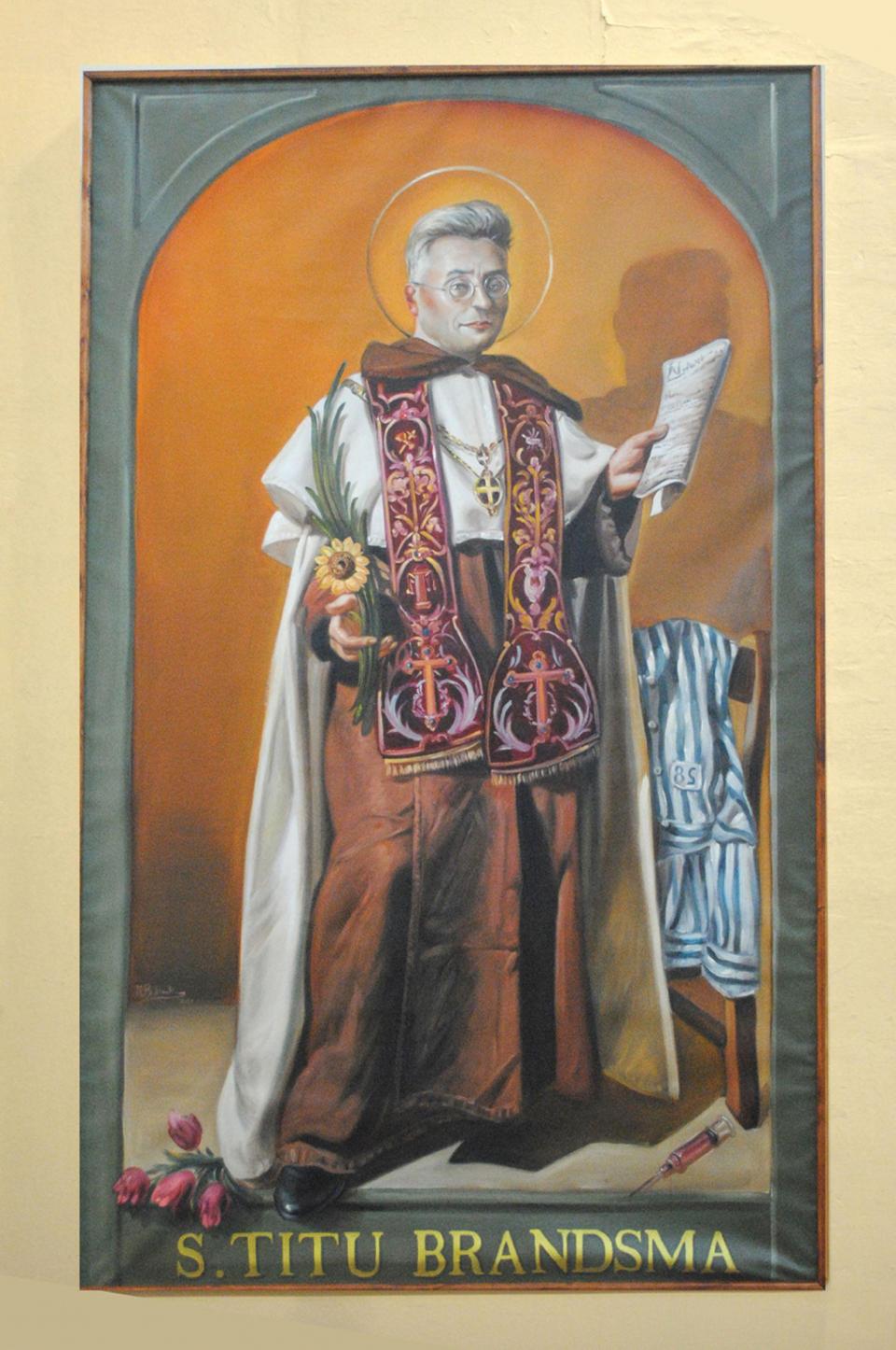 Next to him there is the striped uniform of the concentration camp with the number 58.

In his right hand, he holds a palm frond, another symbol of the martyr, and a sunflower. He wrote and preached that as the sunflower turns facing the sun, Our Lady turns to face God.

In his left hand, he has a newspaper of which he was an editor.

Titus was sent to Dachau concentration camp because he opposed the Nazis. He was killed on July 26, 1942, by a lethal injection administered by a nurse of the Allgemeine SS, as part of their programme of medical experimentation on prisoners.

Titus gave his rosary bead to his nurse before he was administered the injection and promised her that he will pray for her from heaven. After killing him, she became a Christian.