The makeshift memorial to Daphne Caruana Galizia in Valletta will not be cleared after the usual monthly vigil this evening, Prime Minister Robert Abela said on Thursday.

He was replying to questions by reporters after making a courtesy call on Archbishop Charles Scicluna at Dar tal-Kleru in Birkirkara.

His announcement marks a departure from the actions of the Joseph Muscat government, which had been taken to court for breaching the right to freedom of expression after pictures of the murdered journalist, as well as candles and flowers were repeatedly removed by government workers from the foot of the Great Siege Monument, opposite the law courts.

Dr Abela said he had already issued instructions for the makeshift memorial not to be cleared.

In a reaction, Occupy Justice, which has been organising the vigils, welcomed Dr Abela's comment. "The prime minister's announcement is a step in the right direction, and finally our right to protest is being respected," the group said when contacted.

Dr Abela's meeting with the archbishop came a day after Dr Abela said in a televised interview that he did not see a need for change to Article II of the Malta constitution, regarding religion, more so because Malta is a tolerant nation. 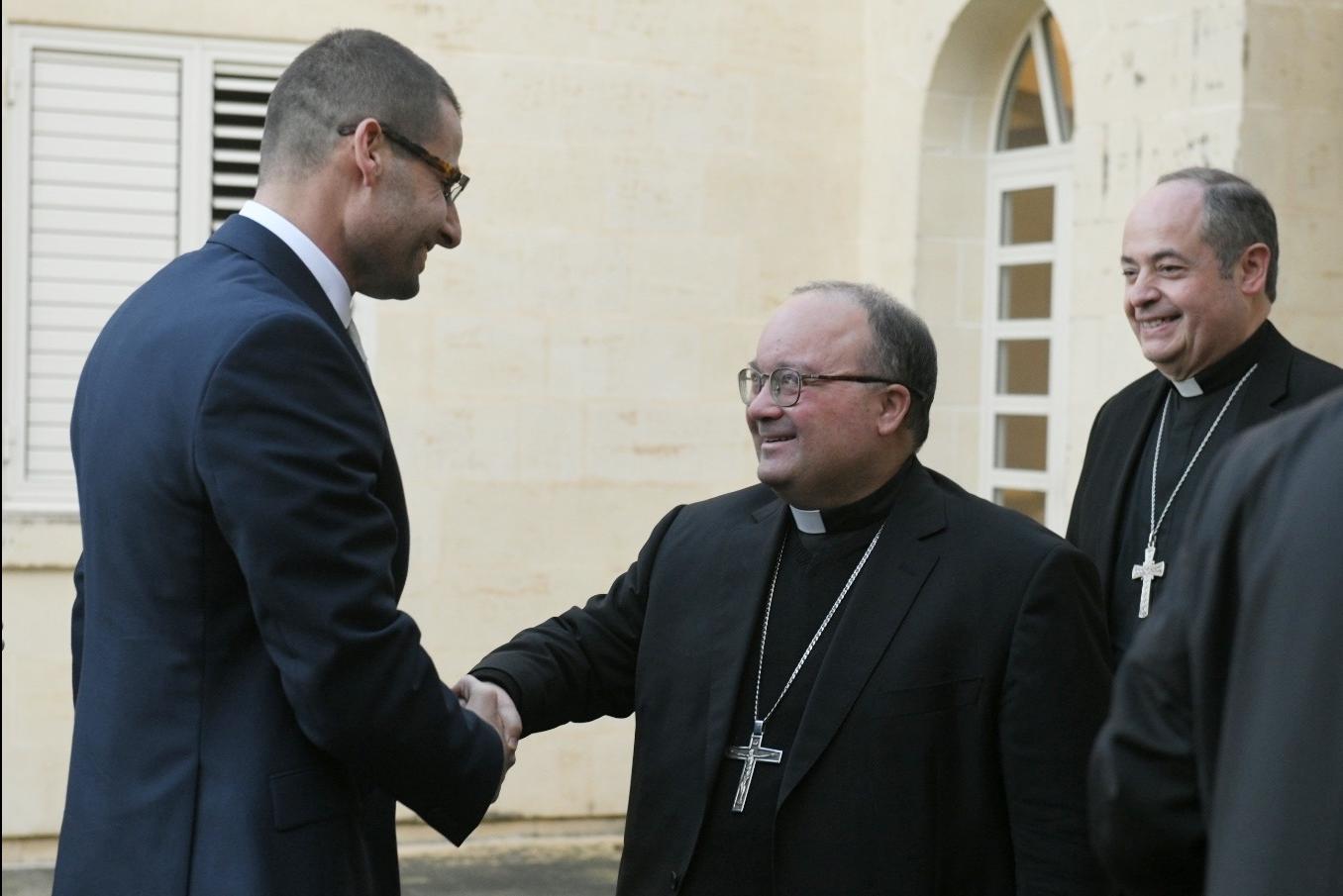 It also says that "Religious teaching of the Roman Catholic Apostolic Faith shall be provided in all State schools as part of compulsory education."

The Sunday Times of Malta reported that Dr Muscat intends to work for stronger civil rights and wants to start a debate on the possible introduction of abortion.

Following his meeting with Mgr Scicluna, Dr Abela reiterated that "as long as I am prime minister, abortion will remain illegal".

The church and state have worked closely on various projects in the past few years, notably in the provision of residential care for elderly people and the setting up of a new hospice centre which is managed by Hospice Malta. The government also covers the salaries of teachers in church schools according to an agreement going back to the 1980s.

Dr Abela was accompanied on his visit by Labour MP Anthony Agius Decelis, who until the Cabinet reshuffle was responsible for care for the elderly.