Rapists, priest murderers, robbery pranksters, quarantine escapees and rebelling slaves all had the same ending 300 years ago, unless they managed to seek sanctuary in a church. New research by William Zammit gives detailed accounts of how and why people from all social backgrounds ended up ‘kissing the gallows’.

Antonio Cachia, also known as Biscarello, must have been homesick after months at sea, so he skipped quarantine, which was compulsory for most incoming sailors, to be with his relatives.

The 19-year-old’s stay at home in Żurrieq – and in this world – was unfortunately short-lived because he was captured and hanged on Manoel Island, where his corpse was left to decay until the Grand Master, who used to go fishing nearby, got sick of the sight.

Some 60 years later, another young man had the same ending for stealing a silver crucifix from the Żebbuġ parish church as “a joke”.

Saverio Galea, who was pursuing clerical studies, had been sent to the galleys for life by the court, but the State – in this case, the Grand Master – overturned the sentence and he was hanged. 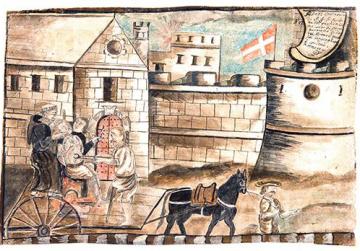 The slave Imselleti tortured by heated pincers on his way to execution, 1749.

Cachia and Galea are two of the hundreds of people condemned to hanging when the knights still ruled the island and both feature in a new publication by William Zammit, head of the Department of Library, Information and Archive Sciences at the University of Malta.

Published by BDL, Kissing the gallows: a cultural history of crime, torture and punishment in Malta, 1600–1798 features about 600 crime cases as described by eyewitness. This is the first book dealing with the crimes of this period holistically.

Most of the accounts are English translations of original correspondence sent by the Inquisitors of Malta to Rome. The original documents are currently found at the Vatican’s Archives. Diaries were another source for Dr Zammit’s research, which took some 10 years to complete and took him to local and foreign archives.

Some were tortured on their way to the gallows

The publication starts off with an analysis of the nature of crimes taking place between 400 and 200 years ago, which prove that human beings have not changed much. Most were driven by today’s same motives: jealousy, greed and hatred, Dr Zammit observes.

The research covers more than 20 types of crime, including burglary, murder, physical assault, rebellion and mutiny and rape. It looks into the State’s judicial system and the use of different types of torture as part of the sentence handed down.

Contrary to popular belief, the sentences handed down by the State – rather than the Inquisition – were the cruellest and the ones that usually ended with execution. 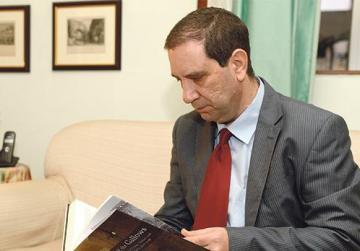 William Zammit with his book Kissing the gallows: a cultural history of crime, torture and punishment in Malta, 1600-1798. Photo: Matthew Mirabelli

The publication covers the ritual of the punishment – from the torture used to force a guilty-plea, the parading of the condemned around the streets to make an example out of the accused and the execution itself.

The punishments meted out to the condemned varied according to the status of the accused within society and a whole section of the publication has been dedicated to slaves, where punishment was the harshest.

One such event, which has been slated in the annals of Maltese history, is the failed escape and rebellion by the slaves in 1749, which saw more than 30 slaves being brutally executed.

Some were tortured on their way to the gallows and this included tearing away pieces of flesh with heated pincers. The sore was then covered with tar to stop the condemned from bleeding to death before reaching the gallows.

The two main leaders of the coup were spared the gallows but were in for a crueller end. They were laid down on their back on two rafts, each of their arms and legs tied to a separate boat. The boats pulled away from the raft, stretching the slaves’ bodies until their arms and legs were torn off while they were still alive.

The priest who murdered his mistress

Rumour had it that Don Pino Rizzo, a priest from Vittoriosa, murdered a woman on March 23, 1746 near the monastery of the nuns of St Scholastica as she did not want to let him into her house. She had been expressly prohibited to do so by her husband before he left the island the previous evening.

A dagger was used to stab the woman, who was believed to have been in an 18-year relationship with the priest, once in the chest.

“The murderer, licking the blood off the dagger, escaped to sanctuary in a church. Given the seriousness of the incident, with the woman being married and the case being premeditated for months, the murderer may be refused the enjoyment of immunity,” the book recalls.

Four years later, during the last day of carnival on February 14, Don Rizzo “ended his days miserably without even having time to confess”. He was being detained in the Bishop’s prison instead of in a church and hit his head on the staircase after a stone balustrade came loose. He tumbled down the stairs in what some believed could have been an act of suicide. 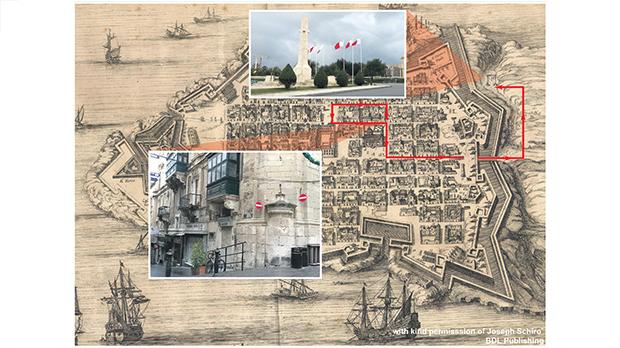 Parade of the Greek pirates

At 5am on October 17, 1740, the bell of the Castellania, today’s Health Ministry on Merchants Street, Valletta, started to toll until 8.30am.

Three out of a group of 12 Greek seamen, who were condemned to death after mutinying and attacking Christian ships among others, were led out of a side door (in today’s St John Street). At the head of the procession, the crucifix was carried faced backwards. It was followed by 12 knight commanders clad in black sackcloth, followed by the parish priest of the Victory church, among others. Money was collected by way of alms to be used for the saying of Mass for the repose of the executed.

The three were led down St Paul’s Street and then on to the spot where the Valletta closed market stands today before being paraded along Merchants Street, down St John’s and towards City Gate along Republic Street. They were hanged somewhere around the area where the War Memorial and the bus terminus are situated.

The procession was accompanied by armed officials who kept the crowd of onlookers at bay. At the end were the three leaders of the rebellion, all chained up and taken to the place of execution to witness the death of their companions before they themselves were executed in the following days.

The executions continued until October 23 and the corpses of the last three – the leaders – were quartered. 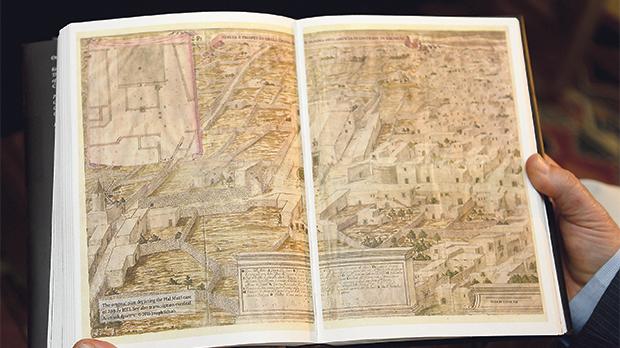 An original crime investigation plan of a murder that took place in July 1691 at Ħal Muxi, depicting that hamlet and Żebbuġ. The plan was originally part of a report investigating whether the accused, who had taken sanctuary in the church of St Mary at Ħal Muxi, was within the precincts of the church when he was fatally shot by government officials. Photo: Matthew Mirabelli 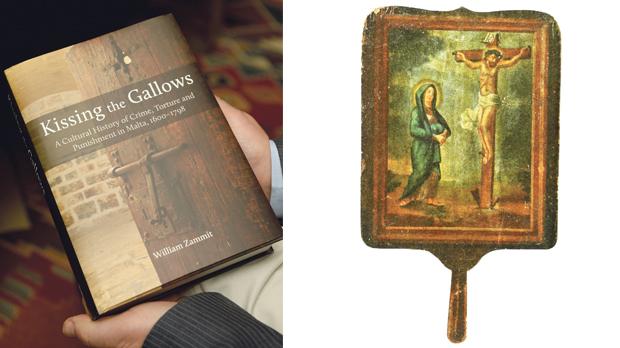 The front cover shows one of the doors of the prison cells in the Castellania. Photo: Matthew Mirabelli. Right: This is the last thing the condemned would have seen before dying. A friar would climb onto a ladder and hold a tavoletta, like this wooden one, which belongs to the Confraternity of the Holy Rosary, depicting a crucifixion scene, close to the face of the condemned at the point of execution. Photo provided by William Zammit (Acknowledgement: the rector, Archconfraternity of the Holy Rosary and St Dominic’s Priory, Valletta)