A new residence programme for foreigners (non-EU) was launched this morning, replacing the foreign residents' scheme which was controversially suspended in 2011.

Parliamentary Secretary Edward Zammit Lewis said the Global Residence Programme, as the new scheme is called, will allow people who buy high value property and pay taxes in Malta to benefit from a residence permit.

The previous scheme was suspended and initially replaced by the High Net Worth Individuals Scheme which did not prove popular because the minimum value of purchased property had been raised from €116,000 to €400,000.

Under the Global Residence Programme, the value of immovable property bought in Malta by foreigners has to be at least €275,000. However, when the property is in the south of Malta or in Gozo, the minimum value can be €220,000. 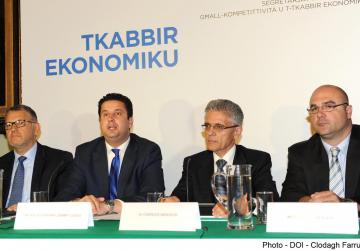 Dr Zammit Lewis said that whereas under the High Net Worth Individuals Scheme, applicants would also have been eligible if they rented a property for a minimum of €20,000 annually, that threshold has been lowered to €9,600 in Malta and €8750 in Gozo or the South of Malta.

In the past, third country nationals also needed to place a €500,000 bond with the government and an additional €150,000 per dependant. This provision has been removed.

With regard to abuses in the past by people who bought property here but then lived abroad and abuses by those who received health services which exceeded their contribution here, Dr Zammit Lewis said foreign residents under this programme, including their dependants, have to be covered by health insurance. They will not be entitled to free state health services.

The new regulations will be introduced by legal notice by the end of this month.