Disney announced a new live-action Star Wars series featuring Jude Law at a major fan convention Thursday – but any mention of upcoming films in the beloved sci-fi franchise was conspicuously absent, as the company focuses on its streaming service.

Harrison Ford and Ewan McGregor were among the stars who appeared on stage before a raucous and outlandishly dressed crowd in Anaheim, California for ‘Star Wars Celebration’, a four-day gathering held every few years, usually tied to new movies. 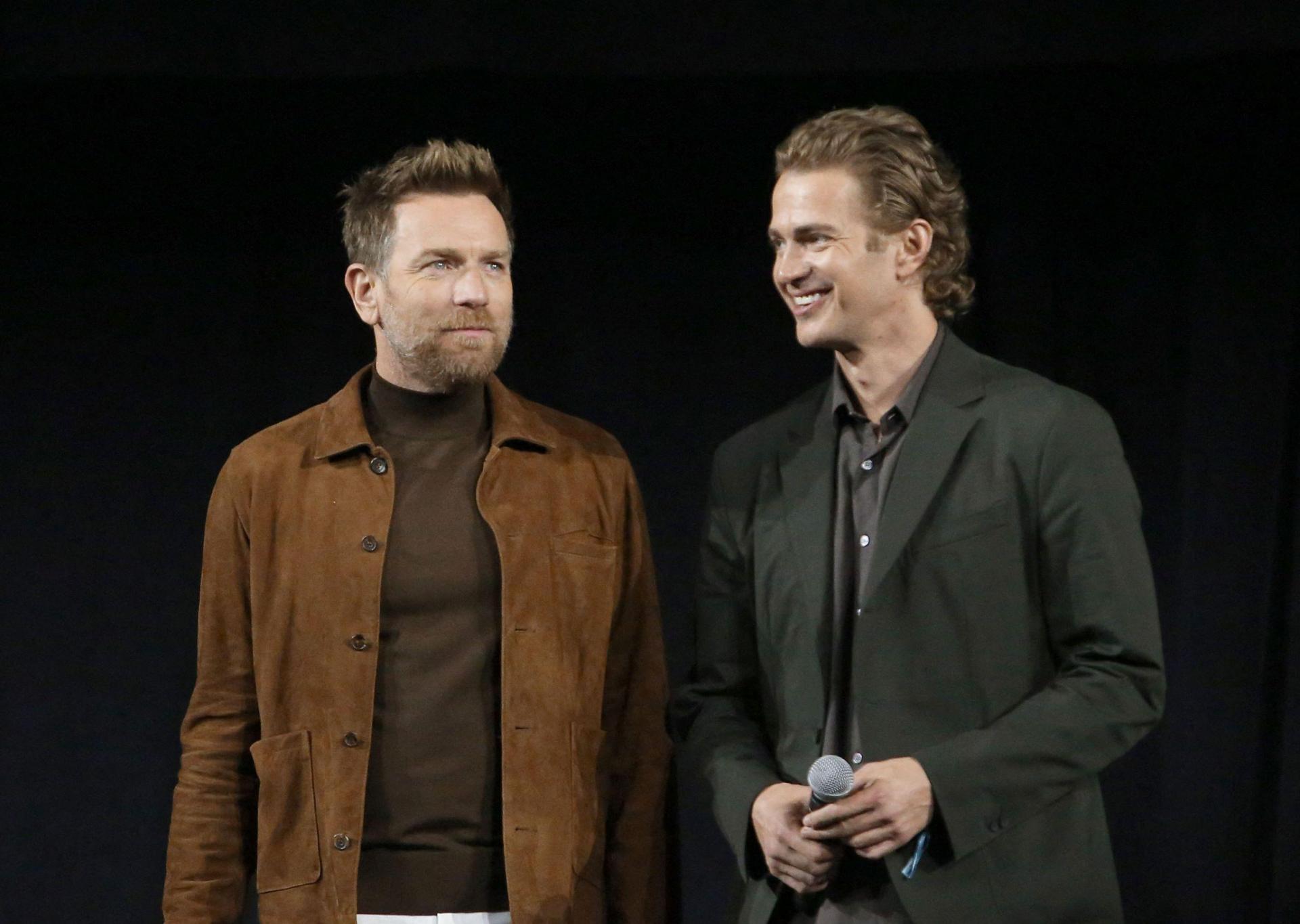 But television shows dominated the opening presentation, which featured unseen footage from Andor and the third season of The Mandalorian – plus the surprise announcement of a world premiere for McGregor’s Obi-Wan Kenobi.

Fans in attendance will be the first to watch two episodes from the series, the day before it launches on Disney+.

McGregor and Hayden Christensen, who both reprise their roles from the Star Wars prequel film trilogy for the series about the iconic Jedi master and his apprentice-turned-nemesis Darth Vader, both appeared at the event.

As for Law, he will appear in the previously unconfirmed series Skeleton Crew, created by Spider-Man: No Way Home director Jon Watts, it was announced.

“It’s the story about a group of kids – about 10 years old – from a tiny little planet, who accidentally get lost in the ‘Star Wars’ galaxy,” said Watts.

Disney bought Lucasfilm for $4 billion in 2012 and immediately began pumping out films including a new trilogy, and spin-offs Solo and Rogue One, but has since slowed its big-screen Star Wars output.

The decision followed diminishing box office returns and mixed reviews – and the all-important launch of its Disney+ streaming service.

Disney+ has gained more than 130 million subscribers since its 2019 launch, defying most analyst expectations, and creator of smash hit launch show The Mandalorian Jon Favreau thanked Star Wars fans for their role in its rapid rise.

“One group, the Star Wars fans, showed up when they launched Disney+... you all helped make Disney+ a success,” said Favreau.

Favreau presented footage from the third season of The Mandalorian, in which the disgraced bounty hunter – accompanied by Baby Yoda – vows to earn forgiveness “for my transgressions”.

Tony Gilroy, who wrote the Jason Bourne action films, said another new series Andor will be set five years before spin-off movie Rogue One, and will feature two 12-episode seasons.

Returning star Diego Luna said the series will portray a younger, more selfish version of his character Cassian Andor – a pilot who sacrifices himself at the end of the film to fight the Empire.

“The beauty of this show is, there’s no way they’ll kill me,” he joked.

But while Disney has three Star Wars movies on its schedule, and has previously announced films from directors Taika Waititi, Rian Johnson and Patty Jenkins, none were mentioned on stage Thursday.

Lucasfilm head Kathleen Kennedy told Variety there would be “plenty of time to showcase” upcoming movies in the future.

Instead, the presentation ended with a performance from veteran composer John Williams, who conducted a live orchestra through his latest music for Obi-Wan Kenobi.

Williams – who turned 90 this year – was lauded by Ford, who played Han Solo in the original Star Wars films, as well as Indiana Jones. 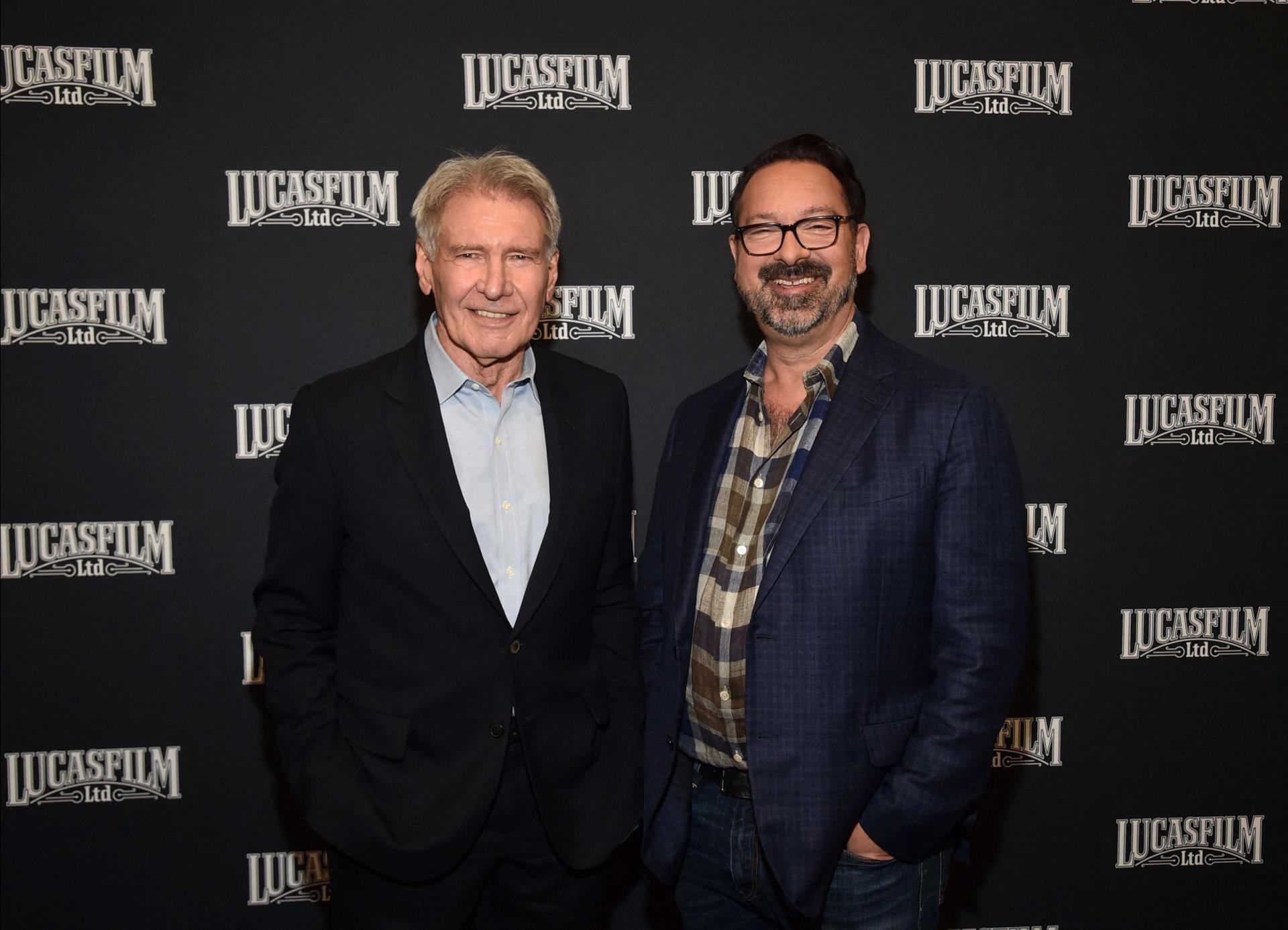 “That music follows me everywhere I go... that music was playing on the speakers in the operating room when I had my last colonoscopy,” joked Ford.

“I passed,” he added, to laughter and loud cheers.

Ford, himself 79, said the fifth Indiana Jones film was “almost completed” and confirmed it will premiere in June 2023.