The days of “banging on the perspex” in the election counting hall could soon be a thing of the past under a plan to introduce vote counting software that will slash the wait for the result from days to hours.

The technology is expected to be tested in the 2019 MEP and local council elections before it comes into use for all national polls. “Our voting system has needed a major overhaul for many years,” Chief Electoral Commissioner Joe Church told The Sunday Times of Malta.

“There appears to be consensus from both major parties on the way forward. This will ultimately make our elections more efficient,” he added.

Mr Church said the electoral commission would be doing away with the “costly” laminated voting documents – currently delivered door to door by the police and presented by voters before casting their ballot. Instead, voters will be able to enter polling booths with their new eID cards, which were rolled out nationwide last month.

“This just makes sense. The new cards have all the necessary information, they are up-to-date and they are equipped with smart technology,” Mr Church said, adding that he had already discussed this issue with the Malta Information Technology Agency.

The system would retain the current ballot system, in which voters list their preferences by writing numbers. However, these sheets of paper would be scanned and the counting done by computer software rather than an army of counters.

“The full results would be out in a matter hours,” he said. 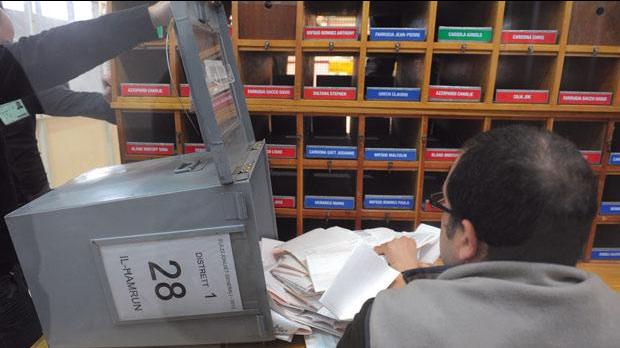 “The intricacies of our single transferable vote system means this will have to be a tailor-made system,” Mr Church said.

Although precise election results could often take days to be decided, the new counting technology would give a precise breakdown in a matter of hours, leaving no room for interpretation.

Mr Church explained that the changes were not being earmarked for the next general election, due to be held in 2018, as the commission had decided a trial run should not be set up on such a hotly contested vote. This, however, did not mean the roll-out would be small scale. “This will be the first time that the entire country votes for local councils and MEPs as a whole at the same time. So the idea is to try out this technology in what are essentially two full-scale elections,” Mr Church said.

The commission is not stopping there, however. Mr Church said he was also looking into doing away with the costly subsidised voter flights provided before every election.

“We have embassies and one that comes to mind is Brussels, where so many Maltese have gone to work. We are considering a pilot project for voters there too,” he said.