New York's Metropolitan Opera will require audiences and performers to be fully vaccinated for its upcoming season, the house announced Tuesday amid debate in the United States about mandatory vaccinations.

The Met said all customers, staff, and members of its orchestra and chorus will need to show proof of vaccination against COVID-19 for performances in the 2021–22 season.

"The Met will be a fully vaccinated house," the prestigious institution said in an email sent to patrons.

Children under the age of 12, a group currently ineligible for vaccines, will not be allowed to enter the Met even if the adults accompanying them are vaccinated.

The announcement comes as parts of the United States move towards vaccine mandates due to fears over rising cases caused by the Delta variant.

California and New York City announced Monday that public sector workers would need to get vaccinated or take weekly tests.

The US Department of Veterans Affairs became the first federal agency to impose a mandate when it announced this week it would require more than 100,000 health care personnel to get COVID-19 vaccines.

New York officials said Tuesday that proof of vaccination would also be required for a concert on August 21 in Central Park to celebrate the city's post-COVID reopening, with Bruce Springsteen, Andrea Bocelli and Paul Simon slated to be among the performers. 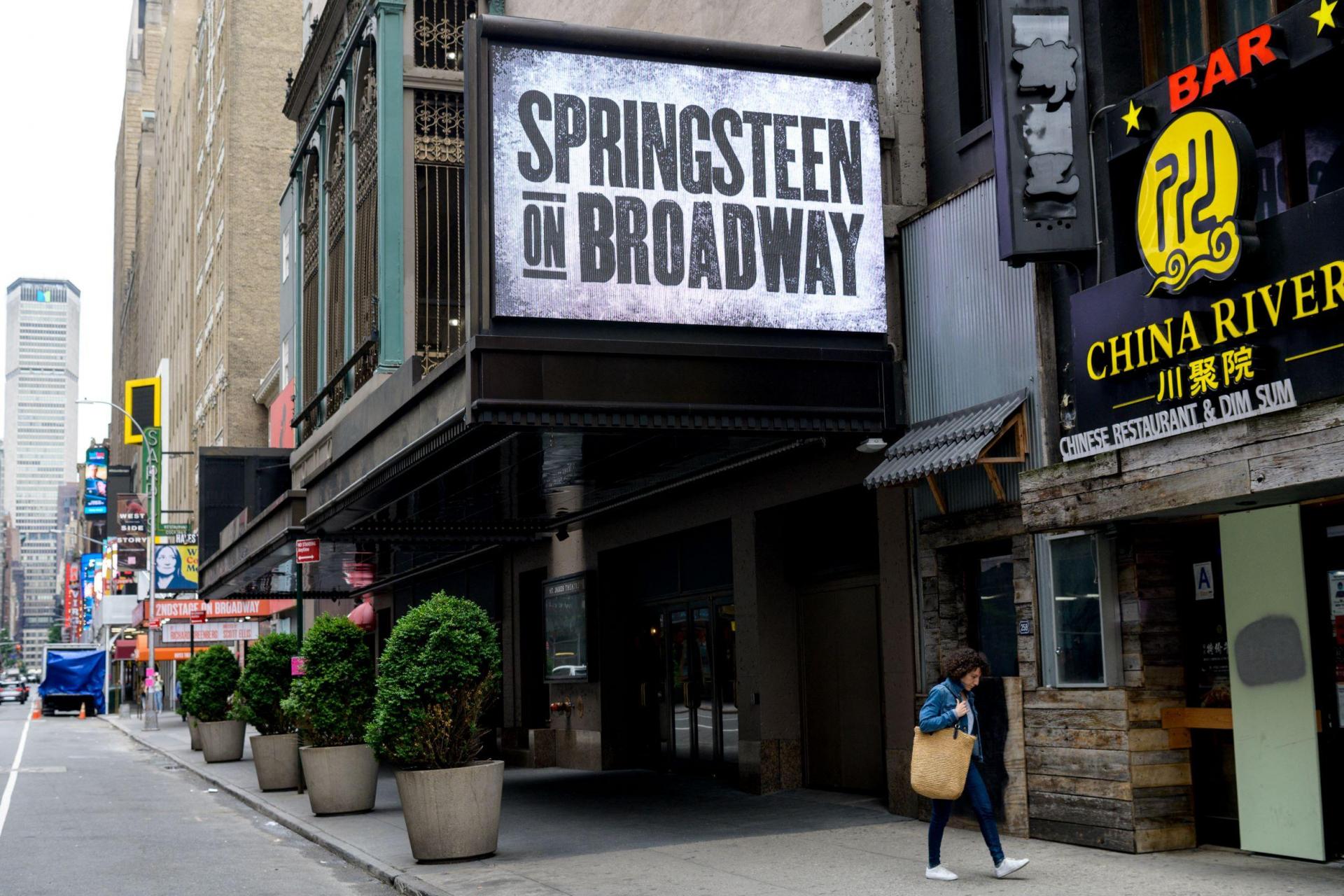 People walk past the St James Theatre after it announced Bruce Springsteen's return to Broadway on June 26th with 'Springsteen on Broadway' on June 11, 2021.

Broadway – due to fully return in September – has not issued a general vaccine mandate, but two shows, Springsteen on Broadway and Pass Over, have announced that audiences must be vaccinated.

The Met employs more than 3,000 staffers, the largest performing arts organisation in the United States.

It has been closed since the coronavirus broke out in New York in March 2020 and is hoping to open at the end of September.

During the shutdown, the institution was rocked by labour tensions over proposed wage cuts.

Tentative agreements with unions representing its chorus and stagehands have been reached in recent weeks.