Nexia BT managing partner Brian Tonna was given a contract worth €5,000 per month as a “person of trust” answerable to Justice Minister Owen Bonnici, documents obtained by Times of Malta show.

A freedom of information request revealed Mr Tonna was given a full-time role as a Justice Ministry adviser between August 2014 to August 2016, and a part-time role until August 2017.

The final part-time contract meant Mr Tonna was a Justice Ministry employee at a time when he was facing a judicial inquiry into potential passport sale kickbacks to the Prime Minister's chief of staff Keith Schembri.

The contracts passed on to Times of Malta and shared with Reuters reveal Mr Tonna, whose financial advisory firm set up secret Panama companies for Mr Schembri and Tourism Minister Konrad Mizzi, was engaged as the minister's “advisor”.

This combined pay put him on a comparable financial package to that of Prime Minister Joseph Muscat.

His initial one-year contract was extended in September 2015.

Notwithstanding the political fallout from the Panama Papers the following year, the Justice Minister again extended Mr Tonna’s contract in September 2016.

This time, Mr Tonna was given a part-time contract which saw his salary reduced to €18,241, although he maintained the €20,000 expertise allowance. His expenses were halved.

In comments to the Times of Malta, Dr Bonnici said Mr Tonna had advised him about issues on EU-funded projects.

Dr Bonnici said the work done by Mr Tonna was delegated to a technical team from Nexia BT.

Despite this, the contract in question is in Mr Tonna’s name as a "person of trust".

Dr Bonnici said he saw no issue with the fact that Mr Tonna was employed by his ministry at a time when he was facing a judicial inquiry for alleged kickbacks and money-laundering.

The Justice Ministry was “admonished” by the Data Commissioner for failing to hand over Mr Tonna’s contract details within the stipulated deadlines set out in the law.

It took the Justice Ministry 57 working days to comply with Times of Malta's request.

Mr Tonna declined to comment citing ongoing inquiries and client confidentiality when contacted by Reuters about his government contract.

Apart from his personal contract with the Justice Ministry, Mr Tonna’s firm Nexia BT has benefited from over €800,000 in government contracts.

The Panama scandal did not appear to dent Mr Tonna’s standing with the Prime Minister’s office either, as his firm was given a €80,000 direct order to continue advising on “projects of national importance”. 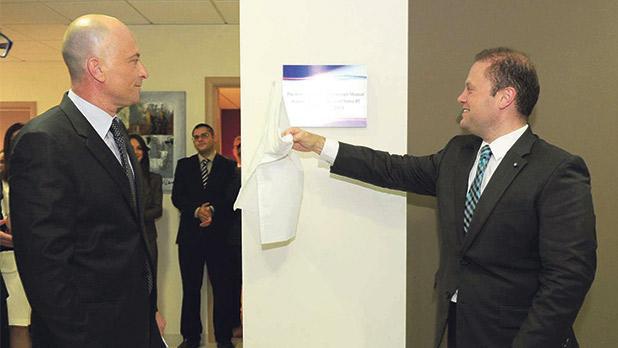 Mr Tonna has described himself as a “personal friend” of Mr Schembri.

An investigation by the National Audit Office published on Wednesday found Mr Tonna and two other Nexia BT employees oversaw the final assessment of the Electrogas 2013 bid for the power station project.

A leaked e-mail authored by Nexia BT said the Dubai-registered 17 Black would pay up to $2 million to Mr Schembri and Dr Mizzi’s once-secret Panama companies.

The Times of Malta and Reuters had revealed in a joint investigation that 17 Black is owned by power station investor Yorgen Fenech, of the Tumas Group.