The latest show by Damien Hirst displays thousands of the provocative British artist’s colourful spot paintings... many of which he will set on fire after selling them in digital form as NFTs.

The exhibition, The Currency, which opens Friday in London, is Hirst’s first project involving NFTs, a new technology growing in popularity as a way of owning art.

At the Newport Street Gallery in south London, huge panels are covered with 10,000 unique spot paintings on A4-sized paper.

Multicoloured dots stretch as far as the eye can see. On the back of each are handwritten phrases based on lyrics of the 57-year-old artist’s favourite songs.

And upstairs in the gallery, six fireplaces are ready to burn the works.

The works date from 2016 when Hirst created paintings he thought could become a kind of currency. 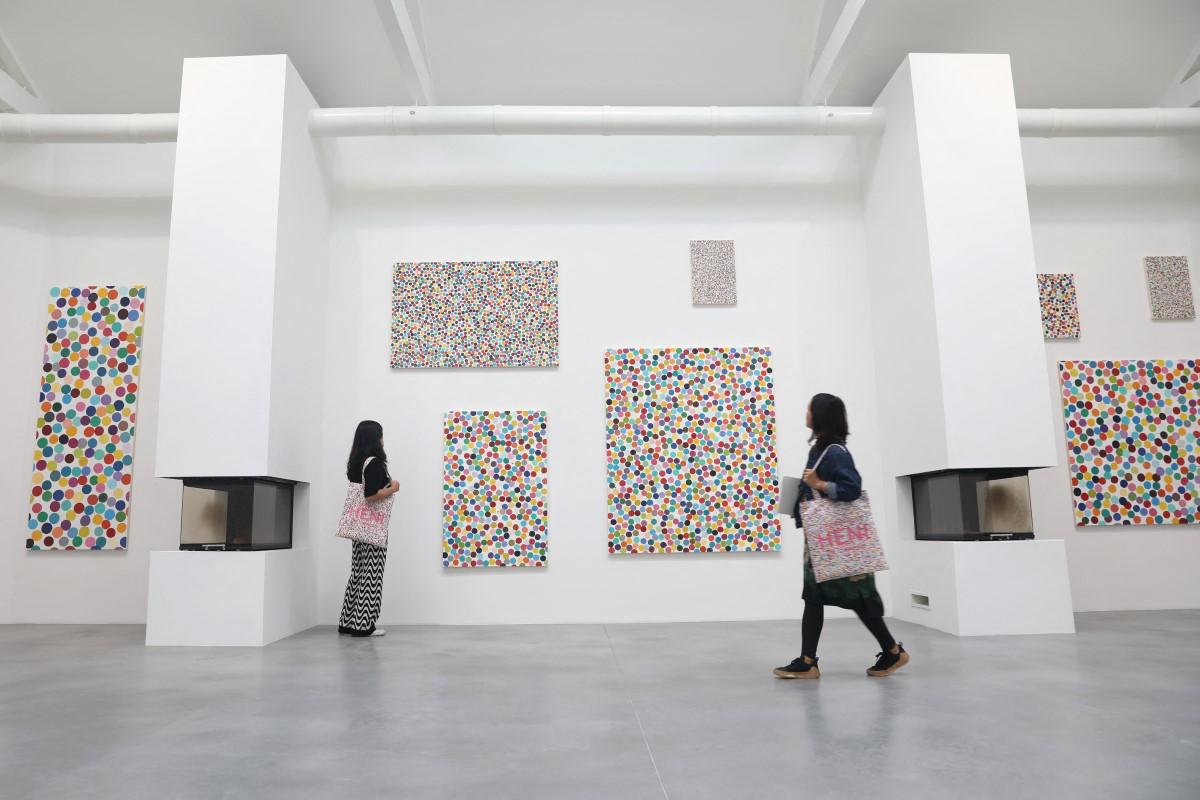 Visitors walk past ovens which will be used to burn some artworks during a photocall of ‘The Currency’ NFT collection. Photo: Isabel Infantes/AFP

But it was two years later that the artist, whose works are among the most expensive on the market for contemporary creators, came up with the idea for the project in its current form.

NFTs or “Non-Fungible Token”, are digital works that cannot be replaced with anything else and are therefore unique.

Each has a digital certificate of authenticity which, in theory at least, cannot be tampered with: it is registered in a blockchain, like cryptocurrencies.

Each of the multi-coloured dot paintings was signed by Hirst. Each also had its own NFT. And prices soared rapidly, with one painting selling for $172,239.

The people who bought the paintings received the corresponding NFT and had a year, until July 27, to choose whether to keep the NFT or exchange it for the original painting.

More than half (5,149) decided to take the painting while the rest opted to keep the NFTs.

The latest show by Damien Hirst displays thousands of the provocative British artist's colourful spot paintings... many of which he will set on fire after selling them in digital form as NFTs. Video: Joséphine Gruwe-Court/AFPTV/AFP

Hirst now plans to burn the 4,851 physical paintings of those who chose NFTs.

“It’s an experiment... We’re forcing people to make their choice,” the artist says in a video.

Hirst will set the works on fire himself at the gallery on October 11, a day before the opening of Frieze London, one of the world’s biggest contemporary art fairs.

He will only burn some of the unwanted paintings, while the rest will remain on display until the exhibition closes on October 30.

“Conceptual artists in the 1960s and 1970s said art doesn’t exist in the art object, it exists in the mind of the viewer, and this project isn’t any different,” says Hirst.

“Art doesn’t have to just exist in the physical world, it can also exist in the digital world too and now because of the blockchain so can the ownership of that art.”

Hirst has made a career out of pushing back the boundaries of art. 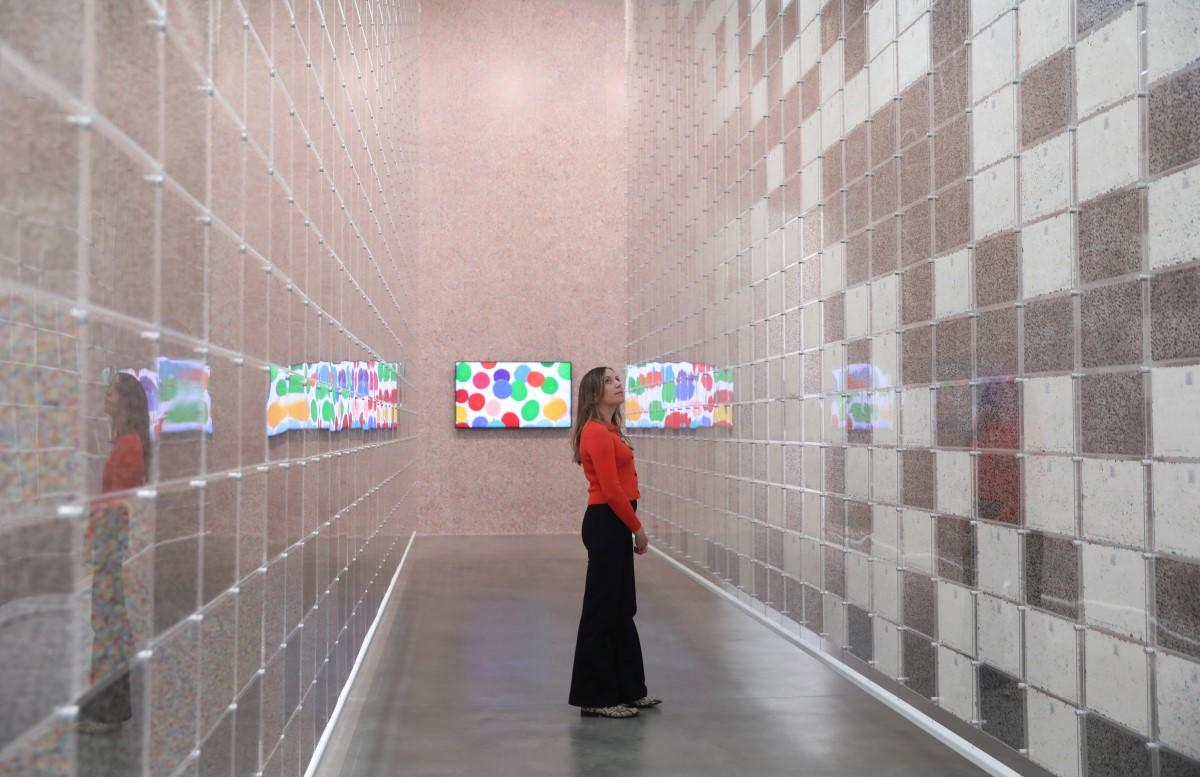 A gallery assistant poses next to ‘The Currency’ NFT collection. Photo: Isabel Infantes/AFP

A shark suspended in a tank of formaldehyde – The Physical Impossibility of Death in the Mind of Someone Living from 1991 – was one early work that got him noticed.

Since exhibiting a diamond-encrusted skull in 2007 – For the Love of God, one of his best-known works – the artist says he has been thinking about the concepts of wealth and value.

“This project explores the boundaries of art and currency – when art changes and becomes a currency, and when currency becomes art,” he says.