Civil society group Repubblika on Wednesday began court action against cabinet, saying ministers should face criminal action for their decision to close the country's ports and ignore people in distress at sea.

The decision, the group said, lacked humanity, did not respect human rights or Malta's national and international obligations.

Cabinet members were collectively responsible for governing the country in accordance with the country's laws, international treaties the country had signed and ratified, and respect for people's fundamental rights.

This rendered those taking the decision liable for breaching human rights as well as for criminal action in view of the lack of action being taken to protect life, they said in a judicial protest filed in court. 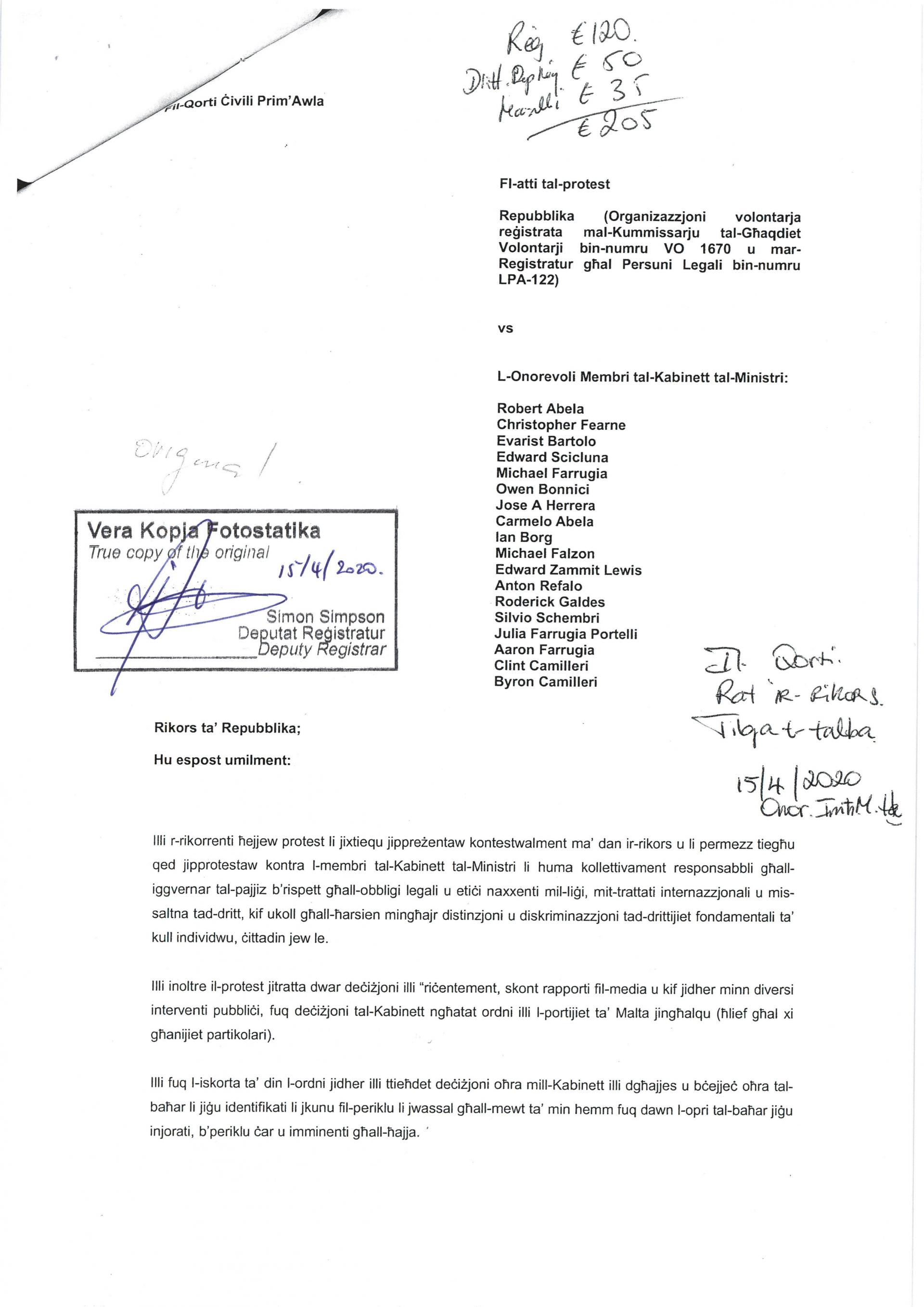 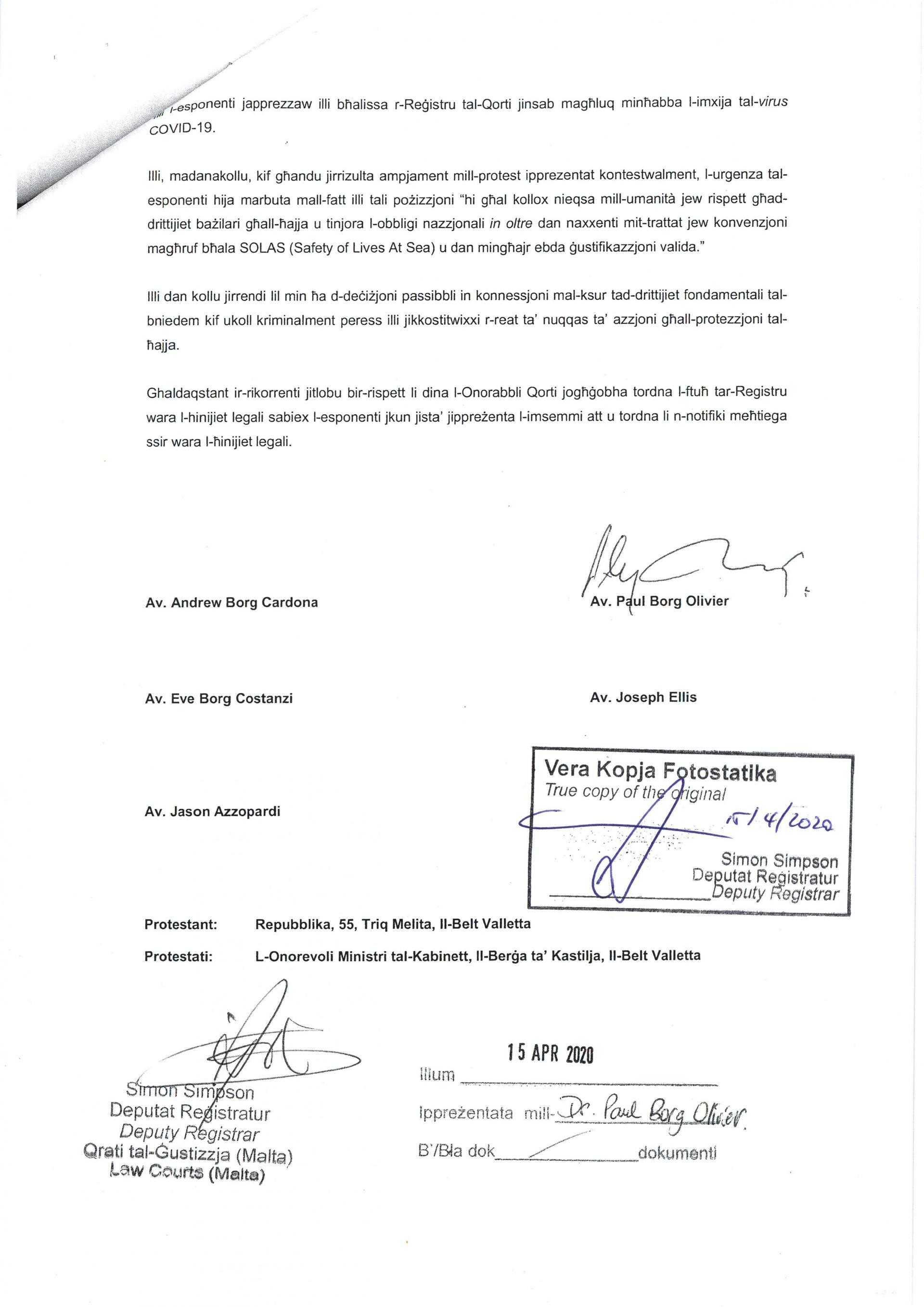 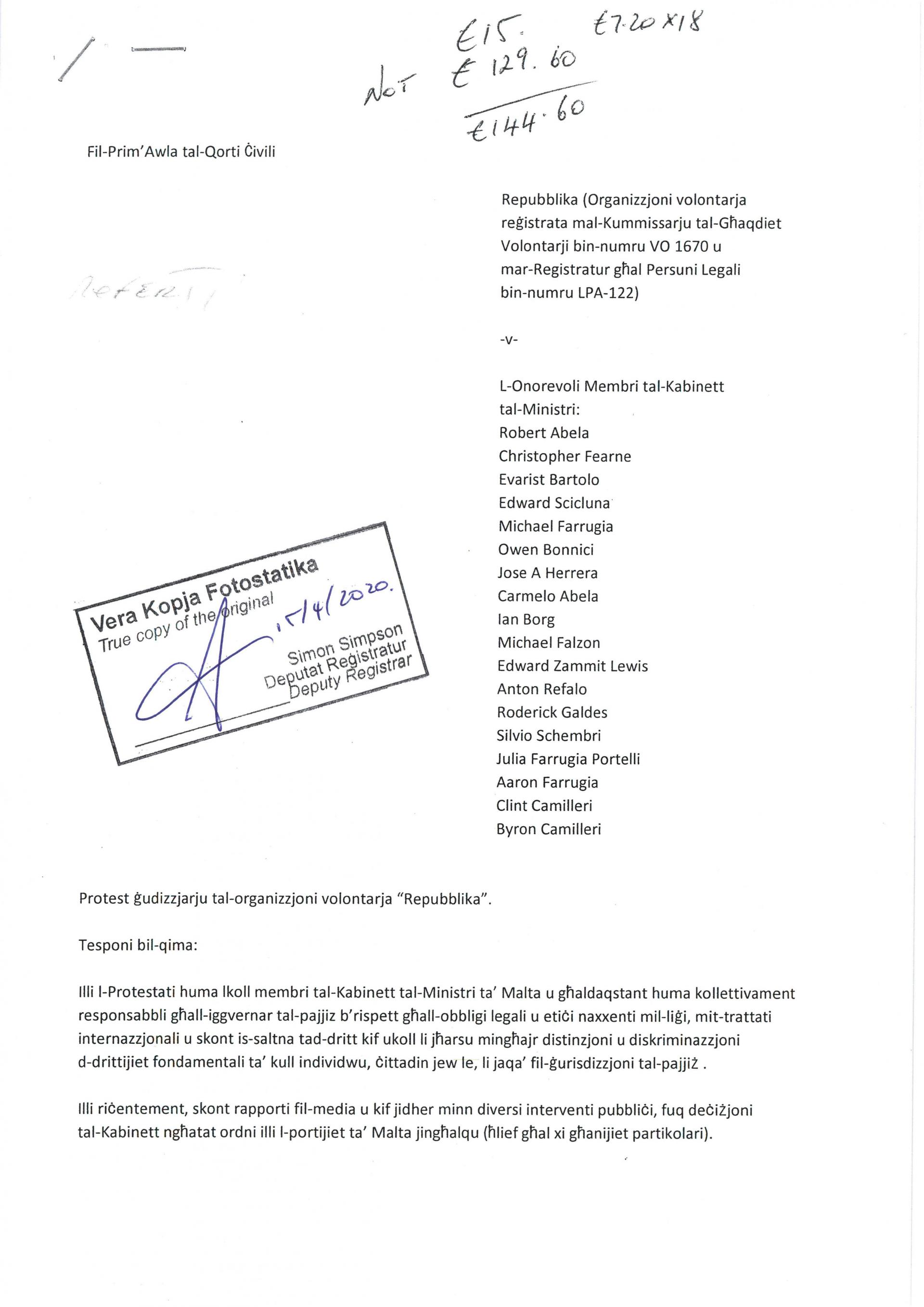 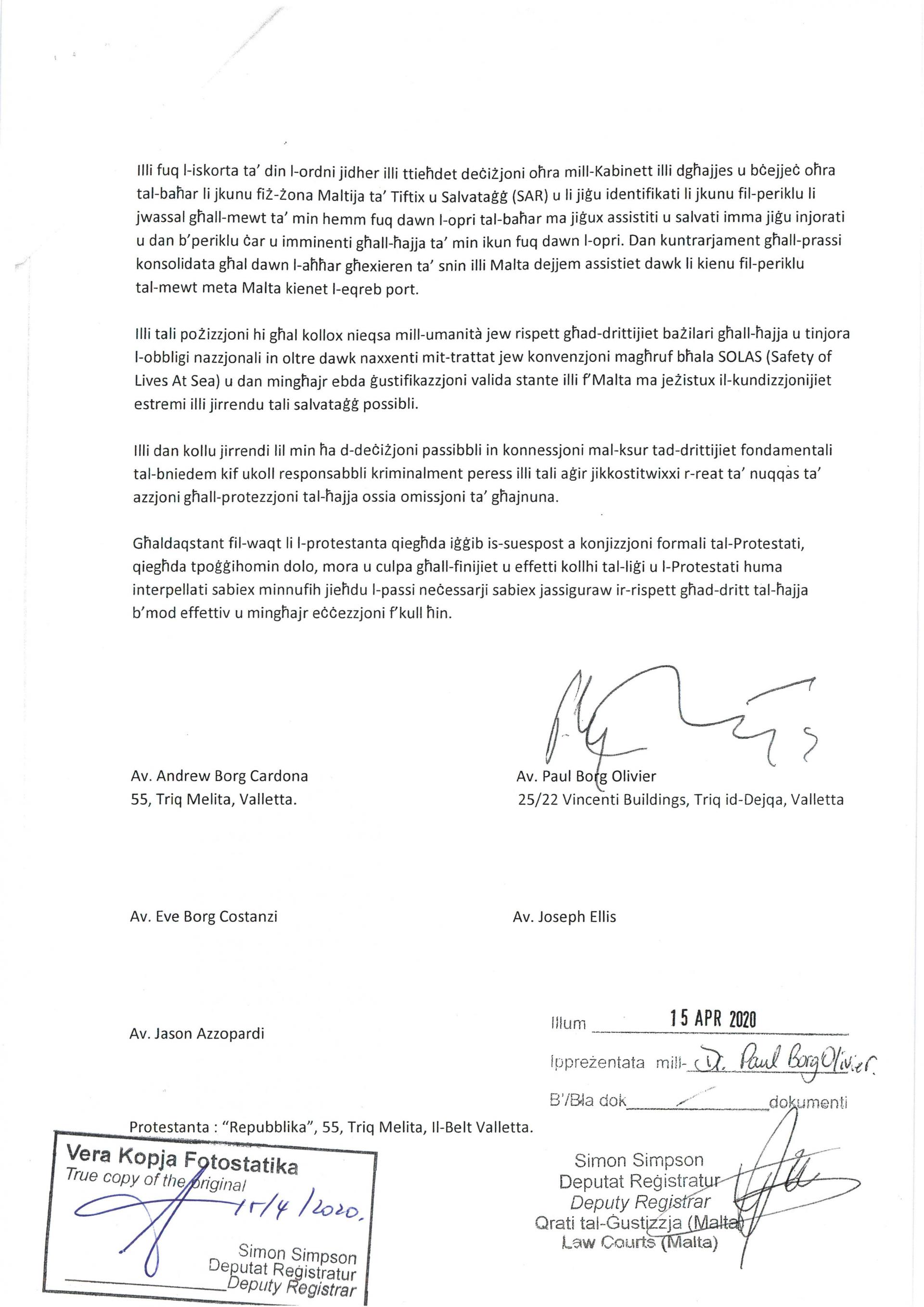 Repubblika also filed an urgent request at the European Court of Human Rights seeking an interim measure for Malta and Italy not to allow refugees fleeing Libya to remain abandoned at great risk to their lives.

It argued that the European Convention for Human Rights bound both countries to do all that was necessary to protect life, even that of people who were not its citizens.

Repubblika said it was certain that the Maltese government knew that the situation in Libya was of clear danger to the life of immigrants and disastrous to their dignity.

The European Court had already, in July 2013, stopped Malta from pushing immigrants back to Libya.

This was apart from the fact that it was to blame for those who died as a result of the cruel politics and inhumane decision of the Robert Abela government.

Repubblika said it was sad that lives had been lost and would ensure that although their names would probably never be known, those who died would get justice.

It said it held the Prime Minister and his Cabinet responsible for the decisions they took which led to these migrants’ deaths.

Malta shut its ports to all migrant vessels and NGO rescue ships last Thursday, saying the country could not coordinate any rescues or allow migrants to disembark due to the public health emergency called to combat the COVID-19 pandemic.

On Wednesday, the International Organisation for Migration said that at least five people aboard a boat that had been adrift in Maltese waters had died. The migrants are believed to have set sail from Libya last week.

Survivors were picked up by a commercial vessel and handed over to the Libyan coastguard, who took them to Tripoli and detained them.

According to international law, forcibly returning asylum seekers to a country where they are liable to prosecuted - refoulement - is a crime.