Health Minister Chris Fearne, who is in a good position to replace Joseph Muscat at the helm of government, has dismissed the suggestion that his chief of staff may have a conflict of interest over her commercial links.

Upon her appointment as Mr Fearne’s aide last year, Carmen Sammut was also a director and shareholder of several commercial companies, including Mall Systems Ltd. The latter IT company has been supplying services to the Health Ministry and its various entities that fall under Mr Fearne’s political remit since Labour was returned to power in 2013.

Most of the government’s procurement from the IT company was done through direct orders, without any competitive call for tenders.

According to the latest information published in The Malta Government Gazette, last May, while Ms Sammut was serving as Mr Fearne’s aide, Mall Systems Ltd was given another direct order by the Health Ministry for “on-site maintenance and support for iSTK and Bi Stock Control system”. 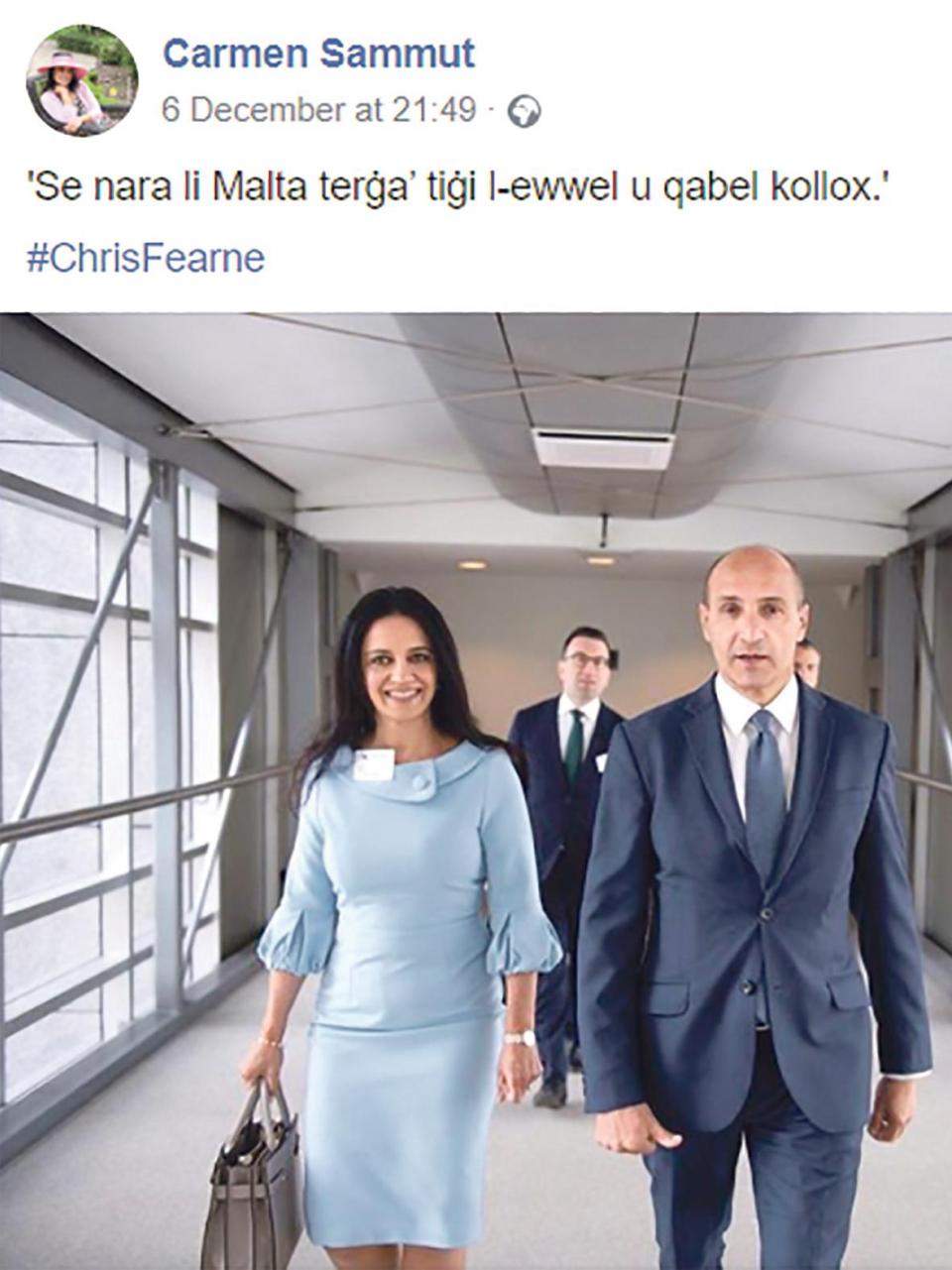 Asked if he thought there was a conflict of interest in the fact that Ms Sammut’s company was receiving direct orders from the minister she works for, a spokesman for the Deputy Prime Minister dismissed the suggestion.

“Ms Sammut resigned from her post as director of Mall Systems Ltd, prior to her engagement with the Office of the Deputy Prime Minister, and currently holds no post with this company,” the spokesman said.

The ministry also refused to give a list of all direct orders handed to Mall Systems Ltd since 2017. It added that: “Maintenance of the current IT system at Mater Dei Hospital – installed in 2014 – is performed by the service providers – Mall Systems Ltd”.

Research conducted by Times of Malta shows that although Ms Sammut is no longer registered as director of the company, there are still direct links between her and the operations of Mall Systems Ltd. Until a few months ago she was still the sole shareholder of the company and is now still listed as the company’s legal representative.

According to a declaration of transmission of shares filed at the registry of companies in June, Ms Sammut has divested all her shares in the company. The majority were transferred onto her husband, Mark, a former political appointee on the board of Transport Malta. Other shares were transferred to Mark Bruno Olivier, now managing director of the IT company and a Transport Malta employee until November 2018.

A consultant to former PN finance minister John Dalli, Mr Sammut had been supplying IT services to Transport Malta while serving on its board of directors.

Transport Malta had justified this apparent conflict of interest by stating that Mr Sammut transferred the shares of his company to his wife Carmen.

Times of Malta had also reported that last year, after resigning from Transport Malta, Mr Sammut, through another private company, Cursor Ltd, was given a €100,000 direct order by the Lands Authority to serve as a consultant to its CEO, James Piscopo.

Mr Sammut had served as director at Transport Malta when Mr Piscopo, the former CEO of the Labour Party, was the executive chairman.