Malta is well prepared in the event of the coronavirus spreading to the country, health authorities have said after concerns sparked panic buying at supermarkets and pharmacies.

They called for calm and said fake reports on social media were causing “unnecessary alarm” after the outbreak in Italy spread south, including to neighbouring Sicily.

There are no known cases in Malta and one person who was tested after arriving from Italy on Tuesday confirmed negative, authorities said.

The cameras, which measure body temperature, will be introduced from Wednesday at the cruise liner terminal in the Grand Harbour and for catamaran passengers arriving from Sicily.

Asked why the thermal cameras were being introduced at the ports on Wednesday, the authorities said they only arrived on Tuesday.

Earlier the nurses union had warned that staff at Mater Dei hospital were not being prepared for a possible coronavirus outbreak but this was refuted by the head of infectious diseases unit, Michael Borg.

He said this was “incorrect” as some 350 nurses had been trained in the emergency department, the infectious diseases ward and the intensive care unit.

Christopher Barbara, head of the pathology department at Mater Dei said there was no need for extreme measures like avoiding crowds or not sending children to school.

He said the mortality rate of the coronavirus was low, at 2 per cent, and that those at risk were elderly people suffering from other complications.

The authorities also advised people to avoid nonessential travel to China, Hong Kong, Singapore, Japan, Iran, South Korea or the northern parts of Italy and anyone returning from those countries or regions should self-quarantine for 14 days.

Anyone returning from those areas who develops a fever, cough or shortness of breath within 14 days should contact their doctor.

People should not visit health centres or the hospital’s emergency department, authorities said. 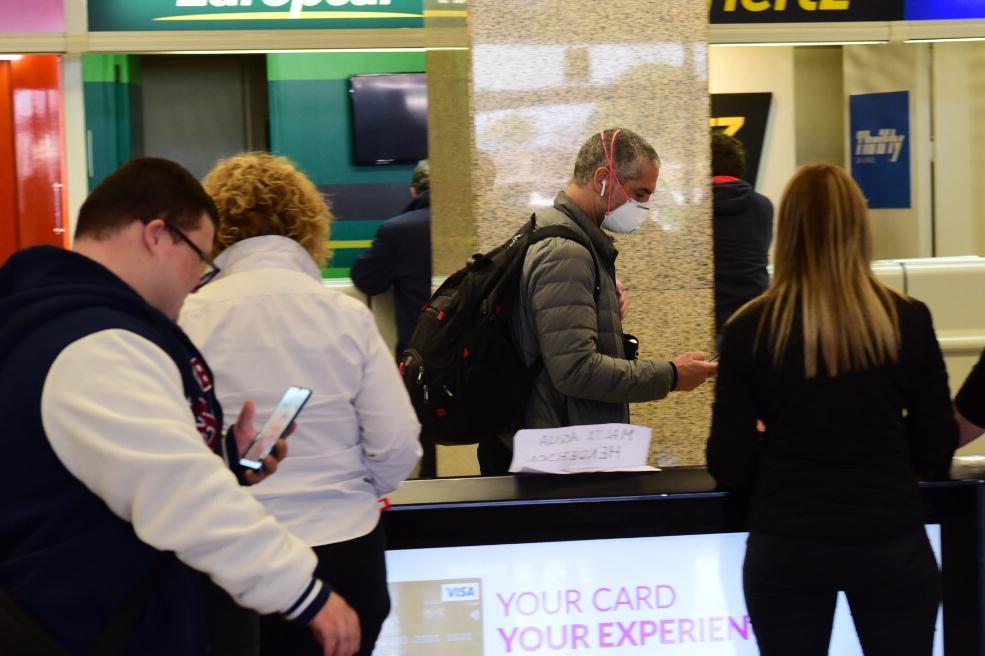 Some passengers at Malta International Airport are taking precautions including wearing face masks.

Two patients were tested for the virus at a health centre after landing in Malta from Bergamo with a fever on Monday. A third patient arriving on Tuesday also tested negative.