During a recent interview in Vittoriosa, Transport Minister Ian Borg spoke about the proposed Marsascala yacht marina where he made a subtle reference to me.

As minority leader on the Marsascala local council, I have fought for the well-being of Marsascala for many years, something residents can vouch for. I represent the Nationalist Party but I am proud to say that I enjoy the respect of all residents, irrespective of what political party they embrace.

I do not need any minister to act as my canvasser to help me gain popularity. The active role I take within the local council is well-known and I am very pleased with the encouragement and support I get from the community. Although a seat in parliament will be welcome, it is not a top priority.

While in Vittoriosa, Borg referred to the Vittoriosa marina and said that, in 1998, the PN had gone ahead with this project when elected to office, despite having backed Dom Mintoff’s opposition to it when in opposition. However, such a statement is deceitful. Mintoff was defending the rights of the residents of Cottonera and public access to the area remained in place when the marina was built.

Vittoriosa marina is in the outskirts of the locality and does not affect the community. With the drydocks polluting Cottonera, a yacht marina was indeed an upgrade, happily welcomed by the community.

This is a completely different situation to Marsascala. The characteristic bay, running deep into the centre of the village, offers the only open area where families who cannot afford luxurious yachts or expensive holidays can at least go for a walk around the area, enjoying beautiful views of sunrise and sunset.

The ‘Blue square’, as it is affectionately known, brings the community together. This can indeed be a tourist attraction and is much sought after in the concrete jungle Malta has turned out to be.

Most of the bays in the south have already lost their charm due to a power station, a freeport and a sewage plant- John Baptist Camilleri

All of this will be ruined with a yacht marina, which will only turn the village into one whole garage serving the few rich who can afford yachts, and ruining the lives of thousands of residents and visitors, mostly from the south. Is it not enough that most of the bays in the south have already lost their charm due to a power station, a freeport and a sewage plant, among others? 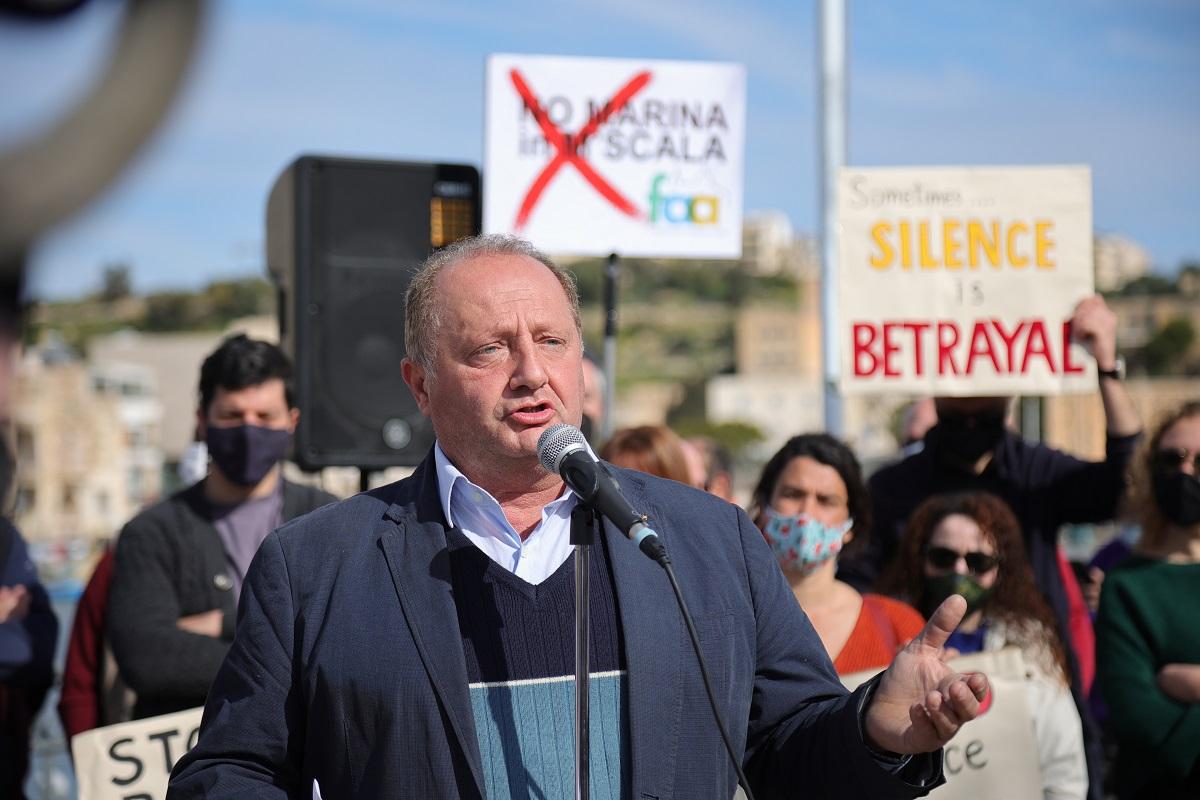 Indeed, unlike Vittoriosa, a yacht marina in Marsascala will degrade and not upgrade the village. It is not the kind of embellishment Marsascala needs.

I am impressed with the numerous ideas and suggestions that people who live in the area have come up with. If only the minister would listen to their ideas about how Marsascala can be upgraded to the highest levels, to be enjoyed by residents and visitors alike.

No, Minister Borg, this is not a political issue as you imply. This is a health issue for the locals. They have the right to enjoy health and serenity and no one has a right to take it away from them to accommodate the few. I sincerely hope that the minister realises that, since 1998, in Mintoff’s time, and 2006, when local plans were drawn up, things have changed drastically.

The population of Marsascala has tripled and most streets are suffocated by high buildings. Therefore, what is left of the natural environment needs to be protected by law. Certainly, a yacht marina in the centre of a village does not in any way contribute to the enhancement of Marsascala.

As it stands, about 94 per cent of Marsascala residents feel that the marina is not a good idea for the village. A number of NGOs have joined in the fight against the butchering of our beloved town. Thousands have voiced their concerns and many have protested. Environmentalists, fishermen, Labour MPs, local boat owners and the local feast groups have publicly rejected the marina.

Minister, I am aware you want to get things done but not every corner in this country, and the sea that surrounds it, needs to have concrete and destruction at its core.

If you truly care about the country that has raised you and elected you, you will act based on the best interests of the people and listen to them for a change.