No one was injured in an attempted hold-up at the heavily guarded HSBC Centre in Qormi during which shots were fired.

The police said that at around 7.45 p.m. they were informed that suspicious persons had been observed at HSBC Centre (Centru Ruzar Briffa). A police car which was on patrol in Qormi was deployed to the area. As it stopped near the bank , a car which had been parked opposite drove off in a way which raised suspicion.

The police gave chase, but the car managed to slip away.

When the police returned on the HSBC centre, they noticed three people coming out of the centre. On seeing the police, they opened fire. The police shielded themselves behind their car and fired back. Some 17 shots are believed to have been fired.

The three men, believed to have been wearing wigs and moustaches, had earlier held a security officer inside the premises and demanded cash. They stole the security officer's pistol.

As the alarm was raised and the hold-up was disrupted another car drove up, picked up the three and drove off at speed towards Sta Venera.

No cash was stolen.

More police units were immediately sent to search the area. One of the cars used by the robbers was later found on fire in Mosta.

The police said that no one was injured, but their police car had several bullet holes. Another car had its rear windscreen smashed and a showroom window was also hit.

It is understood that the thieves were also carrying a petrol bomb, which they did not use. 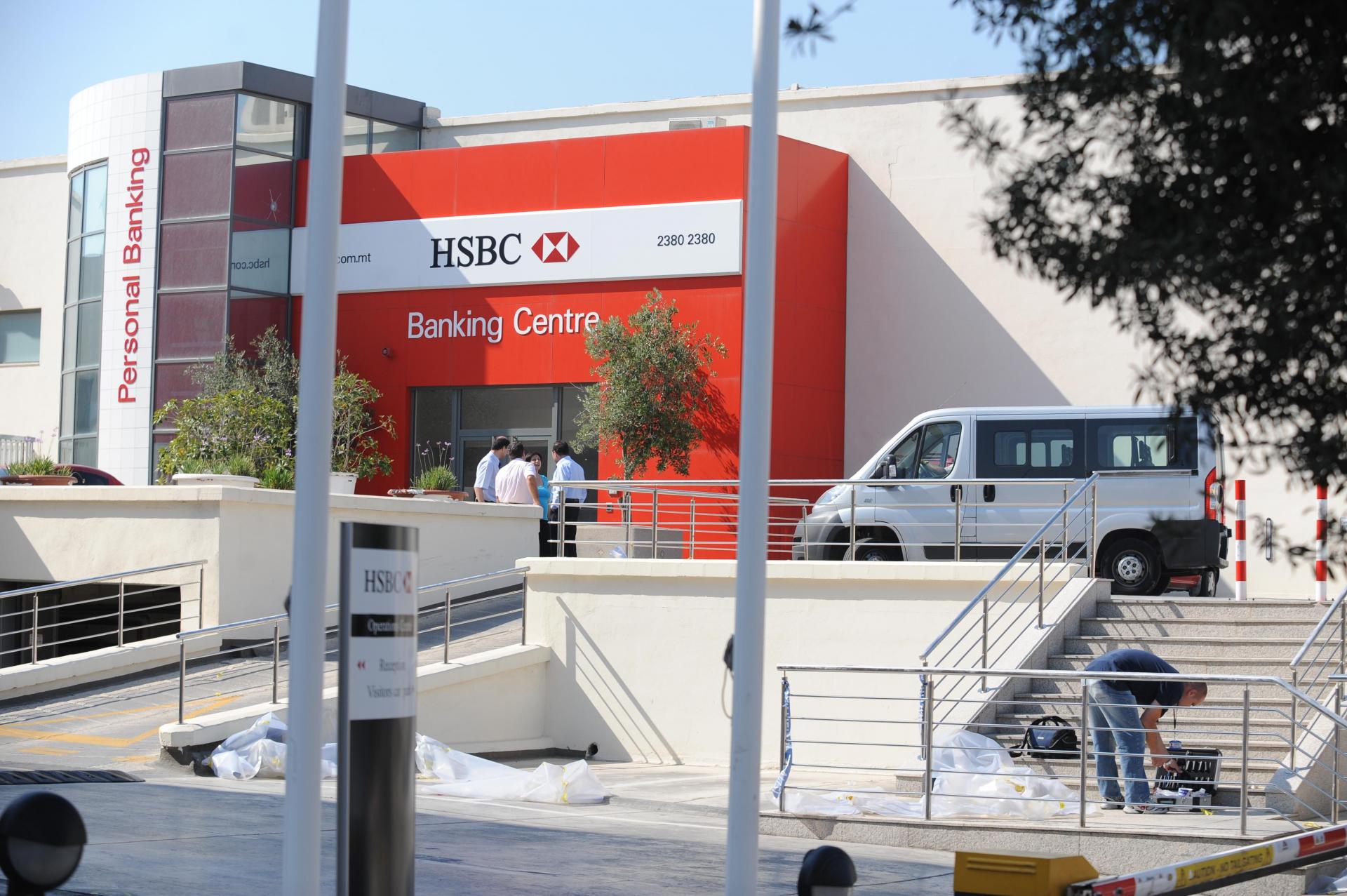 The Qormi shootout recalled memories of a similar event, in the early 1990s, when a shootout also broke out when the police foiled a hold-up at HSBC Bank St Andrews.

While the hold-up was in progress, a bank employee in an upstairs window managed to draw the attention of policemen in a patrol car which happened to be going by. A shootout took place and one of the robbers was injured. Nothing was stolen.

The most spectacular recent successful hold up took place in December 2007 when thieves stole €1 million from the HSBC band branch in Balzan during the run-up for euro adoption.