A Maltese resident who could not afford the exorbitant quarantine hotel rates had no option but to spend 14 days in isolation in a small, "filthy" room with a stranger, despite having her own home in Malta.

Charity O'Fate, who is a Maltese resident and rents a home, had no option but to self-isolate at one of the government's quarantine hotels upon her return from Nigeria after visiting family in August.

Nigeria is one of many countries on Malta's so-called dark red list, meaning anyone who travels there must stay at one of the two government-approved hotels for 14 days.

But unable to pay the exorbitant hotel rates - those in quarantine must fork out €1,400 - O'Fate opted to share a room with another woman who had arrived in Malta around the same time as her.

The two women did not know each other and were only paired up after they both complained to the authorities they could not afford the price of the hotel.

O'Fate said she had to wait around 12 hours at the airport before the authorities moved her to the three-star hotel.

And while already in shock over having to spend 14 days cooped up with a stranger, what O'Fate found waiting for her on the other side of the hotel room door was even more upsetting.

The rooms in the three-star hotel chosen by the government for O'Fate had old, matted carpeting, filthy balconies, mouldy bathrooms and bad internet, the woman said. 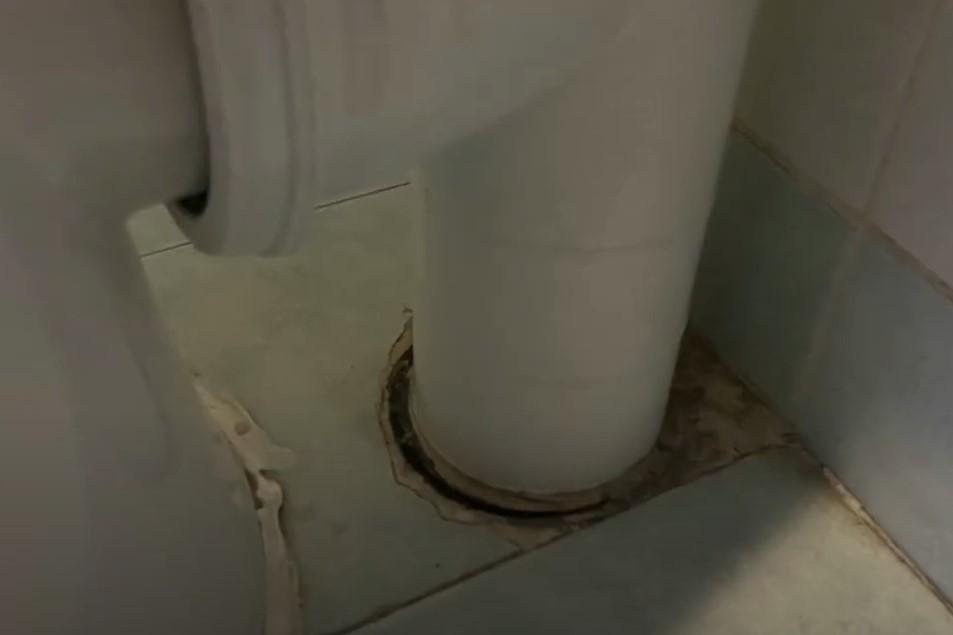 The toilet in the hotel room.

Documenting the state of the room through a video uploaded to YouTube, O'Fate said the room was definitely not worth the €100 per night.

She describes how she would wait by her door in the hope of hearing someone from the hotel's cleaning team to ask for clean towels, fresh linen and soap. Garbage bags often lined up the corridors as those in the rooms tried to clear up their small space often to keep the room clean.

The room was equipped with a small fridge, O'Fate said, but any food she wanted heated up had to be taken to the hotel's kitchen as there were no other facilities in the room.

She left the quarantine on Sunday after testing negative for COVID-19 twice, but her troubles are far from over. Being unable to pay the full amount due, she has been told legal action will be taken against her. 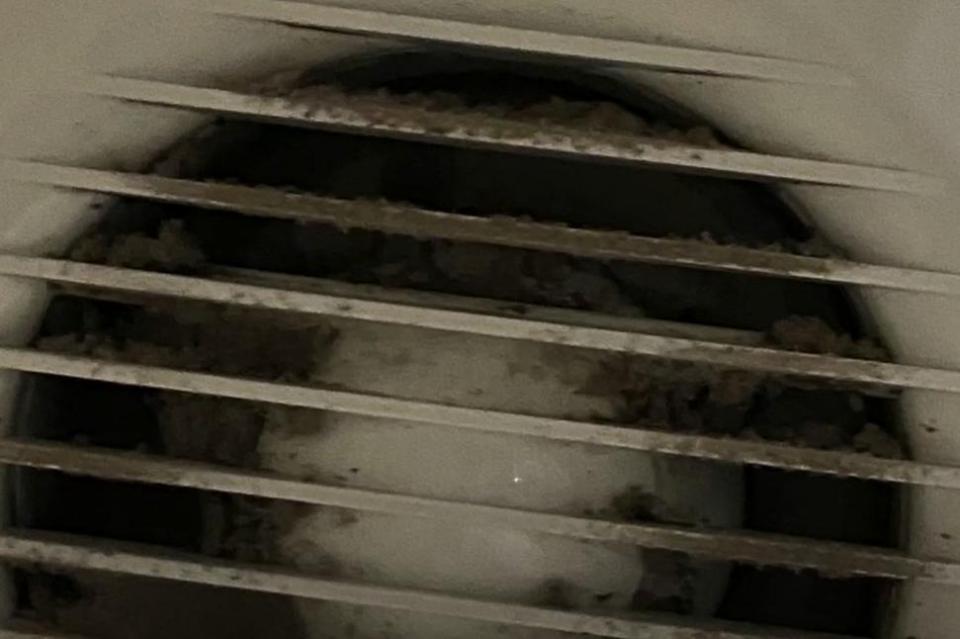 The extractor fan in the hotel room's bathroom.

"I was told I will receive papers. But I have to find a way to get my money back. I will keeping fighting not just for myself, but for others too," she told Times of Malta on Tuesday.

Issues with the quarantine hotel have been making headlines in recent days as more Maltese residents were forced to quarantine in expensive hotels rather than their own homes.

On Monday, three family members, forced to quarantine for 14 days at a hotel upon their return to Malta from a ‘dark red’ destination, filed a judicial protest, saying such a "draconian" measure by the superintendent of public health breached their fundamental rights.

When contacted, the Malta Tourism Authority said that while it "categorically denies that passengers were made to share a room", only those travelling together are offered this option.

"No one is forced to share a room. Many of the times, however, the travelling guests actually ask to share the room themselves, to minimise the cost," the MTA said.