A final decision on a controversial planning application to turn a century-old
vernacular house in Sannat’s village core into an apartment block was postponed once more by the Planning Authority's Planning Commission on Tuesday, giving developers more time to address objectionable issues.

The Planning Directorate and the Superintendence of Cultural Heritage have both objected to the application but the commission, presided by Elizabeth Ellul, on Tuesday told the architect to come back in a fortnight after addressing sanitary issues flagged by the Sanitary Engineering Offices.

During the meeting, neighbours and the local council raised vociferous objections that the building, if permitted, would scar the characteristics of the old Gozitan town. They also insisted that the application infringes various planning rules.

Ms Ellul did not contest any of the issues but put off the hearing.

During the meeting the architect representing the developers, Saviour Micallef,
refused to address the board in English, as requested by the objectors since they
include foreigners. He insisted he “only speaks in Maltese”.

Visibly angry, Mr Micallef also complained about the media coverage being given to this controversial application, saying that “the media did not write anything when the next door permit to his proposed development took up a tumolo of ODZ virgin land”.

During the short hearing, the objectors, led by Joanna Spiteri Staines, also raised
the issue of the developer marketing the apartments for sale on his website, even before he had applied for the permit, let alone being granted one.

“It is clear that the developer, despite knowing that his application was so
controversial, started offering apartments for sale, presuming with certain
certainty that this Commission will still approve his plans,” said one of the objectors, a British resident.

No comments were made by Ms Ellul on this point.

The application was presented to the PA by Mark Agius, known as Ta'
Dirjanu, a business associate of Joe Portelli, Gozo’s development magnate.

The house and its large garden were acquired by Joe Portelli, although he did not put his name on the application.

In view of previous suggestions made by the Planning Commission after
objections by the directorate, the developers had addressed some of the issues in order to make their development acceptable.

These included the retention of the building's façade and not its total demolition
as originally planned and the reduction of the number of units they want to build,
from 16 to 15 flats.

The area’s streetscape is vernacular with two storey buildings all along.
The development submitted includes a third story, although receded. 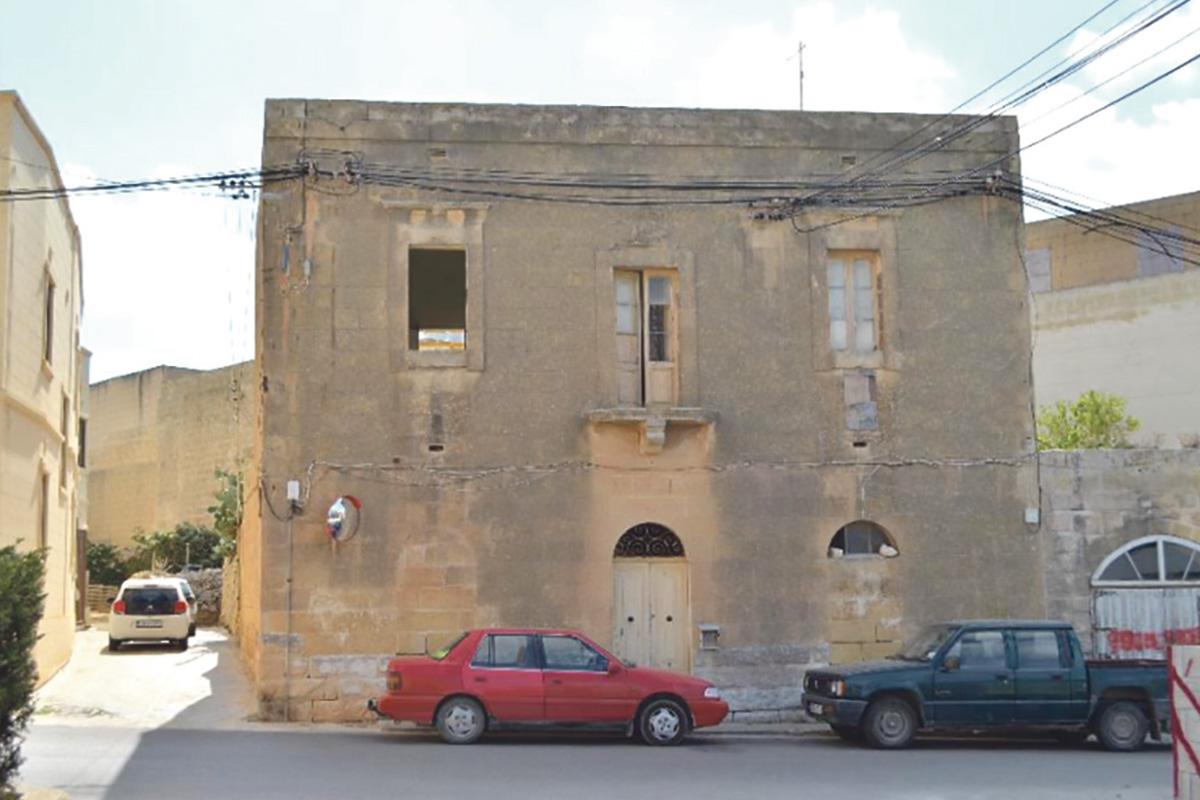