The proposed Malta-Gozo tunnel project is financially viable even without state subsidies Transport Minister Ian Borg insisted on Thursday, adding that the tolls would only be determined at the end of negotiations with the preferred bidder.

“On the basis of what was presented to me, even with the current volume of traffic the project is already viable,” he said.

Dr Borg was replying to questions by Times of Malta during a news conference marking the issue of a pre-qualification questionnaire for investors interested to tender for the “biggest ever infrastructural project” ever commissioned.

Stretching over 14 kilometres between Nadur in Gozo and l-Imbordin on the outskirts of St Paul’s Bay, the tunnel must have a capacity to carry at least 9,000 vehicles daily and a lifetime of at least 120 years.

The questionnaire does not delve into the financial aspects or in the logistical operations related to the construction phase.

Fredrick Azzopardi, CEO of State agency Infrastructure Malta which is handling this project, said that the preferred model was to have no state subsidies, whereby the operator would recoup the huge investment made through the tolls.

However, the term of the concession would only be determined in agreement with the operator.

Moreover, no figure was given on the estimated cost of this project, on the grounds that this could only be determined at an advanced stage of negotiations. 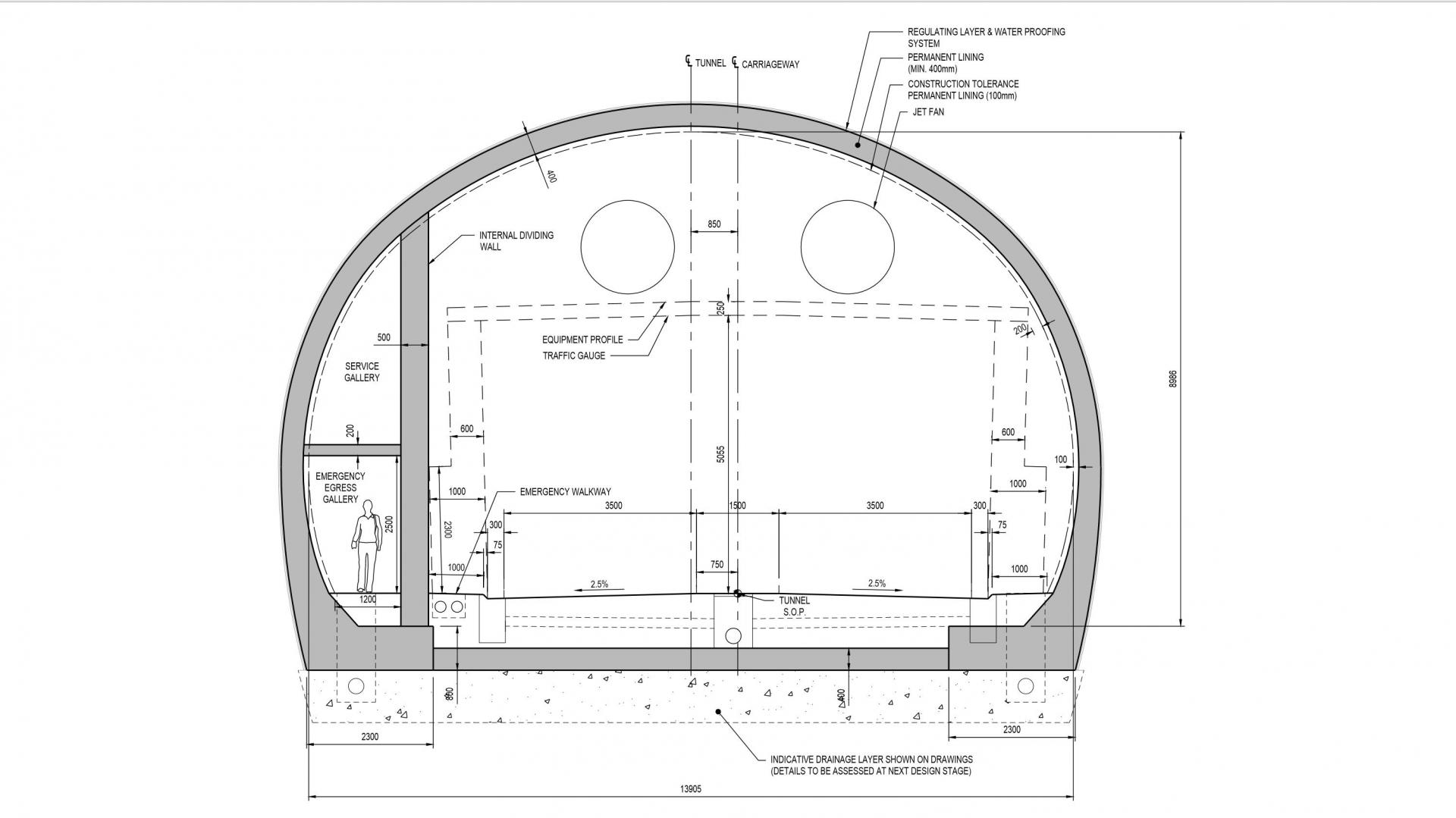 The conceptual design being proposed by the government.

Asked what options were being considered by the government on how to dispose of the huge amount of inert material which would be excavated, the transport minister said this “resource” could either be sold or else used in land reclamation projects.

The Infrastructure Malta CEO pointed out that any decision in this regard had to be taken with the approval of the Environment Resources Authority.

Though it was pointed out that the designs submitted so far were only of conceptual nature and could change, the government is looking at having two separate lanes, one in each direction.

While not ruling out considering alternative designs which could incorporate space for a metro, Dr Borg hinted the government was not very keen on such possibility. He said that in order for a metro to be viable, Gozo’s population had to be of at least 120,000. This is not our vision for the sister island, he said.

The news conference was also addressed by Gozo Minister Justyne Caruana who remarked that this project would be crucial to reverse the ageing population of the sister island.