One evening a few months ago, I received a screenshot of what I can only describe as one of the most moving and inspiring paintings I had seen in a while.

It was not only the talent that was showcased in the brushwork, which I fell in love with, but the feeling the painting itself gave me. There was passion in there and nostalgia too; I’m still not sure what I was nostalgic for but I did know that I was looking at something full of soul. 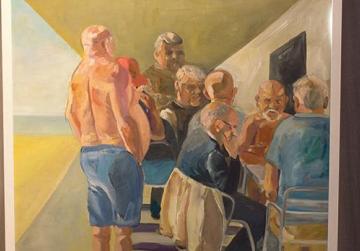 After managing to track down the original article that the screenshot was taken from, I remember feeling a little sad to read that the photo had been taken in Barcelona but concluded that I would propose an interview if she chose to exhibit in Malta. My wish was granted sooner than I thought.

Tina Mifsud, who is holding her first exhibition in Malta entitled Plajja: Playa, says: “My parents always made sure to nurture my crea­tive side. In fact, I was four when I started painting lessons after I left what they must have thought were very creative scribblings on the walls. My primary schoolteacher continued to encourage them and so they increased my amount of lessons. Ever since I was little I’ve used painting as my go-to thing to combat stress and just relax.”

Although Tina was always very sure of her path, her father encouraged her to do something else as a backup, just in case her passion wouldn’t be enough to feed her: “Although I did both my O level and A level in Art, I read for a degree in Tourism Studies, and after I completed that, I worked for two years in the tourism industry. This industry being the way it is, I was working round the clock, and after some time I decided that what I really wanted was to bite the bullet and take a chance on being a full-time artist. I started looking at places in Paris, Italy and Barcelona, and finally settled on the latter. I have no regrets.”

Like many other artists, Tina uses her art as a means of expressing herself. Art is not just something she does but it is her very voice: “I can’t explain how free I feel when I’m painting. No matter what mood I am in, I’m still able to produce because it is my way of getting in touch with my emotions. In fact, this series stems from my own insecurities and my attempt to come to terms with them.”

In Plajja: Playa, Tina picks at the concept of beach culture and the confidence of certain people at the beach, a confidence she herself was eager to understand and procure for herself: “I love people watching and observing, and I remember being at the beach and seeing many people from the older generation being completely confident and comfortable in their bodies, and all I could think was: is it social media that is making us so self-conscious? I was so attracted to the way that they were just able to be in the moment in a way that I don’t witness in younger people. I also had this sense of nostalgia for a Mediterranean way of life which appears to be fast disappearing.” 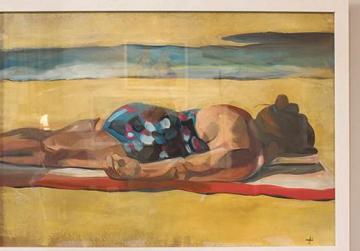 A concern that Tina had was how people would relate to her work, something which I myself find to be particularly interesting given how familiar yet evocative her paintings appeared to me. Her unique approach saw her building character profiles around each and every person who piqued her interest:

“I have a diary where I build character profiles. I would look closely at their unique charac­teristics, take photos of them and then paint them. Each person has been given their own fictional name and profile, so to speak. For me, if there is no connection with the subject, then it is simply not art. I look at what I have done and it makes me feel happy because I’ve tried to capture their essence, the movement in their stillness.”

A definite and defining labour of love, the collection took six months of non-stop work to put together and two years of research before that became a form of therapy for Tina: “When I got to Barcelona, I gave myself a year in which to grow as an artist. The plan was always to have an exhibition at the end of that. I was always taking my camera to the beach and taking photos of anyone who caught my eye in Barcelona and Malta and then coming home and putting everything in folders on my computer. Eventually, I just opened the folder and started to paint. The biggest one took me around three weeks to finish. Everything about this process has been completely organic and natural and it has led me to what I hope will be the next step in my journey.”

What is this next step? “I think I will be doing a series of self-portraits. I will be photographing myself in various positions and I will see where that takes me. From the very beginning, this process has been about me accepting and facing myself as I am. This collection stemmed from something deep inside me and I want a continuation of this. It is a blessing that I am able to express myself to the world through my art. It is not just my therapy; it is my home.” 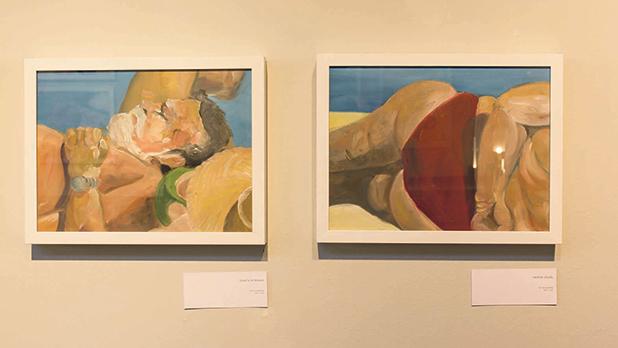 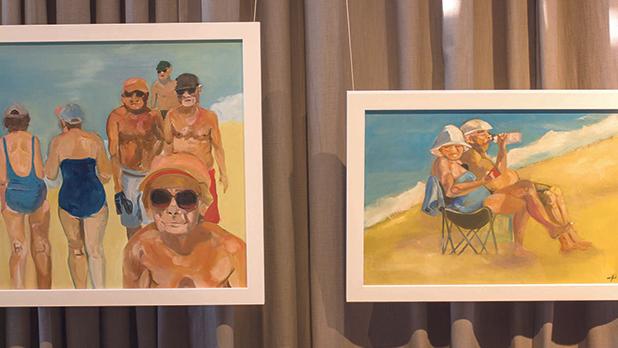 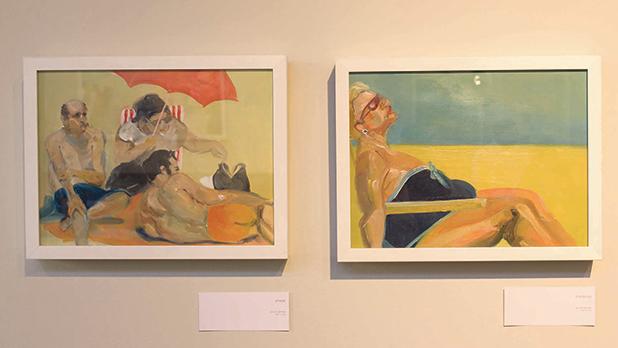