Facebook has blocked a photograph of a 16th-century statue in the Italian city of Bologna on the grounds that it is "explicitly sexual".

Writer Elisa Barbari had posted a photo of the statue of Neptune that stands in the city's eponymous square to a Facebook page she runs promoting Bologna's cultural heritage.

But the photo was not approved by the social media giant, which in a message told Ms Barbari that it "violates Facebook's advertising guidelines" and was "explicitly sexual" since it showed the body "to an unnecessary degree or concentrated needlessly on body parts".

Ms Barbari reacted to the news with disbelief, posting a screenshot of the message she had received and writing "Madness!"

She later went on to note that in the 1950s, schoolchildren would celebrate graduating by covering up the statue. "Perhaps Facebook would prefer him dressed like this," she added alongside an archive photo of the Neptune statue in costume. 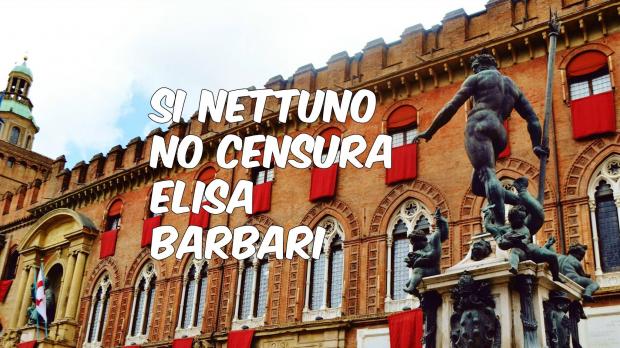 Ms Barbari has now been forced to pick another viewpoint. Photo: Facebook/Elisa Barbari

The iconic Bologna statue is an early work of Flemish sculptor Giambologna and dates back to 1566. It was commissioned by the Cardinal Legate of the time, Charles Borromeo, to celebrate the election of his uncle as Pope Pius IV.

Affectionately called 'the giant' by locals, the statue served as the inspiration for the logo of supercar company Maserati.

This is not the first time Facebook has prompted raised eyebrows for its censorship rules and software.

Last September, the social network's decision to delete a post of an iconic Pulitzer-prize winning photo from the Vietnam war led to a public outcry in Norway.

The image had been posted by a Norwegian writer, who listed it among seven photos he felt had "changed the history of warfare".

Facebook initially stuck by its guns and even deleted a protest post by Norway's prime minister which had included the 'Napalm girl' photo, only to subsequently apologise and say it had failed to adequately recognise the image's "status as an iconic image of historical importance".

One month later, the company announced that it would be easing censorship restrictions to allow more items "that people find newsworthy, significant, or important to the public interest — even if they might otherwise violate our standards."