A Mount Carmel Hospital nurse has spoken out about the challenges of staff shortages, as he faces being charged in connection with a patient who self-harmed under his watch.

Joseph Pace is being prosecuted by the police in his role as a manager at the hospital and is due to be charged in court with criminal misconduct.

The incident, which dates back to 2017, involves a patient, who self-harmed even though he was supposed to be under constant self-watch.

Police said they could not comment on an ongoing court procedure but that their decision followed the conclusion of a magisterial inquiry.

Dozens of nurses turned up at the gates of the hospital on Wednesday to stand in solidarity with Pace and endorse the Malta Union for Midwives and Nurses' call for the charges to be dropped.

Joseph Pace and his union are calling for the charges to be dropped. Video: Chris Sant Fournier

Standing with the aid of crutches, Pace said that nurses in his position often found themselves between a rock and a hard place when it comes to staffing decisions.

“Every day we have to look at what the needs of the patients are going to be and if let’s say, I need 200 people to man the hospital, without fail there are only 150,” he said.

“Because this patient wasn’t covered on that day he self-harmed. I’m not going to say that it’s a daily occurrence here, but it happens often.

“We found him with a nasty wound and covered in blood. None of us thought twice about it and we just went in to help because the priority was to save him.” 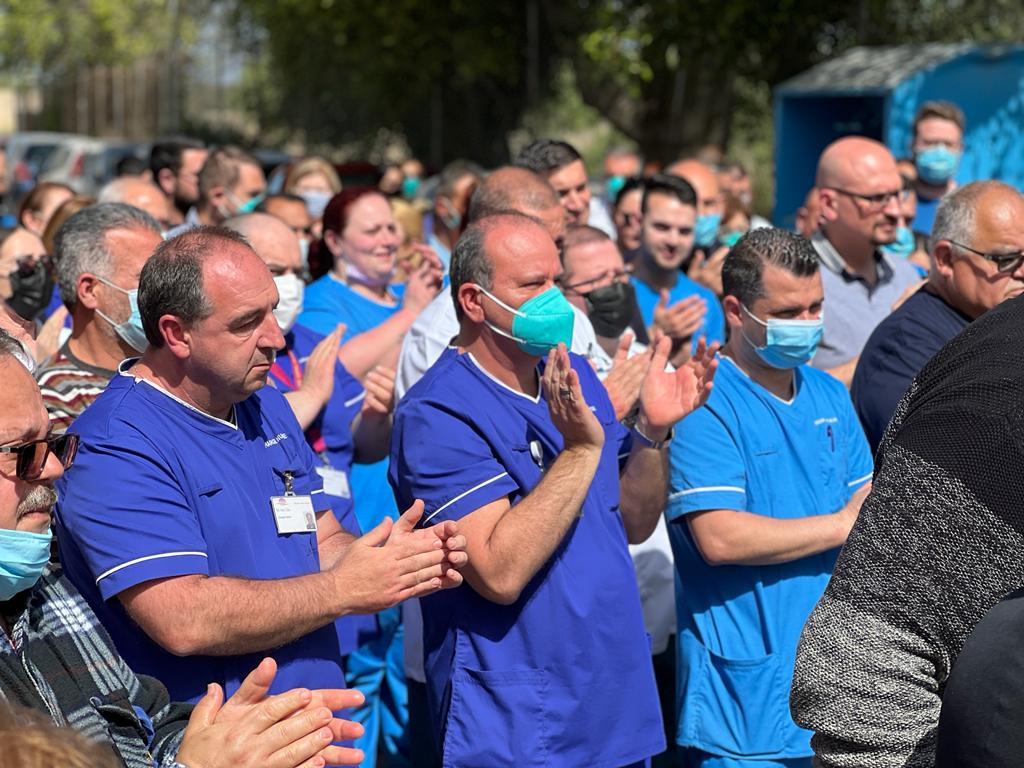 He added that there has never been an inquiry about the incident and that he and the other staff were never called to testify about it and the possibility of being charged has loomed over him throughout the past five years.

“Just when I thought interest in the case was dying down, they waited until a Saturday evening, as I was leaving my house to attend a wedding, to stop me and summon me to court.

“To have this happen like this, you have no idea what it does to a person,” he continued, with emotion.

“I have been a nurse for 40 years, I am one of the longest-serving in this hospital. I don’t know what else can be done.” 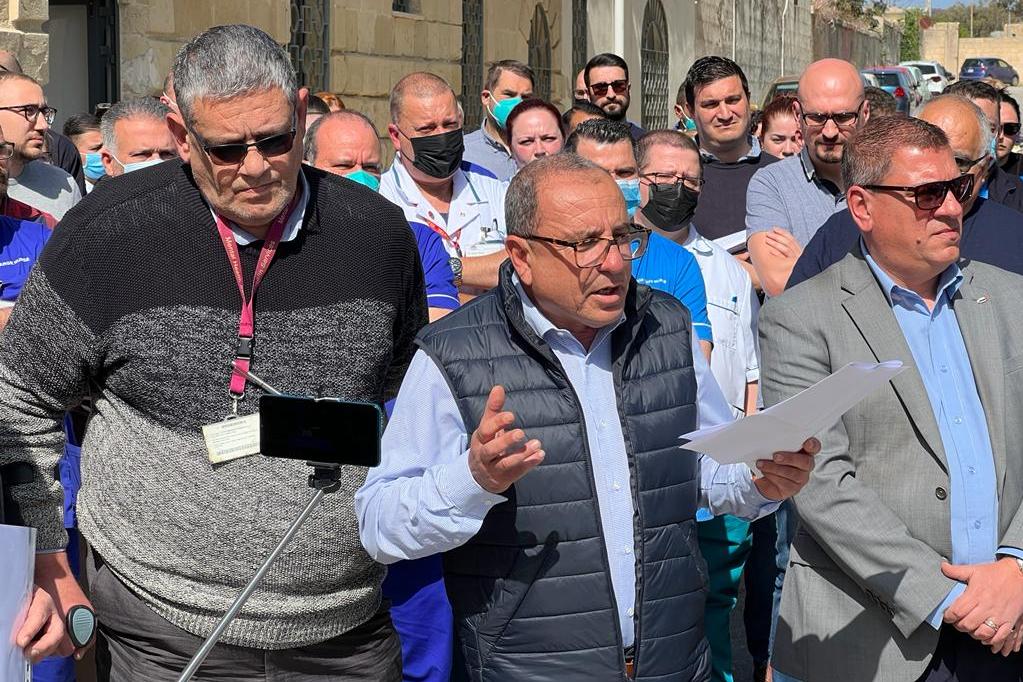 MUMN President Paul Pace said that the police had failed to consider the fact that severe staff shortages had contributed to the incident and that individual nurses are not to blame for the Government's failure to recruit enough staff.

“We never expected that this way would come and it is shocking to see the police bring such serious accusations against the man who ended up saving that same patient’s life,” Paul Pace said.

“Joe Pace Is beloved by not only the staff but the patients and their families too. You can depend on him to tackle every problem and he will go into the fire for you. Despite being a vulnerable person himself, he still did his duty and came to serve his patients during the pandemic.”

He said it was shameful for the police not to consider staff shortages and that neither the minister nor the permanent secretary had stepped in to clarify the situation.

“The Health Minister has been cold, callous and unwilling to act in what is essentially persecution against one of our members,” Pace said.

“They should have intervened and told the truth about the staff situation with nurses not only at this hospital but several others in the country.

“Why are nurses being blamed when there isn’t enough staff to go around? We barely have enough people to staff the compliment, let alone to serve everyone who is placed under constant watch.”

Pace added that the MUMN would not remain silent about the case and threatened directives if the charges are not dropped. In protest he added, the union would also not be inviting the Health Minister to attend their annual conference on nurses’ day.

“It is not right that nurses are blamed for something a problem that is ultimately the Ministry’s responsibility to address,” he said.

“This is not an isolated incident and no one is taking responsibility for it. None of us are criminals, but if the police think so they’re going to have to throw all of us in jail.”

Times of Malta has contacted the health ministry for comment.