Plans to detain migrants infected with COVID-19 out at sea could cost tens of thousands of euro a day, according to offers received by the government.

A list of offers to provide an “accommodation vessel” to house Coronavirus-positive migrants shows that the cost ranges from between €12,400 a day up to €150,000.

Last month the government had announced it was considering quarantining migrants at sea after a number of those rescued by the Armed Forces had later tested positive for the virus.

Currently, migrants who test positive are being held in isolation at the Ħal Far Initial Reception Centre with all others being sent into quarantine. 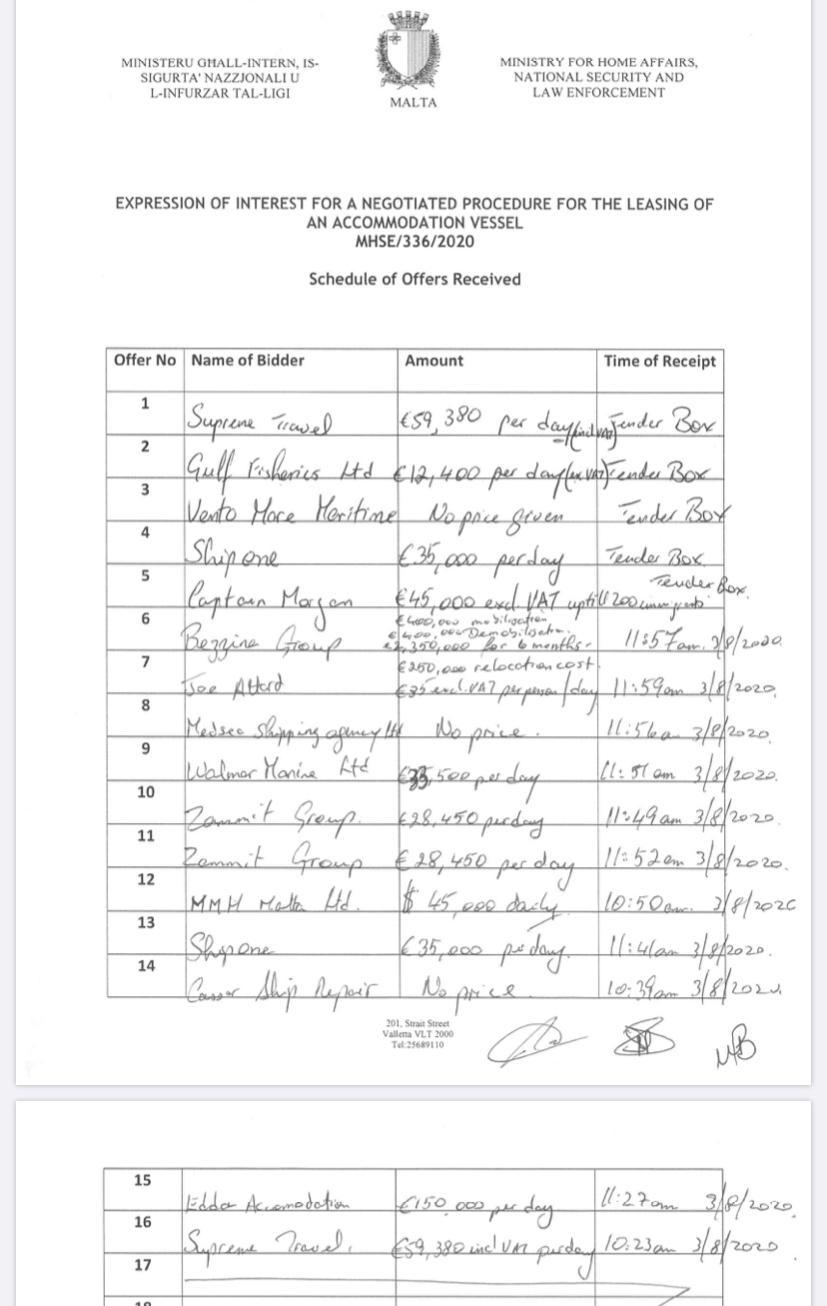 The list of businesses who have applied for a tender to quarantine migrants offshore.

It comes as around 27 migrants are being held on a commercial vessel after it intercepted them at sea.

What will the offshore quarantine ship provide?

According to the call for the expression of interest,  the government is considering housing up to 200 migrants at sea for up to a month.

Aside from the leasing of the vessel itself, bidders are also expected to provide crew, food, cleaning, fuel and security.

At the height of the pandemic Malta had moved to close its ports to migrant disembarkation and told the EU it could not guarantee the resources needed to conduct rescues at sea.

As pressure to offer migrants a safe port mounted, the government leased a number of pleasure cruise vessels from local tour company Captain Morgan and housed migrants at sea.

After the government agreed to let the migrants disembark, it announced how the operation had cost €3,000 per vessel every day they were kept at sea.

Who is bidding for the tender?

According to the offers received this time, the operation could be far costlier.

Edda Accommodation, a Norwegian company with a foothold in Malta, put in the steepest offer at €150,000 a day.

The cheapest offer meanwhile came from Gulf Fisheries Ltd at €12,400 per day.

Owned by Carmel Grech, the company had been involved in a secret pushback exposed by Times of Malta back in April.

It said: "This despicable act of bidding for an unlawful migrant detention off Malta shows that the European border is an industry, with many profiteers of anti-migrant violence."