Empathy has become too much of a luxury these days. Most people are locked up in their own world, both virtual and real, and are too self-absorbed to register what’s happening in the life of the person next door or the adversities encountered by the deceptively most carefree and confident of people.

Self-doubt sometimes gnaws at all times of day, chipping away at self-esteem, which is the bedrock that is required as a steadying and supporting factor. Otherwise, the whole edifice would collapse as uncertainty sets in, and even the most seemingly slight perturbation would precipitate a cataclysm.

In her current exhibition, Guilty, Etienne Farrell explores these personal, silent and intimate moments that are full of drama and pathos. Being a woman herself, she tackles the concept from a feminine pers­pective although she stresses that the exhibition is not a femi­nist one at all. In effect, she intuitively realised that males suffer in silence too. 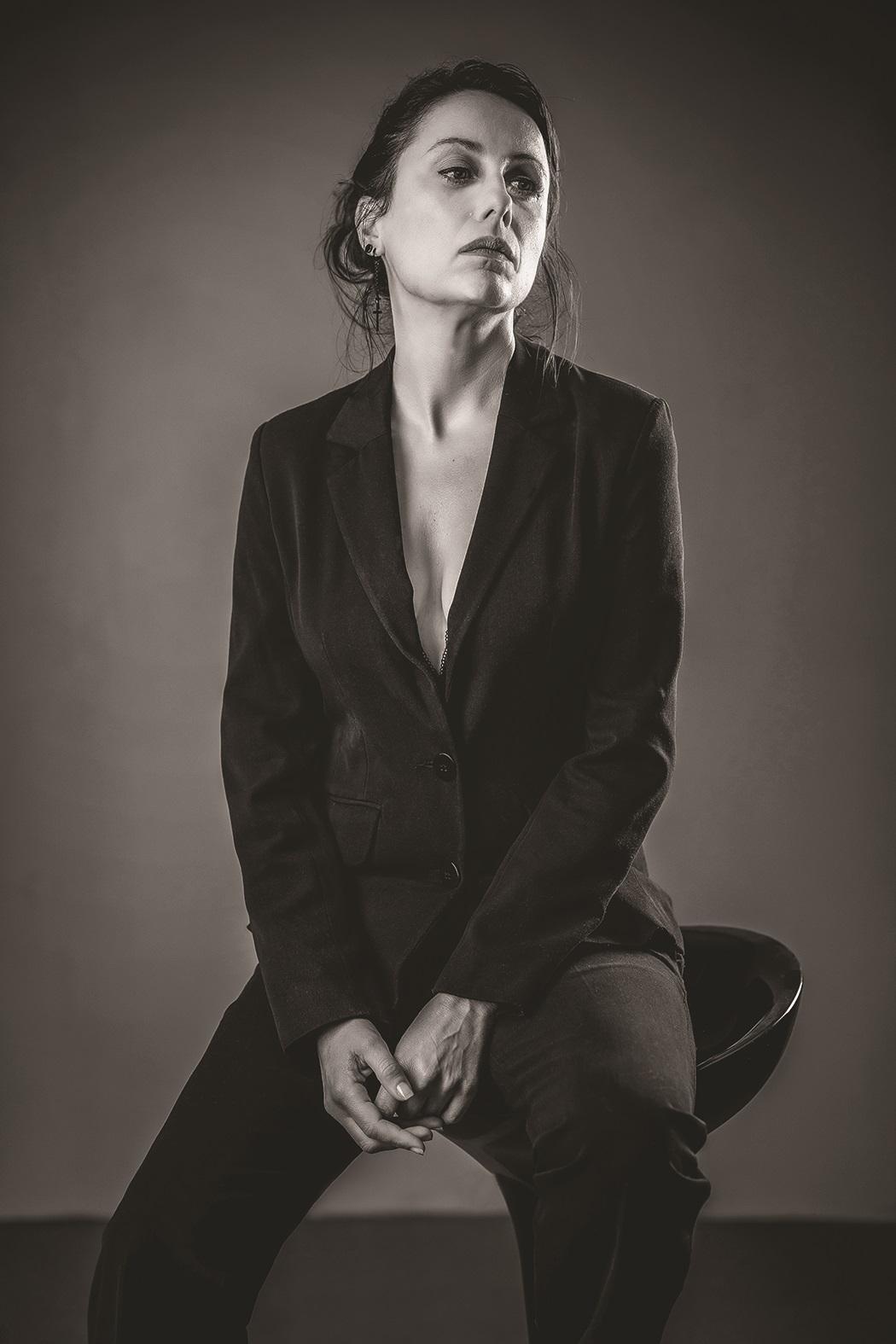 However, she refrained from addressing their issues as, although empathetic, she wouldn’t know the first thing about, for instance, how emasculating impotence is for a man or how early male pattern baldness could dent the confidence of a young adolescent, although alopecia is not an issue solely governed by the Y chromosome.

Men may suffer from altogether different circumstances: torment transcends gender. Emotional pain and incomprehension are what essentially make us human, what unite us as belonging to the same animal species. Although some of us swagger their way through life, this, many times, is an image fostered to deflect the attention from the unstable core. The narcissistic limelight could be blinding enough, thus camouflaging shortcomings that would menace to bring the whole artifice crashing down via a stern and unforgiving reality check. 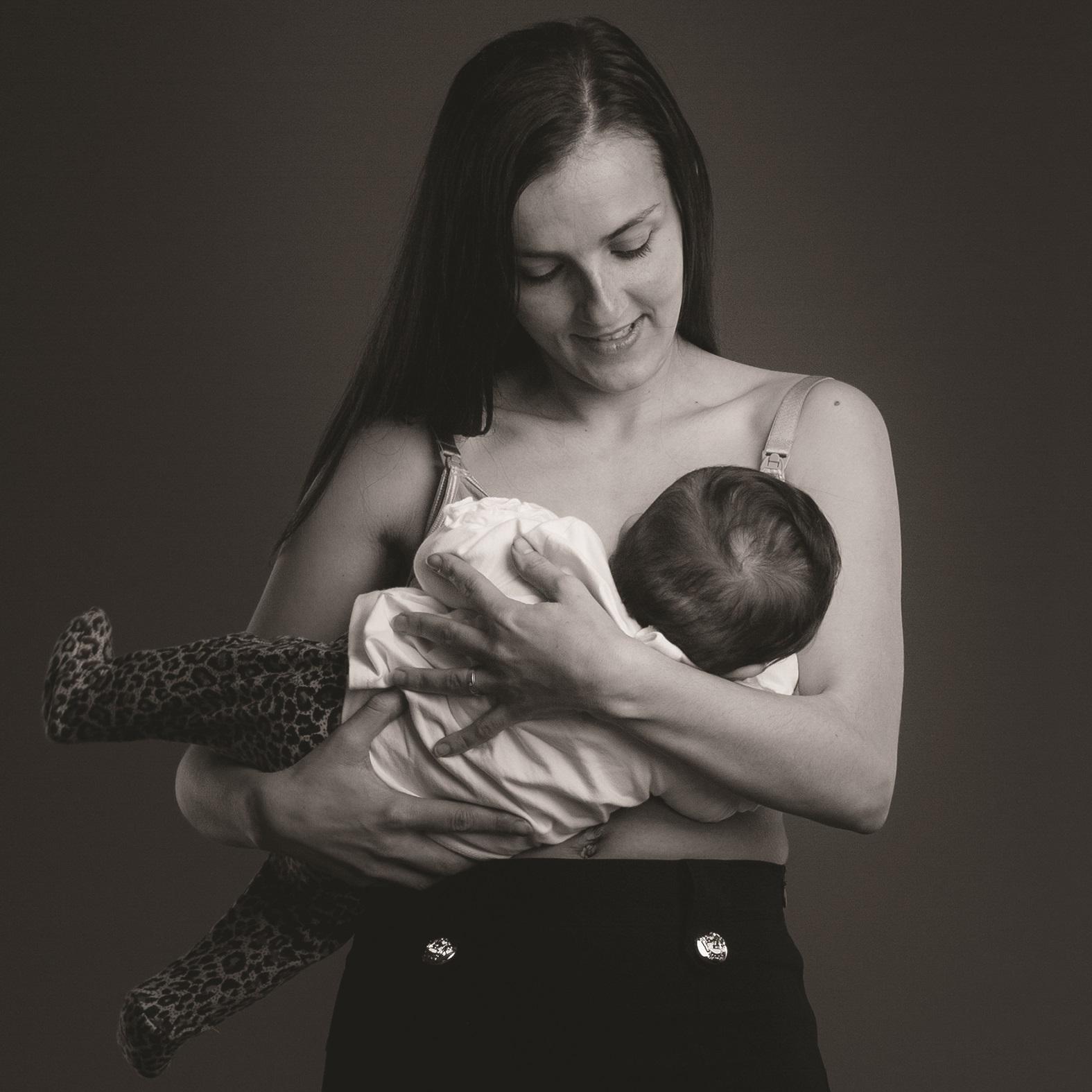 Farrell, in the exhibition’s mission statement claims: “Guilty is intended to aid in the exploration of what it may mean to be ‘guilty of being a woman’,” through the agency of black and white photography. Viewer participation is required for the whole project to reach its empathetical aim. The monochromaticity weans off colour which could inhibit the starkness of the situations portrayed. Colour could waylay the narrative as the viewers would factor in other variables that would deprive the works of their empirical dimension.

One is reminded of the monochromatic work of American photographer Sally Mann and her discomforting portrayals of female members of her family in her series titled Immediate Family (1984-1994), which thematically documented her three children, all under 10 years of age, and investigated the sensitive interlude between childhood and adolescence. 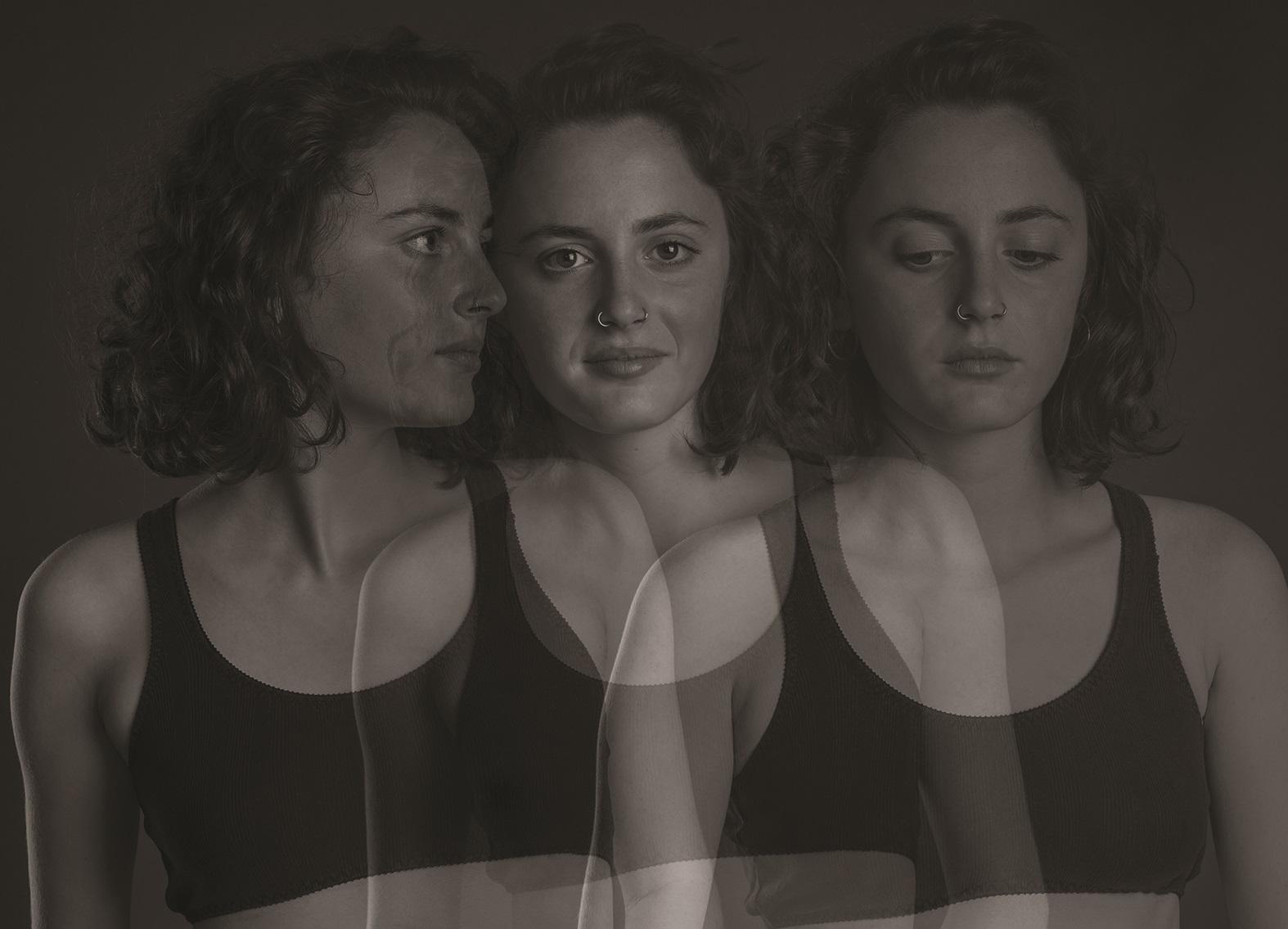 This controversial series was at times regarded as bordering on bad taste as it tears off all artifice and voyeuristically exposes the young ones, Lolita-style in some instances, in all their vulnerability. Mann says: “As for me, I see both beauty and the dark side of the things”. These words somehow relate to Farrell’s work for her current exhibition, which is one about feminine vulnerability as well.

The Maltese artist’s intention is for the whole project to grow organically through viewers’ participation via organised and impromptu discussions, thus fostering a more thorough understanding of various situa­tions and predicaments. Further participation is invited through the documentation of one’s thoughts in a diary purposely available at the venue. Farrell invites everyone to open up, to be vulnerable, to discuss inhibitions, to confess, to realise that there is an underlying humanity that governs lives, to understand what it means to be a woman.

“I am not trying to portray women as saints, or to give the impression that women suffer more...kollox għal wiċċna jiġi, as we love to say,” Farrell points out. The whole exhibition, hosted in the intimate setting of MUŻA’s Community Space, consists of five real-size portraits of women and one diary. 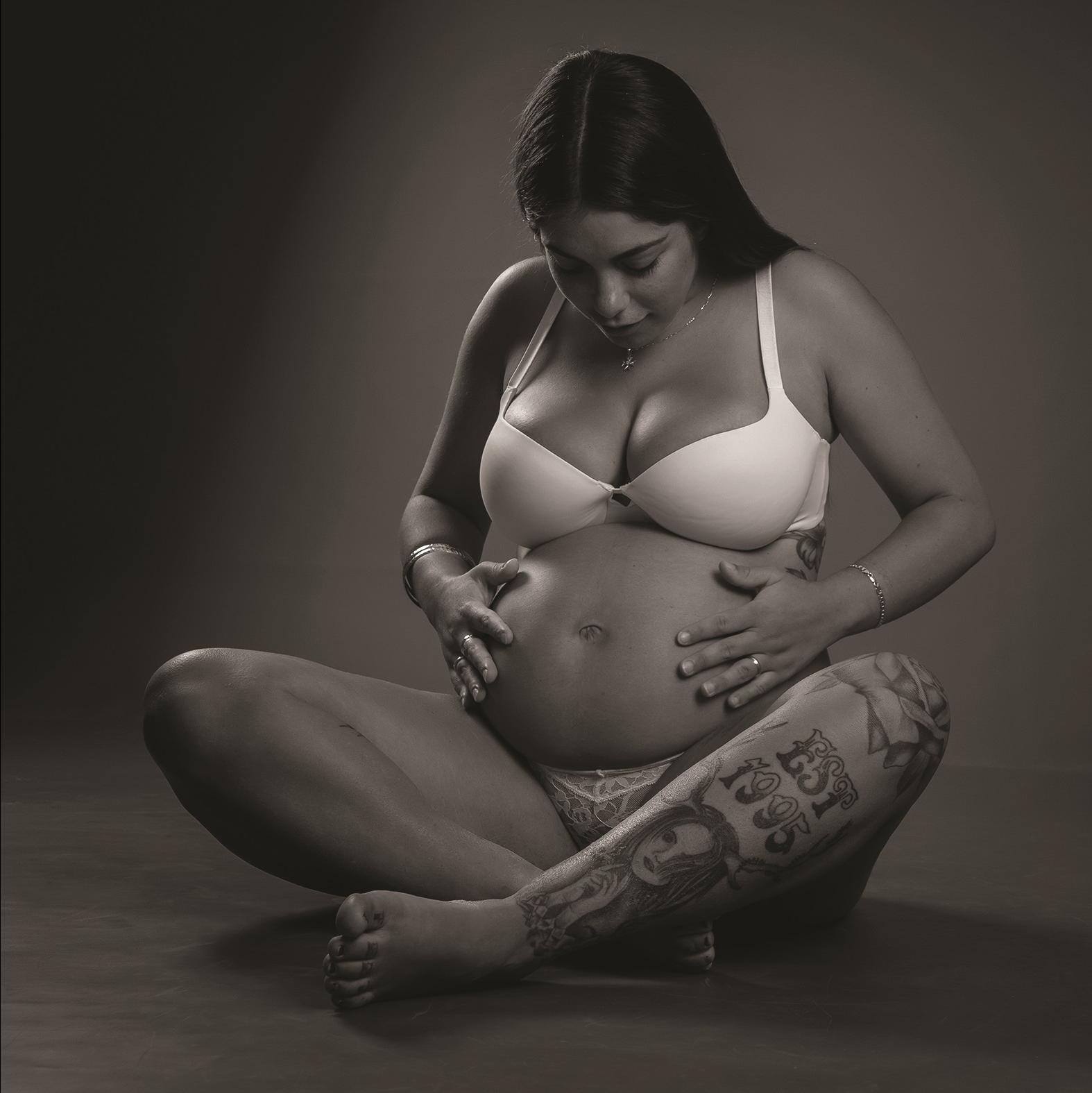 These women are representative of different stages of female existence, thus recalling Mann’s words; from the joy of expecting to the nurturing of one’s own new-born, from the suffering through multiple personalities to the incision, the stigmata that could suggest motherhood but might as well be the scar of post-operative trauma.

Too many a time, young girls are taken for granted. The transformation from child to young woman is traumatic and nothing really prepares them for the discomfort and pain of menstruation. Farrell excludes no category: “And we have young girls, young nine-year-olds, who suffer so much and who are scared of getting up from their seats in class, just because they know they have stained the chair... or the seat on the bus....” 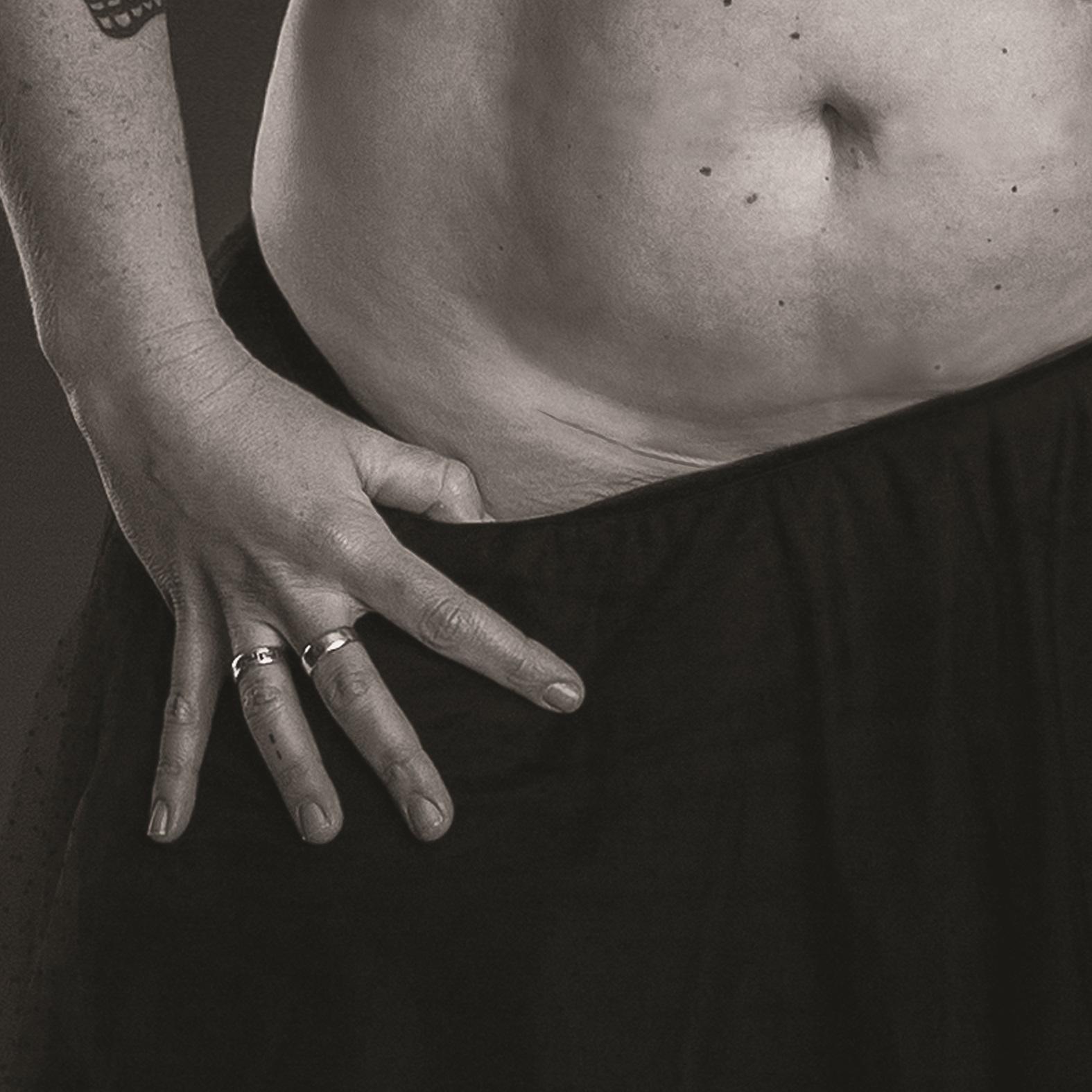 Taboos need to be taken out from their proverbial cupboards and a person’s biology needs to be embraced for what it is – puberty and adolescence are an essential part of everyone’s autobiography, irrespective of gender.

“This is my second time exhibiting at MUŻA. I’m using the Community Space because it is sort of ‘private’. It’s like you’re entering these women’s space, and you have to face them because they’re dominating the room and they’re looking right at you. And hopefully, seeing them sporting their ‘issues’, would make you (the visitor) feel more inclined to talk about yours,” Farrell explains. 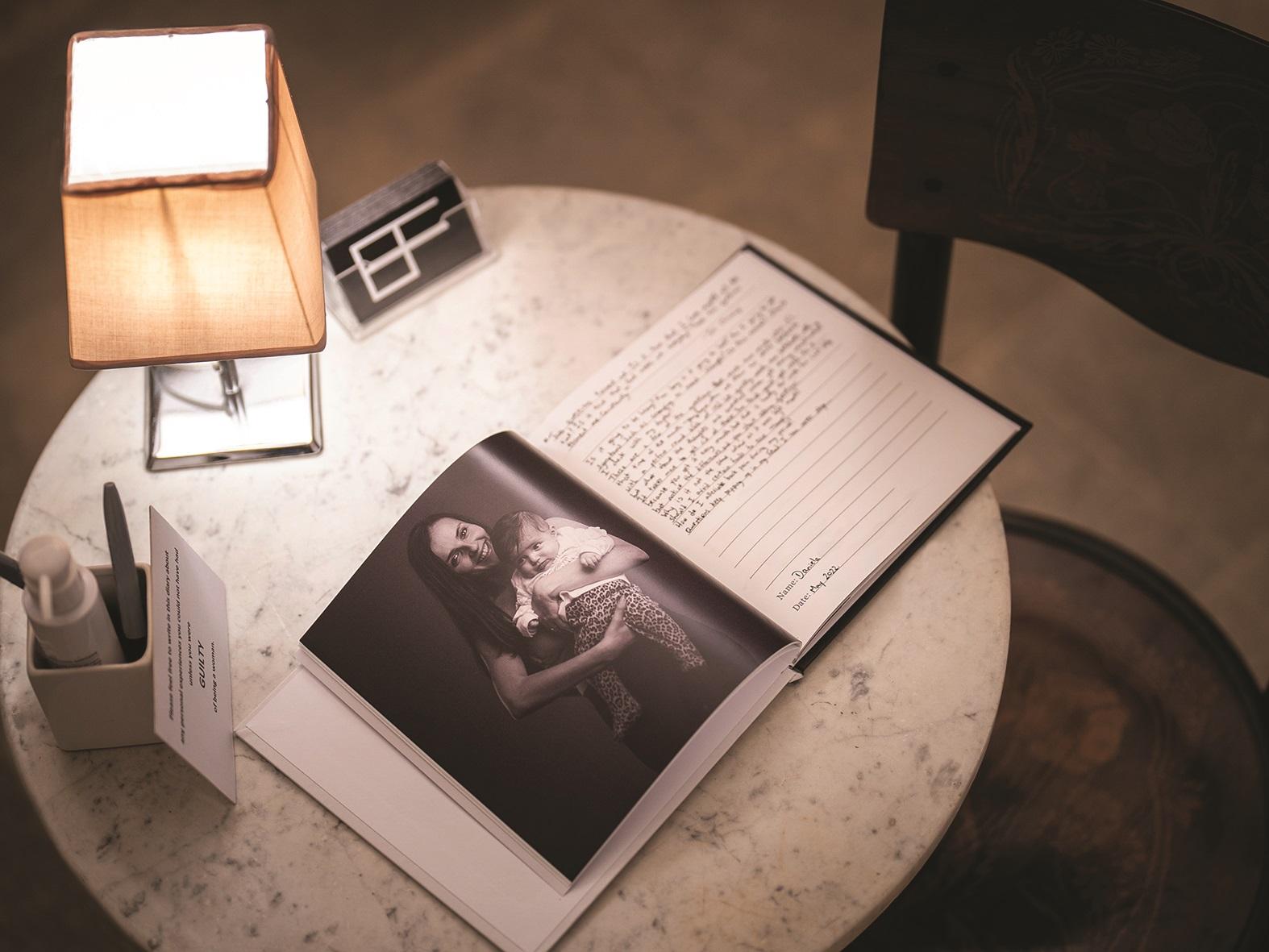 The diary at the venue.

The aspect of audience partici­pation and input has been central at times in Farrell’s former body of work; one can mention Dress Up, which was first exhibi­ted at the École Nationale supérieure de la Photographie in Arles, France, and in The Ghosts Within, at Spazju Kreattiv.

Both projects dealt with audience interaction, with personal me­mory, with integrating with the artwork by experiencing and touching it. Once again, the Maltese artist is urging us to use art to understand the world around us, to immerse ourselves in experiences that are not always necessarily our own.

Guilty, hosted by MUŻA’s Community Space, is open until June 12. Organised discussions took place on the opening night and on Sunday, May 5. There will be another discussion on Sunday, May 22 at 10am.