This is the second in a series of autobiographical short stories by author Rita Antoinette Borg, collectively titled A Funny Thing Happened to Me….

A funny thing happened to me as I contemplated eating out one blustery evening.

Since everyone else in the family were somewhere on vacation, I realised I didn’t need to cook for anyone. I could go out to eat at a restaurant. Where would I go? What did I want to eat? Do I want a big meal or just a snack? The questions were endless.

The chilly weather outside pelted the windowpanes of my house. It helped to make decisions easier.

I didn’t want a big meal; I wanted a warm one. I had started a new diet, so I didn’t favour a fattening meal, either. Moreover, when you are a vegetarian, deciding what you can and cannot eat becomes harder, while carnivores are given a huge variety of choices.

After much thought, I opted for some vegetable soup. The list of soups should be endless with so many vegetables, but, alas, (Yes, there’s always a ‘but’… and an ‘alas’) most Maltese restaurants don’t list soup on their menu. You could argue that Malta having such a hot climate, it would be the last thing anyone would think of ordering. You’d be wrong, because think about it, who wouldn’t want a warm, bone-soothing, smooth cup or bowl of soup with a side salad or sandwich? Sounds yummy. Fresh soups are the ultimate comfort food, yet soups are rarely found at local eateries.

So, then I pondered about eating a salad, which are plentiful in restaurants. However, the salads I have been served up are usually crammed with leafy greeneries simply topped with a thin layer of selected garnishes. Dismayed, yet undaunted, I often try my best to mix the toppings with the lettuce. I must confess though, even the best food mixer in the world cannot hope to combine a bowlful of leaves with a scanty amount of selected flavourings. What’s the fun in that?!

Do I hear you yell out, “Pour oil or dressing on it!”

I believe with all my heart that local restaurants, snack bars and cafeterias don’t know what salad dressings are. Dressings such as: Italian, thousand islands, vinaigrettes, sour cream, the list goes on. 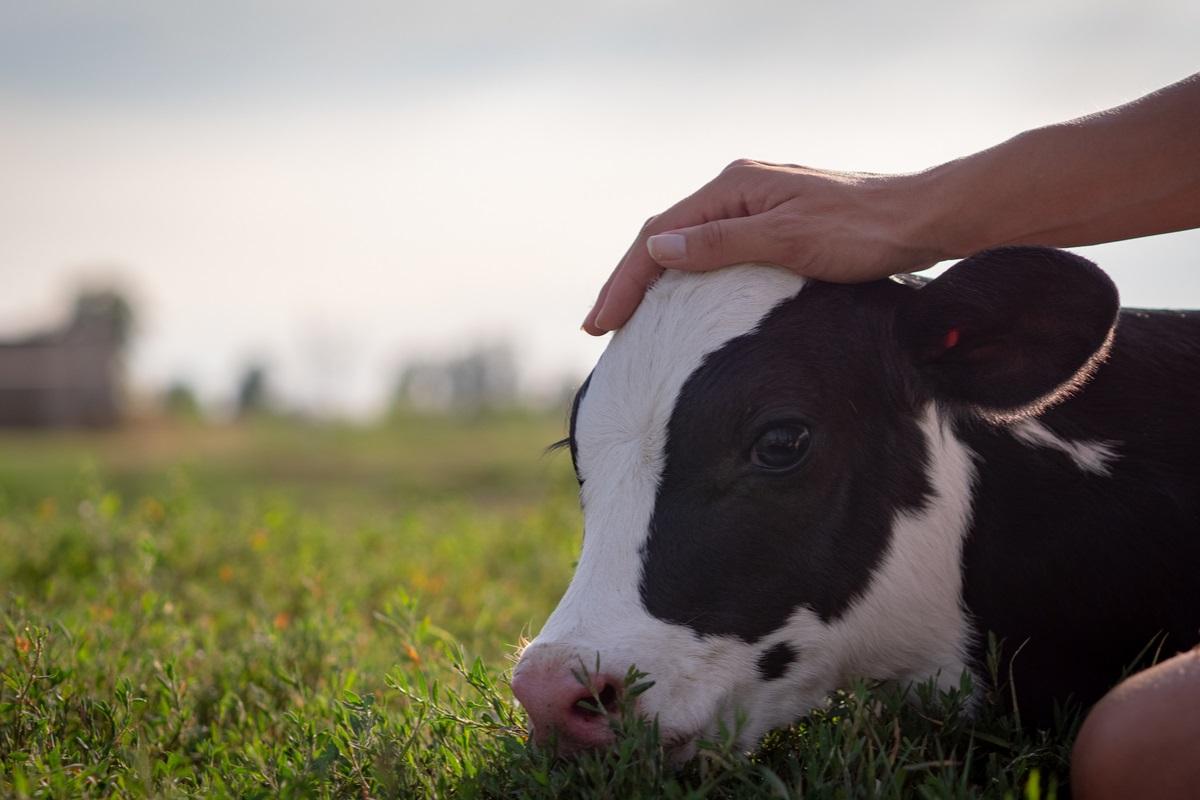 Animals have the right to live their short lives. Photo: Shutterstock.com

However, rather than a cold salad, I would much prefer a warm dish whatever the weather. Food options are not plentiful if you are a vegetarian, let alone a vegan. I dread thinking about them ordering food!! Warm vegan/vegetarian courses are a rare find.

To date, I have only one choice in one nearby restaurant. I frequent it time and time again. Not much choice in the matter. It’s another absence to freedom of choice: to eat what I want, where I want.

I say, if you love a friend, don’t eat them. I choose to make sacrifices for animals. I choose not to have someone else kill them to give me permission to eat them. I believe they, like everyone else, have the right to live out their short lives, not on an extermination list, ticking out who will die next: Dead Meat Walking.

As I started to dress for my ‘no cooking day’, I finally chose not to go out on that turbulent evening. Instead, I fashioned a salad of assorted fresh watercress and spinach leaves, poured on lashings of extra virgin oil, olives and artichoke hearts. I followed it with two slices of warmed-to-perfection whole wheat bread smothered with a homemade avocado spread, fresh basil and large thick slices of red tomatoes. No crisps (potato chips) for me, thank you very much; they are only plate fillers.

I had made up my mind. I preferred to stay home, snug as a bug on a rug, with my animal friends. My pets never allow me to be alone or lonely. I stayed home that night: it’s called freedom of choice!

Are you a writer interested in finding an audience for your work? Get in touch on editor@timesofmalta.com with 'storytelling' in the subject line.