In the second of a two-part article, Joseph Agius continues to follow the journey of Maltese poet Antoine Cassar, who recently packed his car with most of his belongings and set off on a road trip with his cat Don Pablo. Cassar is documenting and archiving his experiences as podcasts and posts his soliloquies on social media. Read part one in the series. 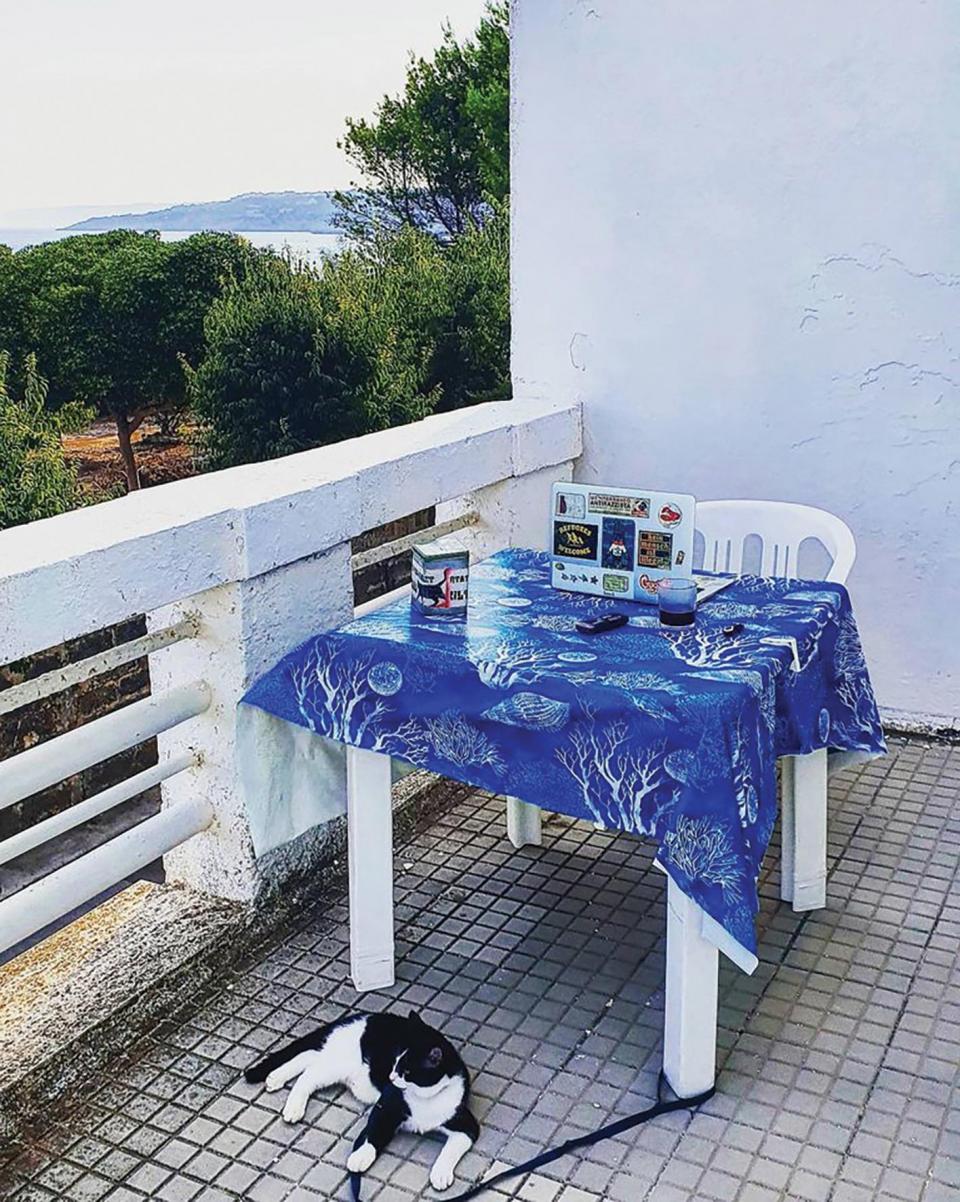 Antoine Cassar’s jocularity is infectious; he’s not alone as Pablo the cat, his Sancho Panza, and DJ Ottu, the octopus soft toy he rescued last year from a kitsch souvenir shop in Wied iż-Żurrieq, are his fellows in this quixotic adventure.

He debates with himself by voicing a doubt: “Who’s going to shut me up?” He laughs self-mockingly as he has not fathomed a rational answer to that question yet. The stark reality of his new circumstances shocks him; it’s like laughing nervously in a haunted dark place to exorcise all the poltergeists having a go at you.

However, some ghosts are not on an agenda of torment. Cassar claims that some of his ancestors have been his guiding beacons. He vouches for the veracity, for the relevance of these mystical experiences in which his departed loved ones communicate with him and give him counsel and direction via signs and phenomena.

“When this stuff started to happen, it was like magic, I just went with it, I didn’t have time to think about what was happening. I was fully immersed.  I don’t recall all the details, but I have understood a lot of things,” he says.

Zija Carmen, who was a piano teacher, and Nannu Wiġi who was a very strong man in all respects, Nannu Frank, a refugee in France, who was a cat lover, a translator and a bibliophile who read Moliére, Camus, Sartre and de Maupassant, all have manifested themselves to him. 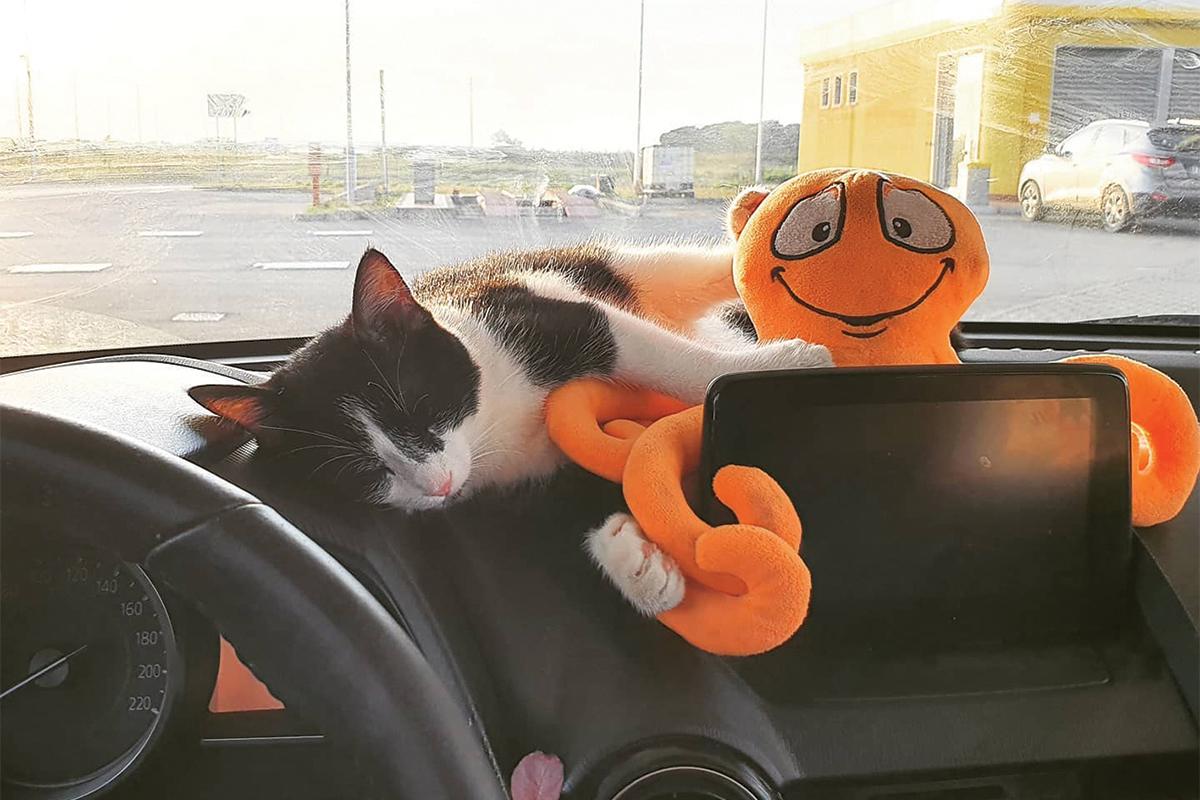 In Santa Cesarea, he had mystical experiences for six consecutive nights and then he slept for three days. He had yet another mystical experience after his slumber, then he implored his ancestors to let him be, being worn out to the core after such enlightenment.

The shedding of the baggage in the 32 days of journey has honed his sensitivity, his awareness of the natural world and he’s grown more receptive to the otherworldly.

“I have shed so much zavorra (trash), not only objects but even spurious thoughts for the past six months. I had to ditch a lot of received ideas, biblical ideas and Catholic ideas.” 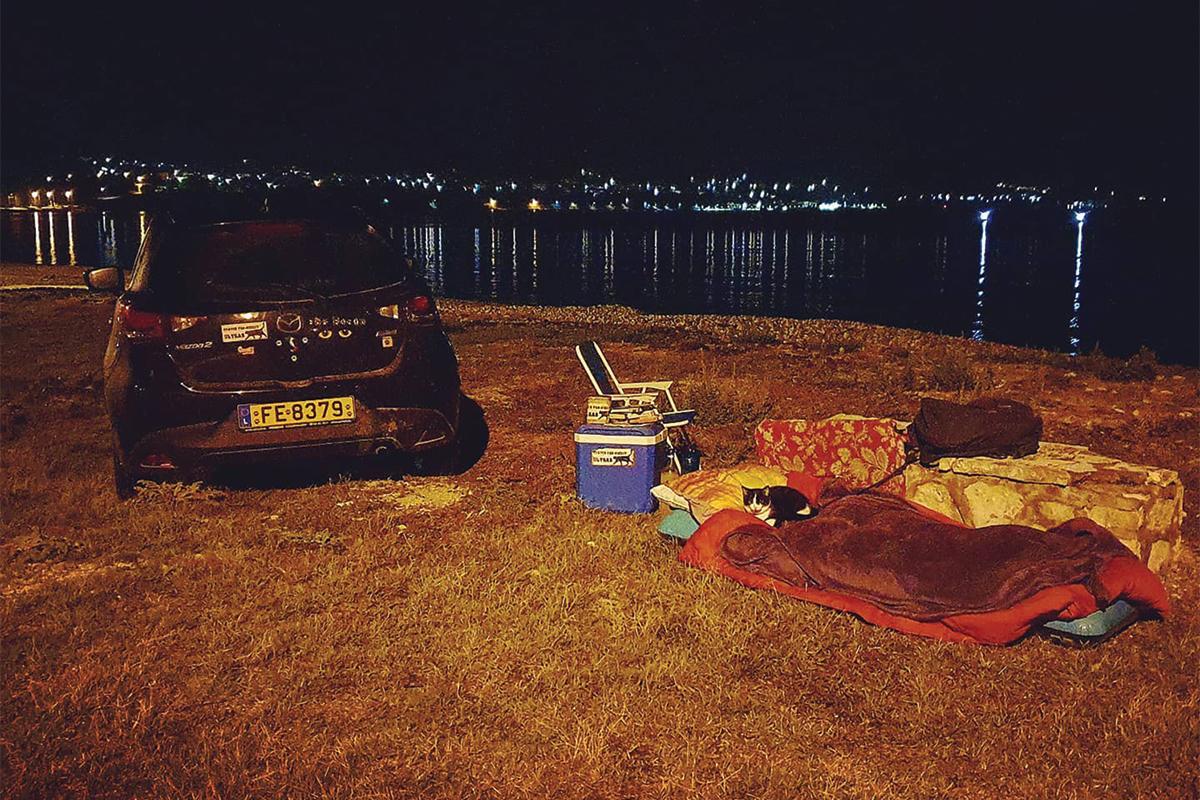 Cassar claims that his ancestors have been his guiding beacons 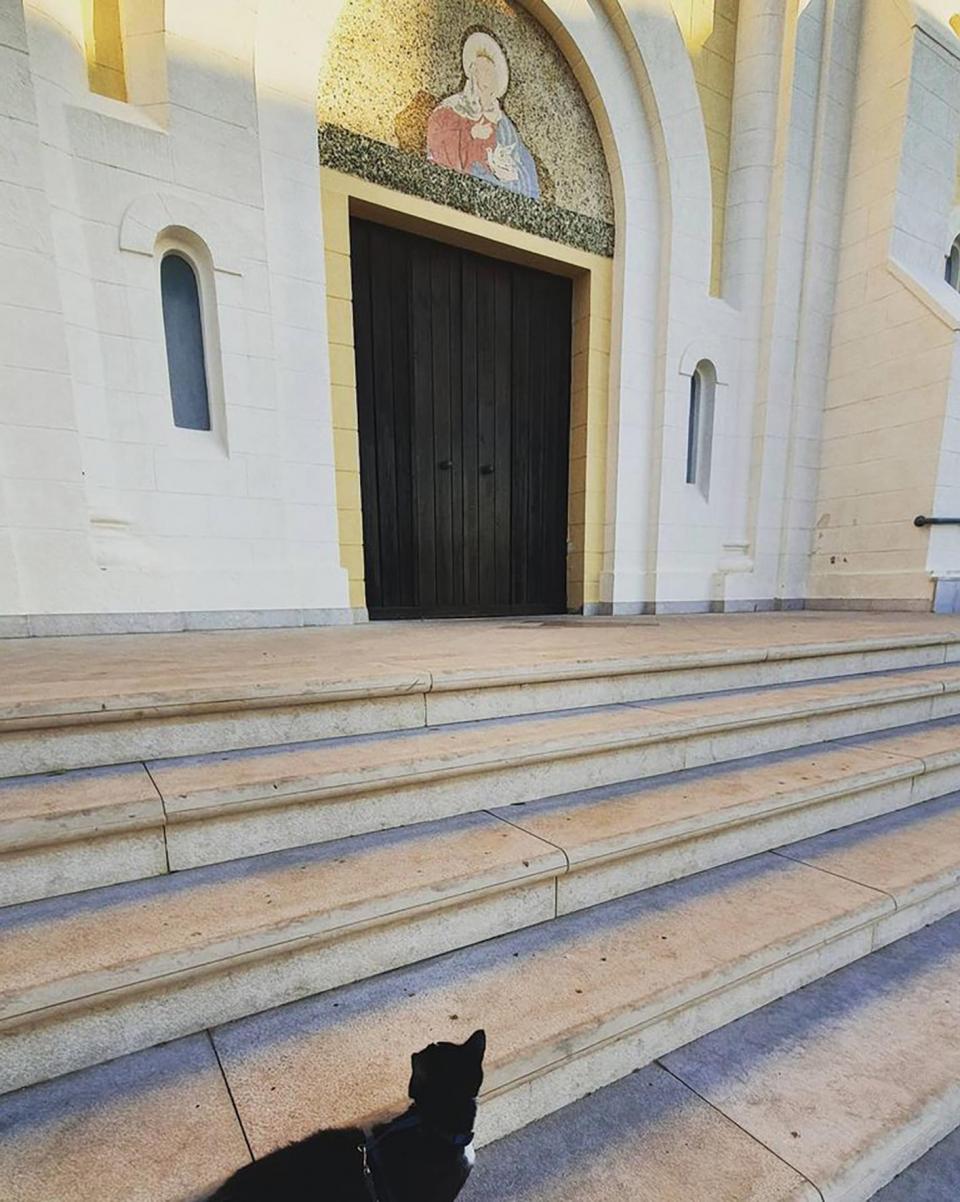 The cloud formations by day or by night; the velvety orb studded with planets and constellations; the moon and its phases; the spectacular palette of sunrise and sunset; the whispering sea; the feline formations to be deciphered in the rock faces guarding the coast; the misty geographical contours on the horizon of the Diapontia Islands across the Ionian Sea; the numerology and sequence of apparently random numbers. The poetry is right there, he has just to receive it and translate it into ‘Twannese’ verse. Along the road trip to Santa Cesarea, he had to deal with people of different dispositions and, as a life lesson, he has vouched that he would never indulge in the cardinal sin of pride as it would hurt people around him.

“Proud people are sick. They need help but they are so proud that they can’t see it,” Cassar says.

He regards guilt as a stifling emotion, the result of a crippling Roman Catholic upbringing that declares that one has sinned at every whim.  “Jesus didn’t say that we are guilty.  Jesus is not about guilt, Jesus is about forgiveness, for Christ’s sake.”

Many years ago, Cassar’s father got rid of a piano which used to belong to his mother. The young boy didn’t dare ask of its whereabouts and if he could continue piano lessons after his mother had to leave. 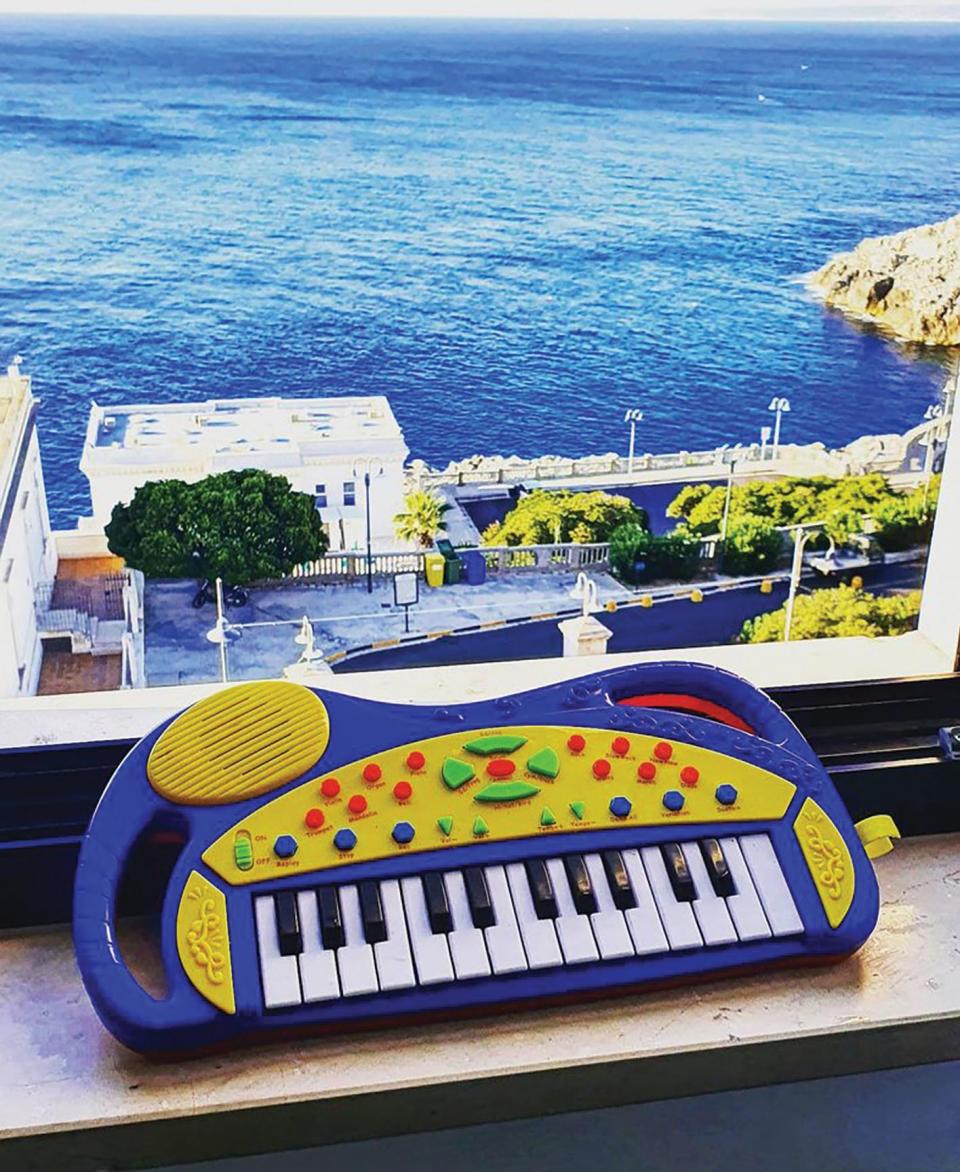 “He used to blurt out: ‘You’re just like your mother’. What’s wrong with being like my ma? Do I necessarily have to be like my pa, the proud fool? Let me be my mamma’s son in peace.”

This heartfelt emotional entreaty is a prayer for comprehension, for being accepted as one is, for not being guilty for existing or for being born.

What’s next on this open-ended itinerary? The Athens poetry festival for six days and then he’s visiting three Greek islands – Andros, Sapientza and then six to eight days in Itháki off the northeast coast of Kefalonia, the real Ithaca – the mythological home of Ulysses.

“And then, hopefully in December inshallah, on to Malta to gather my books, spend time with my family and reconnect with my Maltese Ithaca and in-Nigret taż-Żurrieq before it is ruined forever. When all my books are in Santa Cesarea, then I can finally say to myself that we are home.

“As Camus postulated, we have to imagine Sisyphus happy, and I added to leave the bloody rock on the side. I don’t have to reach the top; I should stay in the middle and relax. That’s what Twanny has to do. I am fed up of documenting.

“I feel a tyranny by the poet inside me who wants to write everything. There’s poetry in the suffering, but I have never desired more suffering for the sake of poetry. I want to write about beautiful things. I want to learn how to fish for a lampuka and write about that.”

And that is exactly what road trips should be about, a return. Not necessarily a return to a home, but a return, a reliving of that childlike wonder and sheer happiness for doing the most elementary of things.

Follow the adventures of Twanny, Don Pablo and DJ Ottu on Spotify. Read part 1 of this two-part series. 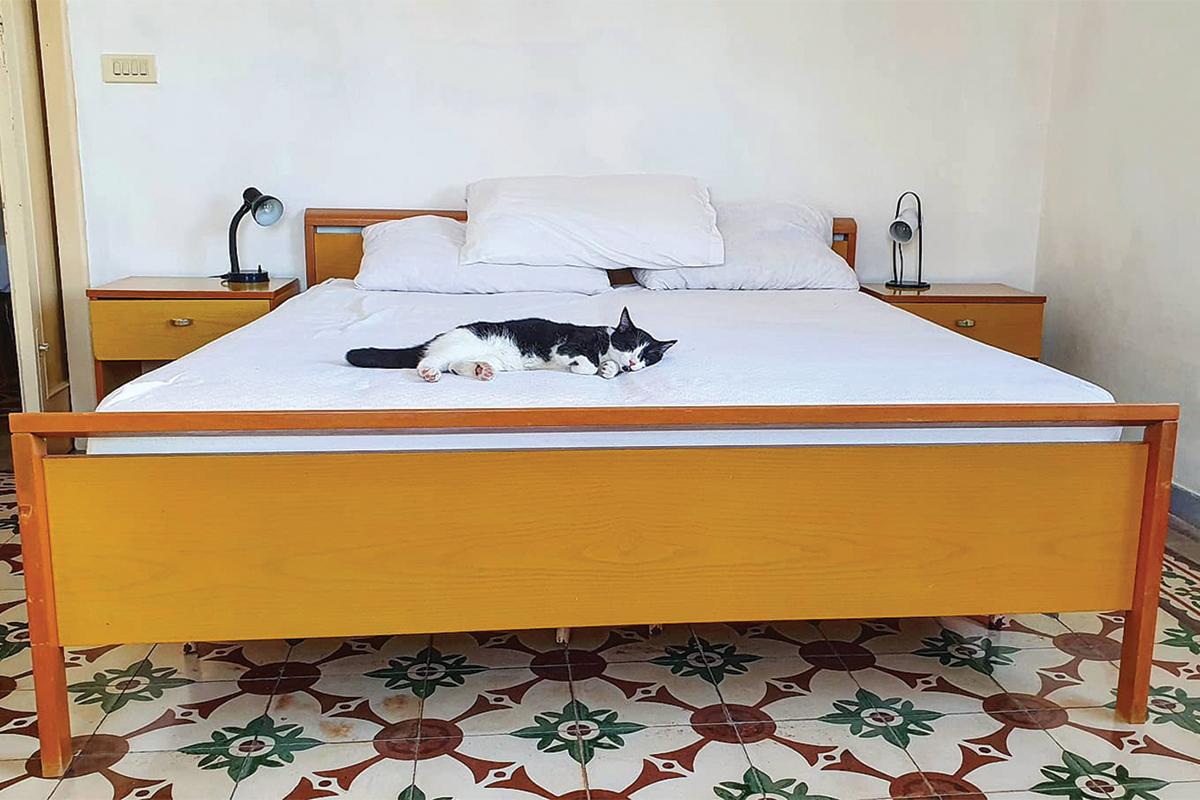