Illegal pesticide use by farmers is much higher than initial figures showed, the Times of Malta can confirm.

In February, data provided by the Malta Competition and Consumer Affairs Authority showed that more than one in every 10 fruit and vegetable samples tested in 2016 contained illegal levels of pesticides.

However, it now transpires that the official information only gave a partial picture of the extent of the problem, with pesticide use being far more prevalent on Maltese farms. More detailed figures obtained this month show that it was actually one in every five greens which was found to contain more pesticides than legally permitted.

Clarification sought by this newspaper revealed that the initial data included tests carried out at other sites, as well as tests on dairy, wine, and other food items grouped with fruits and vegetables.

While the original data said 133 fruit and vegetable samples had been tested at the Pitkalija and the Ta’ Qali farmers’ market, it turns out that only 108 tests were carried out at those sites.

Of these, 65 were tested at the Pitkalija and 25 at the Ta’ Qali farmers’ market. And it was actually 20 per cent of the produce that was not meant to be sold due to the excessive use of chemicals, not 13.

Consumers flock to the sprawling market held at Ta’ Qali on Saturday mornings for its locally grown produce sold at competitive prices. Many prefer buying their greens from producers there rather than from supermarkets, opting to eat ‘farm to table’ rather than imported alternatives. 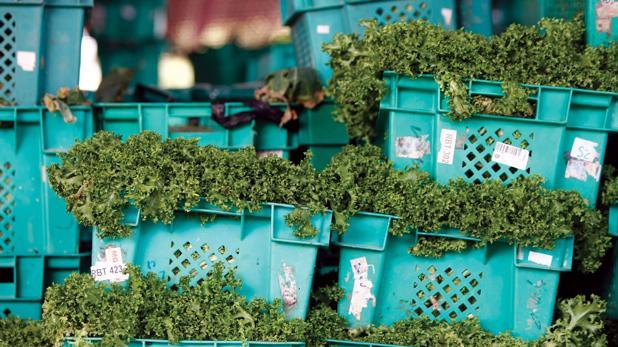 Vendors whose produce registered illegal levels of pesticide have been banned from the market, authorities said.

However, none of the 18 results of tests on imported fruits and vegetables were over the limit, and the results of last year’s tests appear to indicate that dangerous pesticide use may be on the rise. The results were more than three times the levels reported by this newspaper in 2015.

The authority said that all the producers found to be over the limit had been banned from entering the market to sell their produce for the rest of the season. Court action has also been taken against them.

The European Food Safety Authority has warned that residues resulting from the use of products intended to protect plant-based food may pose a public health risk.

The EU has regulations on the use of pesticides and maximum residue levels, which are meant to be followed by farmers in Malta.

Activists campaigning for the reduction of pesticide use worldwide say pesticides have been linked to a wide variety of health hazards from headaches and nausea to cancer and endocrine disruption.

Sometimes, honest farmers get caught in the crossfire of the war on excessive pesticide use. Last year, this newspaper reported how a strawberry farmer had his fruit confiscated and was barred from setting up his stall at the market after a UK lab found he was 10 times over the limit.

It turned out, however, that that the lab had tested the wrong part of the fruit (the leaves) and also checked for the wrong type of chemical.

The use of foreign laboratories has long irked the sellers who set up stalls at the market, as they argue that the wait for results can mean their produce turns rotten before being given a clean bill of health.

Alternatively, consumers have complained that selling fruit before it is checked can allow harmful pesticides to make their way to the dinner table. Samples are tested in accredited labs across the EU, mostly in Italy and Spain.

Questions sent to the Consumer Affairs Ministry asking whether any local labs were able to conduct the tests for pesticides and if any had been identified were unanswered at the time of writing.

Alternattiva Demokratika in a statement expressed its concern about the lack of
accredited public laboratories to test fresh produce.

It recalled that it had also expressed its concern more than a year ago.

Ralph Cassar AD spokesperson on energy, transport and industry had said that only a limited amount of samples of fresh produce are sent abroad for testing in accredited laboratories for pesticide residues.

The produce will have been already sold and consumed by the time test results are received, as confirmed by the consumer authority's chairperson himself.

He said that past attempts to set up a properly resourced and functioning national laboratory have repeatedly failed.

"Loads of equipment, now obsolete, bought through the Italia-Malta protocol remains in boxes and unused because of lack of staff, with poor pay failing to attract science graduates and technicians and a total lack of interest from government. It seems that the lack of interest in food safety by the Nationalists has been inherited by the present Labour government," he said.

"How can a supposedly economically advanced country fail to have properly resourced laboratories in Malta, which will be able to provide timely information to avoid tainted produce getting to market," he asked.