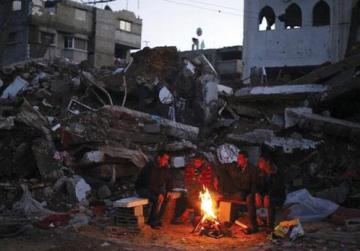 Around one in seven people across the globe still live without electricity, despite some progress in expanding access, and nearly three billion cook using polluting fuels, the World Bank said.

The global electrification rate rose to 85 per cent in 2012 from 83 per cent in 2010, pushing the number of people without access to electric power down to 1.1 billion from 1.2 billion.

India made significant advances, but progress in sub-Saharan Africa was far too slow, said a report tracking the Sustainable Energy for All (SE4ALL) initiative, launched by the UN Secretary-General in 2011.

Almost no headway was made in switching people from biomass cooking fuels such as kerosene, wood and dung, the report added.

“We are heading in the right direction to end energy poverty, but we are still far from the finish line,” said Anita Marangoly George, a senior director for energy with the World Bank.

The report warned that traditional indicators can overestimate energy access because power supplies are limited or unreliable for many communities.

For example, evidence showed that in the Democratic Republic of Congo’scapital Kinshasa, 90 per cent of people are judged to have access to electricity because of widespread grid connections, but the streets are dark most nights and few households can use their electrical appliances.

Ben Garside, a senior researcher with the London-based International Institute for Environment and Development (IIED), said too much emphasis was placed on investing in large-scale energy projects that feed into national grids.

“The aim is to generate the maximum amount of megawatts, but that won’t address the access issue, which is in rural areas,” he said.

The SE4ALL initiative has three goals, to be met by 2030: providing universal access to modern energy services, doubling the rate of improvement in energy efficiency and doubling the share of renewables in the global energy mix.

We are heading in the right direction to end energy poverty, but we are still far from the finish line

The report said the share of renewable energy − including hydro, solar and wind − grew fast at four per cent per year from 2010 to 2012. But the annual growth rate should speed up to around 7.5 per cent to achieve the 2030 goal, it added.

“We will need to work a lot harder especially to mobilise much larger investments in renewable energy and energy efficiency,” the World Bank’s Marangoly George said.

According to the World Bank and the International Energy Agency, which co-produced the report, annual global investments in energy would have to triple from around €350 billion now to as much as €1 trillion to meet the SE4ALL targets.

Of this, between €35 billion and €90 billion is needed each year to provide everyone with access to electricity. Only €3.8 billion is required for all to use modern cooking fuels.

One barrier to eliminating dirty fuels is that they are often subsidised or free, unlike cleaner options, said IIED’s Garside.

Gains could also be made by better understanding of the overlaps with other areas of development.

For instance, more efficient water use reduces demand and in turn the need to pump and treat water, cutting electricity consumption.