A woman who was shot dead at Corradino industrial estate in Paola has been identified as mother-of-two Bernice Cassar.

The incident happened shortly after 8am on a road behind the Mcast Campus where the 40-year-old woman from Qrendi was driving her car.

Police sources said the murder is believed to stem from a domestic dispute, and the woman had filed domestic violence reports in the past.

Her body could be seen covered by a sheet just outside a white Nissan Qashqai.

Police have tracked the suspect to the Qrendi neighborhood where he lives. Armed officers were outside his home and a police negotiator has been speaking to the suspect, trying to convince him to turn himself in.

The lead suspect is understood to have briefly spoken to police and even posted on social media after the murder. 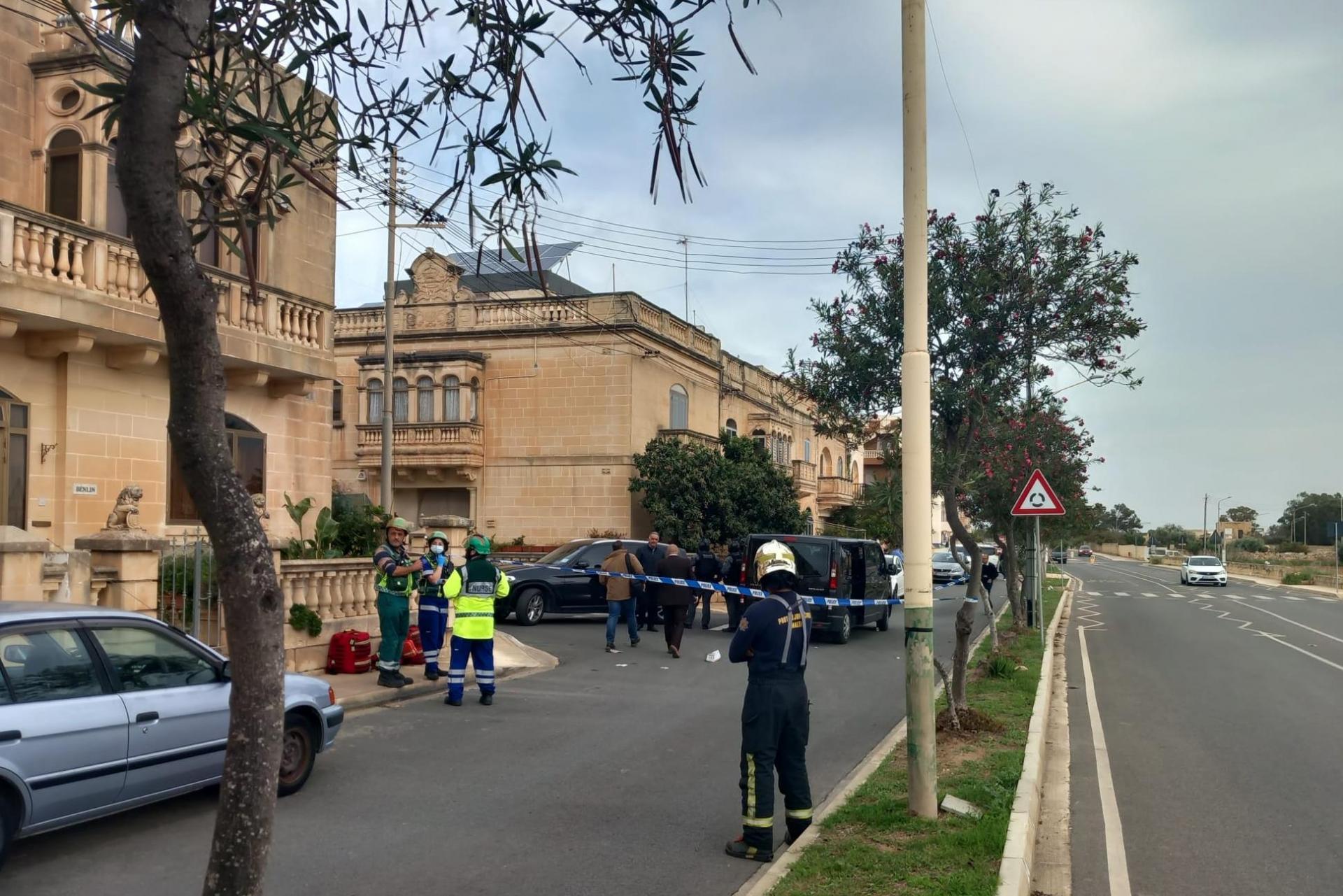 Police are carrying out an operation in Qrendi in order to attempt to arrest the suspect. Photo: Daniel Ellul

Distressed relatives of the victim arrived quickly on the scene and needed to be kept back by investigators.

An older woman, the aunt of the victim, arrived at the scene at around 10am and shouted out that the victim had made reports as recently as yesterday.

The woman listed all the times her daughter had sought help and made reports.

A witness from a nearby factory said he had heard three shots being fired at around 8am.

Another witness said a grey car was seen leaving the scene shortly after the shooting.

Several police units are on the scene, including armed officers of the Rapid Intervention Unit.

The murder is the first since Malta introduced the concept of femicide in the Criminal Code.

Those amendments were made in the wake of the rape and murder of Polish student Paulina Dembska on New Year’s Day, which sparked a wave of calls for legislation to protect women.