It has been a year since a joint investigation by Times of Malta and Reuters revealed that power station investor Yorgen Fenech owned the mystery company 17 Black. On Monday, Keith Schembri is expected to testify for the first time about the 17 Black connection in a libel case. Jacob Borg reports.

Daphne Caruana Galizia’s post about 17 Black in February 2017 set off a cascade of events that just a few weeks later would begin to pile pressure on some key figures involved in the power station project.

A leaked cache of e-mails from Electrogas, the power station consortium, showed growing concern about how corruption allegations involving 17 Black were being linked to the project.

Electrogas director Yorgen Fenech received an email in May 2017 from a senior consortium official saying there was concern “that the banks are getting nervous.”

The e-mail was sent after an internal discussion about a media article linking 17 Black to the Prime Minister’s chief of staff Keith Schembri and Tourism Minister Konrad Mizzi.

The growing corruption allegations surrounding 17 Black came at a sensitive time for the power station project.

Leaked documents from Electrogas show how a group of international banks were conducting a rigorous due diligence process on the consortium and its directors prior to lending the consortium €400 million to allow it to re-finance its operations.

Funds from a €450 million bridge loan taken out by Electrogas in 2015 were set to expire by August 2017, according to board minutes found in the leaked cache of documents.

The e-mail about the nervous banks was sent soon after media reports exposed how Mario Pullicino, the local agent for the tanker supplying LNG to the power station, wired $200,000 to 17 Black.

At this stage, there was nothing publicly linking Mr Fenech to 17 Black.

Keith Schembri and Konrad Mizzi have consistently denied having any link to 17 Black, despite an e-mail from their financial advisers saying their Panama companies would receive up to $2 million from 17 Black.

All the partners in the power station project, apart from Mr Fenech, have strenuously denied any connection to or knowledge of 17 Black. 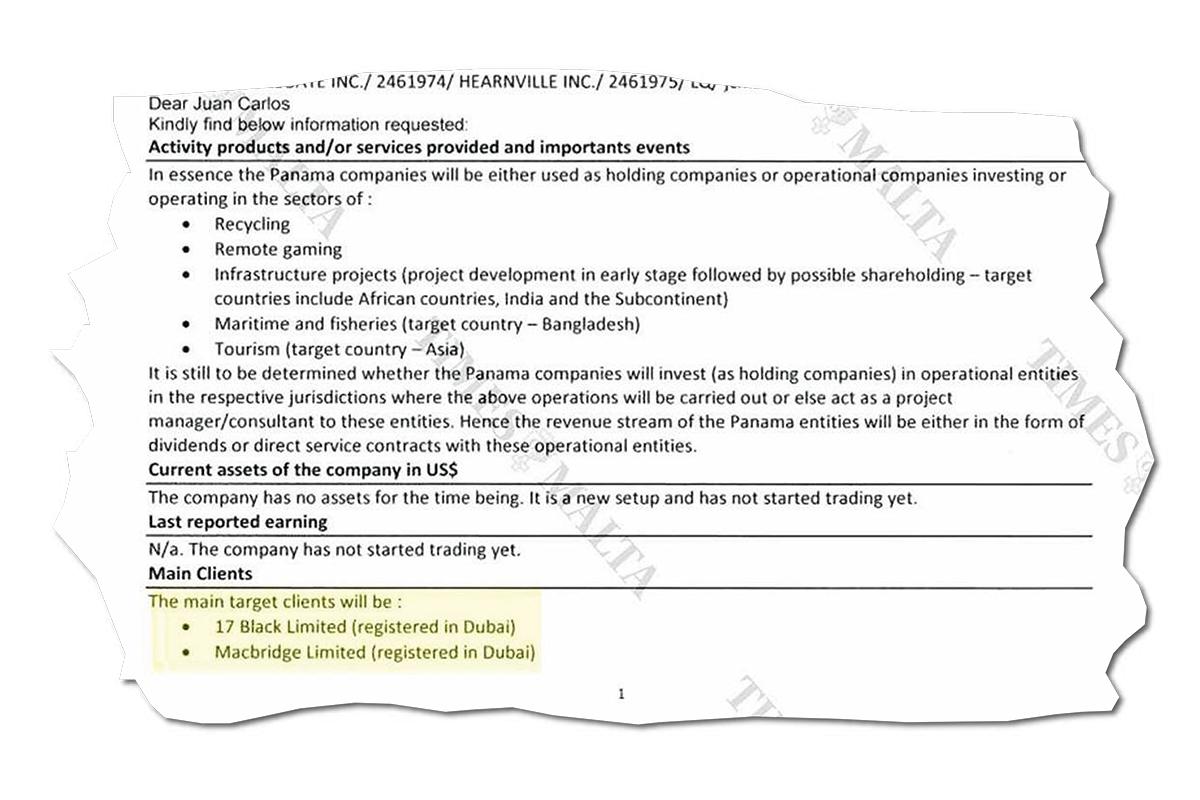 An e-mail detailing 17 Black as a target client.

In April 2018, a group of international journalists under the Daphne Project umbrella published findings of an unfinished FIAU report detailing the $1.6 million in transfers to 17 Black that took place in 2015, the same year Mr Schembri and Dr Mizzi set up their Panama companies.

Apart from the $200,000 sent by the LNG tanker agent, 17 Black also received payments totalling $1.4 million from a Seychelles company owned by a mystery Azerbaijan national.

Further investigations by Reuters would later reveal that Rufat Baratzada, the man behind the Seychelles company, was actually a security guard living in the outskirts of Baku, Azerbaijan’s capital.

The million-dollar payment was sent to 17 Black via ABLV, a Latvian bank that has now been shuttered due to large scale money-laundering violations.

Mr Schembri admitted to having “draft business plans” with 17 Black and Macbridge, another company whose ownership remains unknown.

Since then, the Prime Minister’s chief of staff has ignored repeated requests to clarify what these business plans were, and who owns Macbridge.

Dr Mizzi had dubbed the Daphne Project’s findings as a repetition of “unfounded allegations” made prior to the June 2017 election, and denied any knowledge about the money transfers to 17 Black.

During court testimony in a libel case this year, Dr Mizzi claimed Nexia BT’s Brian Tonna had assured him that 17 Black had nothing to do with him.

Around the time the Daphne Project shone a light on the payments to 17 Black, the police received a detailed intelligence report identifying Yorgen Fenech as the company’s owner. 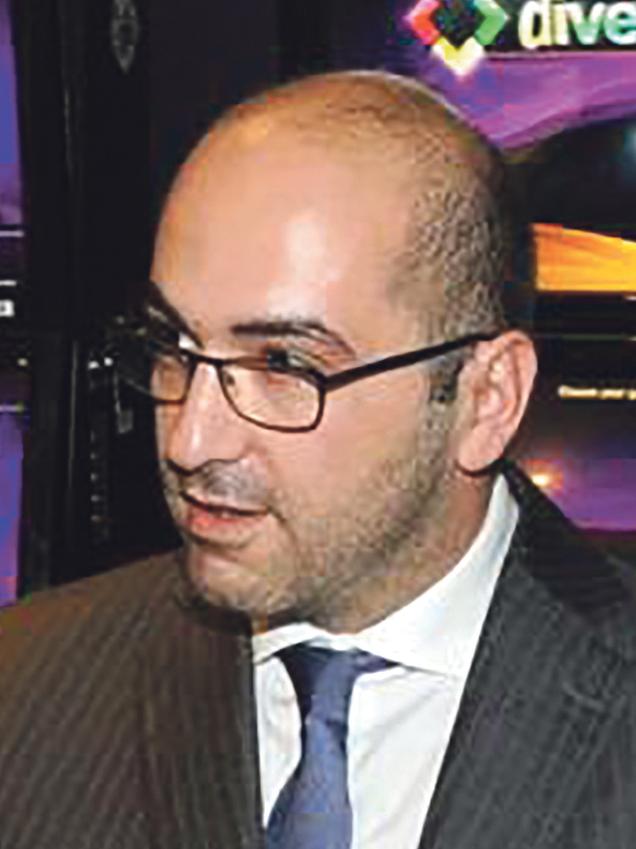 The police sought assistance from the magistrate in sending out requests for information to the United Arab Emirates, a notoriously uncooperative jurisdiction when it comes to the exchanging of criminal information.

Little information about the progress of the magisterial inquiry has been forthcoming since then.

Mr Fenech has strenuously denied any wrongdoing in connection with the Panama companies, but has never denied owning 17 Black.

Mr Schembri’s and Mr Mizzi’s attempts to open up bank accounts for their Panama companies was disrupted by the Panama Papers leak, details of which were first broken in Malta by Daphne Caruana Galizia.

Both men deny every receiving any money from 17 Black.

The promise to resign

Prime Minister Joseph Muscat had promptly promised to resign if any wrongdoing on his part was found in the 17 Black scandal after Times of Malta and Reuters revealed Mr Fenech as the company’s owner in November 2018.

Since then, the Prime Minister has on three occasions declined to say if he asked Mr Schembri what his plans with 17 Black were when questioned by Times of Malta.

Last month, Dr Muscat even declared that he would not be commenting further on 17 Black.

“I have answered all questions. I have nothing else to add,” was his curt reply.

Dr Muscat has doggedly stuck by Mr Schembri and Mr Mizzi ever since the Panama Papers leak first exposed their offshore plans.

He claimed that it was 17 Black that was being investigated by the police, not Mr Schembri or Dr Mizzi.

A police source confirmed to Times of Malta last year that Mr Schembri and Dr Mizzi would fall within the scope of a criminal investigation once Mr Fenech was confirmed as 17 Black’s owner.

Dr Muscat’s chief of staff has been equally evasive about 17 Black.

Mr Schembri had attempted to block a request for him to testify about 17 Black in a libel case he filed against former Opposition leader Simon Busuttil.

In July, a court handed down an order forcing him to take the witness stand about the company, and he is now expected to testify about it tomorrow.