Celebrated Italian tenor Andrea Bocelli is currently in Malta and was seen at St John’s Co-Cathedral earlier today, although details about the singing star’s visit, which has added a spark to the gloomy pandemic period, are yet to be announced.

It is not the legendary opera singer’s first stop on the island, having performed here back in 2006 and returning to sing with tenor Joseph Calleja at his Granaries concerts in 2017 and 2019.

Fresh from launching his latest album, Believe, this includes a previously unreleased collaboration with the late Ennio Morricone and a duet version of Amazing Grace with country star Alison Krauss.

Bocelli is said to be following up his record-breaking Easter Sunday concert with a musical event, Believe in Christmas, from the Teatro Regio di Parma opera house in Italy on December 12. However, any Malta connections with this have not been confirmed. 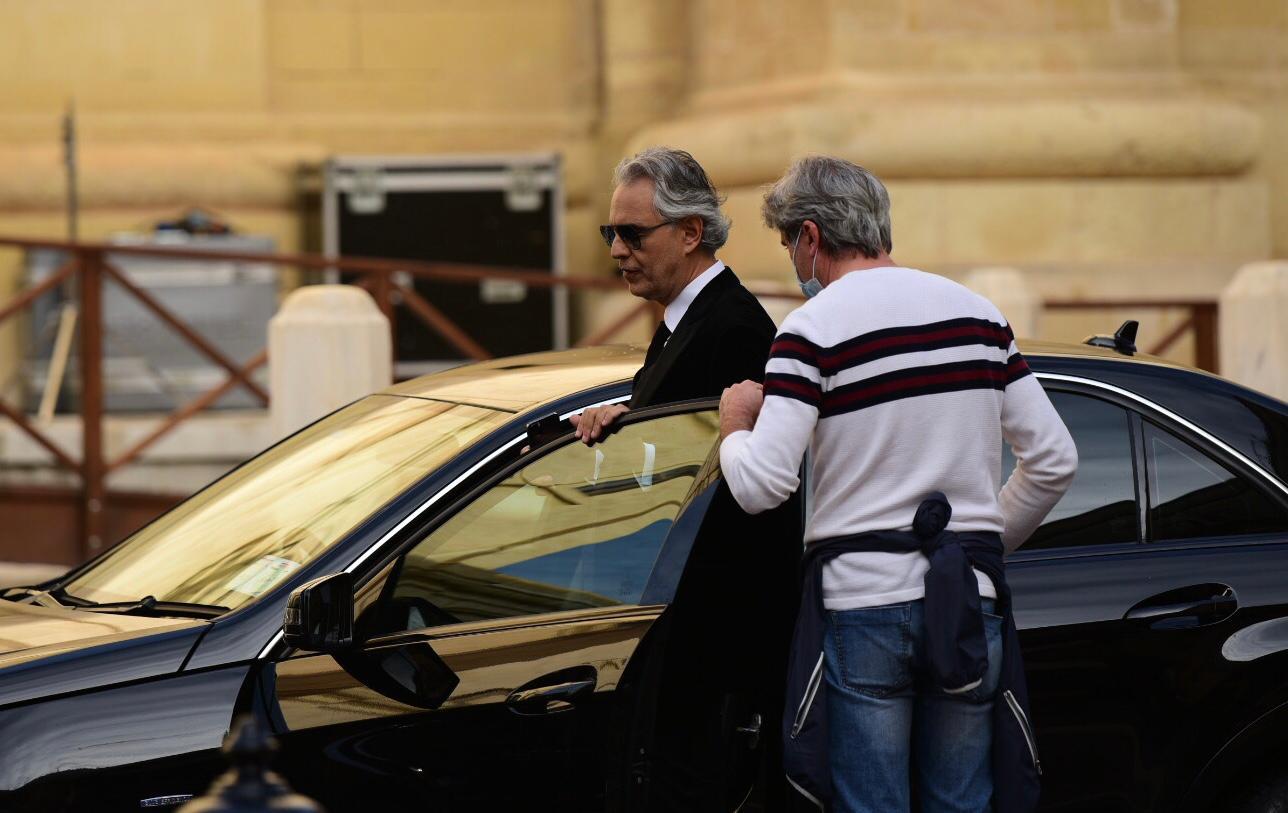 Last Easter’s Music for Hope performance was live-streamed from an empty Duomo in Milan during Italy's nationwide COVID-19 lockdown, and even the Parma opera house will not have an audience in attendance, but staggered primetime streaming times to attract viewers from around the world.

It had three million concurrent viewers, making it the largest simultaneous audience for a classical live-stream in You Tube history. It was seen 28 million times within the first 24 hours.

Believe in Christmas will, however, be a pay-per-view event and will not be available on-demand after it has taken place, according to Variety entertainment magazine. The only way to watch it will be to purchase tickets to the livestream broadcast.

Bocellli, who has been blind since the age of 12, is one of the biggest names in opera.

He shot to world fame in 1996 when, together with Sarah Brightman, they sang Con Te Partirò, which topped every record musical classification worldwide.