On the evening of June 5, 2018, Naxxar was interrupted by marching boots in St Lucy Street. The French were invading, and Santa Lucia chapel was the backdrop to marching bleues and their camp-followers.

Like the re-enactors bringing 1798 to life we too are invaders in Naxxar. We had no ties to the village we chose to move into. We were welcomed by neighbours and discovered a community we had not experienced in our former neighbourhood: people stop, chat and build ties with neighbours.

It is surprising how well-liked this area is, and how popular it is with tourists. We daily hear the trundle of suitcases to or from guest houses hidden in the alleys. We look out from our balcony in bemusement at tourists taking photos of the street. Some return to settle down, bringing new life to the old houses which grace the area.

It is not all idyllic: tall buildings have risen and traffic clogs Naxxar’s arteries. The daily commute gives you ample time to contemplate St Paul Street or the village square from your car, or bus, wondering why it takes 20 minutes to travel two blocks. Still, the village has managed, albeit only just, to retain its identity and charm in the face of this pressure.

All this may soon change with an invasion far more permanent and crushing: massive construction projects around the Naxxar Trade Fair Grounds, formerly part of the gardens of Palazzo Parisio once owned by Naxxar’s great benefactor, the Marquis Scicluna.

This development is set to become a town within a village, an invasion of towers, garages, offices and shops which will destroy the character of the locality for ever.

In the vision of the architect, his design should be the core of Naxxar, not the old pjazza

Forty-seven blocks up to seven storeys high, a huge underground car park and a commercial centre including offices and a shopping mall set to rival the close-by Pama complex, are to rise literally a stone’s throw away from the village core.

True, the grounds have been neglected for years and have been allowed to decay, and owners do have the right to utilise their land. It is, however, also true that the proposed complex will completely dominate Naxxar, tower over the core and outskirts and dramatically change its nature and dynamics. Alongside this mega-development, another two large building projects have also been proposed.

Construction commences with excavation. People with houses in the surroundings, like others living close to huge projects elsewhere, will spend years engulfed in dust, exhaust fumes and construction noise, with multiple cranes swinging loads over their homes and heads.

This will come at massive cost to their quality of life and health, a cost they will – unfairly – not be compensated for. Older properties surrounding the area will risk structural damage. The historical underground irrigation system underlying a large part of Naxxar, designed to water the gardens of Palazzo Parisio, with cisterns large enough to row a boat in, may be obliterated without trace and thought, for cultural heritage out of sight is also out of mind. 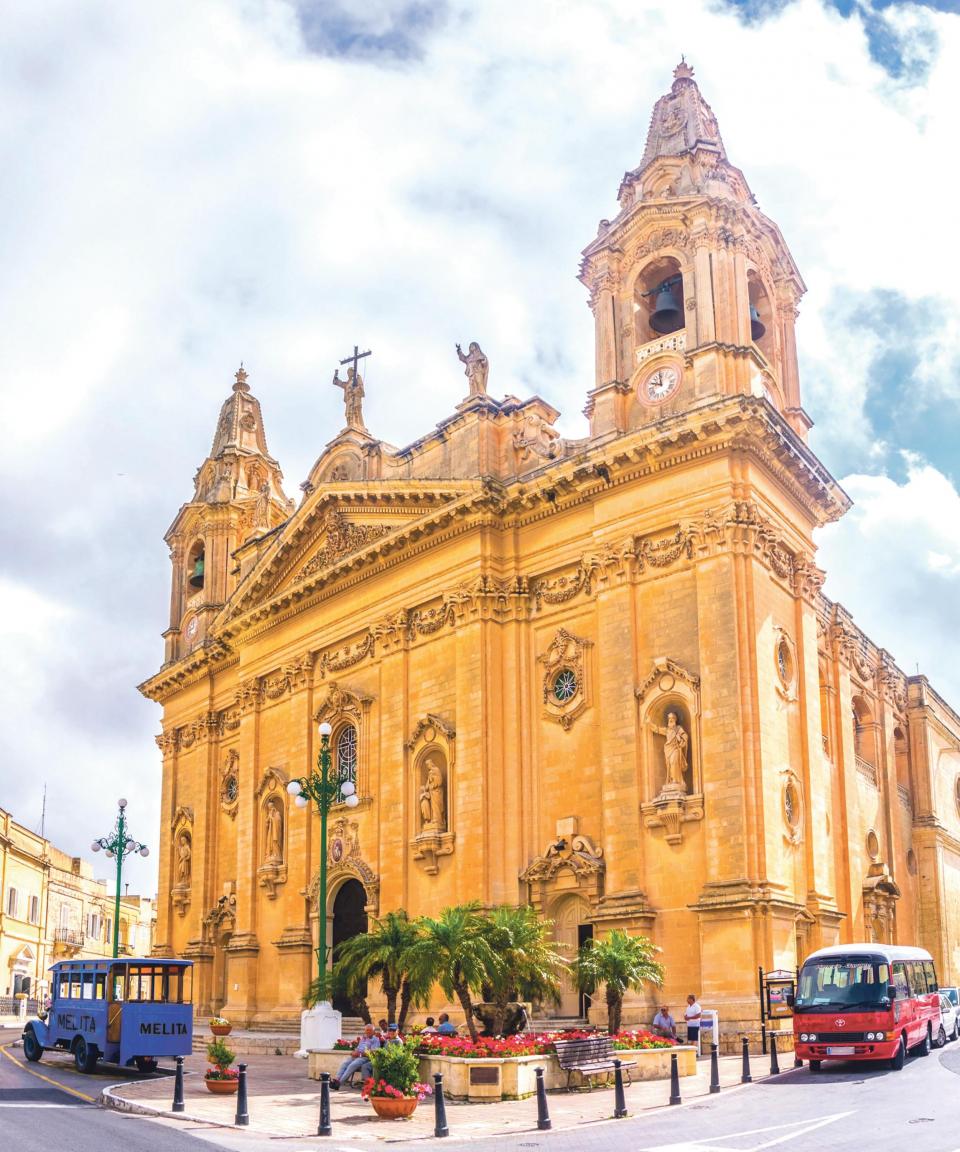 Old Naxxar risks being overshadowed with the invasion of massive construction projects around the Naxxar Trade Fair Grounds. Photo: Shutterstock.com

Palazzo Parisio itself and the houses in the village core will have a new vista of tall buildings sweeping upwards to block the views to North and West. Houses closer to the higher buildings will be in their shade, negating the use of solar energy. The skyline will be altered as the forest of blocks erupts.

When presenting this massive development during a residents’ meeting, the project’s architect waxed lyrical about village core life, then made it clear he was speaking of the new core of the proposed complex, not the historical core around the church and Palazzo Parisio.

In the vision of the architect, his design should be the core of Naxxar, not the old pjazza. The rightful core will lose its relevance, the new centre will be another nondescript shopping mall with apartments and offices; a landlocked, graceless Portomaso, as nondescript as the worst parts of overdeveloped towns like Qawra or St Julian’s, without the relief of a coastline.

Older properties, bound by development and lost in its shadow, will lose their value, leading to further speculation and destruction. Naxxar will be devalued and consumed.

The cars of the new residents, of the workforce installed in shops and offices, and of shoppers will fill the planned garages and bleed into St Paul Street, which is already notorious for its excessive traffic.

An ADI study estimates that the annual average daily traffic (AADT) in the area will increase by 2,891 trips on weekdays and 3,129 on Saturdays.

The excess traffic and increase in exhaust fumes that this will generate will affect the health of residents of these gridlocked streets, and of the commuters who daily get stuck in heavy traffic before they even leave Naxxar.

Pama shopping village is known for the traffic it generates in the roads servicing it; imagine the traffic generated by a second such mall combined with hundreds of apartments and offices, added to already heavily congested roads.

Inevitably, new roads have been planned. Tal-Balal is currently being widened with disregard for, and to the detriment of, agricultural land. Widened roads will still end in single lane roads bound by buildings, serving merely to shift the bottleneck.

This is already observed wherever twin lanes converge into one. Any new roads will be directly choked with added traffic, increasing pollution and traffic to the point of gridlock.

It is unfair to expect the proprietors not to develop the site. The owners belong to a family which has done much for Naxxar, and who are tied to its identity. It would be a supreme irony if they were to deliver the deathblow to the character of the Marquis’ village.

It would be a far more fitting legacy if they, with government help, could make a supreme gift to the village: a more moderate development, with accessible, human-centric, large green open spaces and facilities, which we so badly lack, and which children are growing up without.

The planned development proposes some limited open spaces, but these are the minimum required by planning constraints, and if the new community were to become a gated one, these will not be accessible to other residents of Naxxar.

But are the latter relevant to developers? In a recent Times of Malta interview, the president of the Malta Developers Association, Sandro Chetcuti, stated: “We want to try and save the look of some traditional villages while safeguarding property owners’ rights.”

One wonders whether this right will condemn Naxxar.