Neville Gafà, who was employed by the prime minister in January on a person of trust basis, has also been a frequent visitor to Mr Schembri’s villa ever since Joseph Muscat’s top aide stepped down on November 26.

Prime Minister Joseph Muscat brushed off questions by Times of Malta when asked last week if he was still in contact with Mr Schembri.

Neville Gafa’'s car leads the way, with Keith Schembri in the passenger seat in the car behind him.

On Monday morning, the silver Peugeot was observed parked outside the prime minister’s office in the spot that used to be reserved for his chief of staff.

Later on in the day, the Peugeot was seen entering Mr Schembri’s villa complex.

Questions sent to the prime minister’s office about the purpose of these frequent visits to Mr Schembri’s home by a government vehicle remained unanswered.

No replies were received from the prime minister’s office about whether Mr Gafà is still a government employee.  Mr Schembri’s former private secretary Kenneth Azzopardi has also been seen driving the former chief of staff around.

On Monday afternoon, a silver Range Rover driven by Mr Azzopardi with Keith Schembri in the passenger seat was seen driving out of the Mellieħa villa complex. 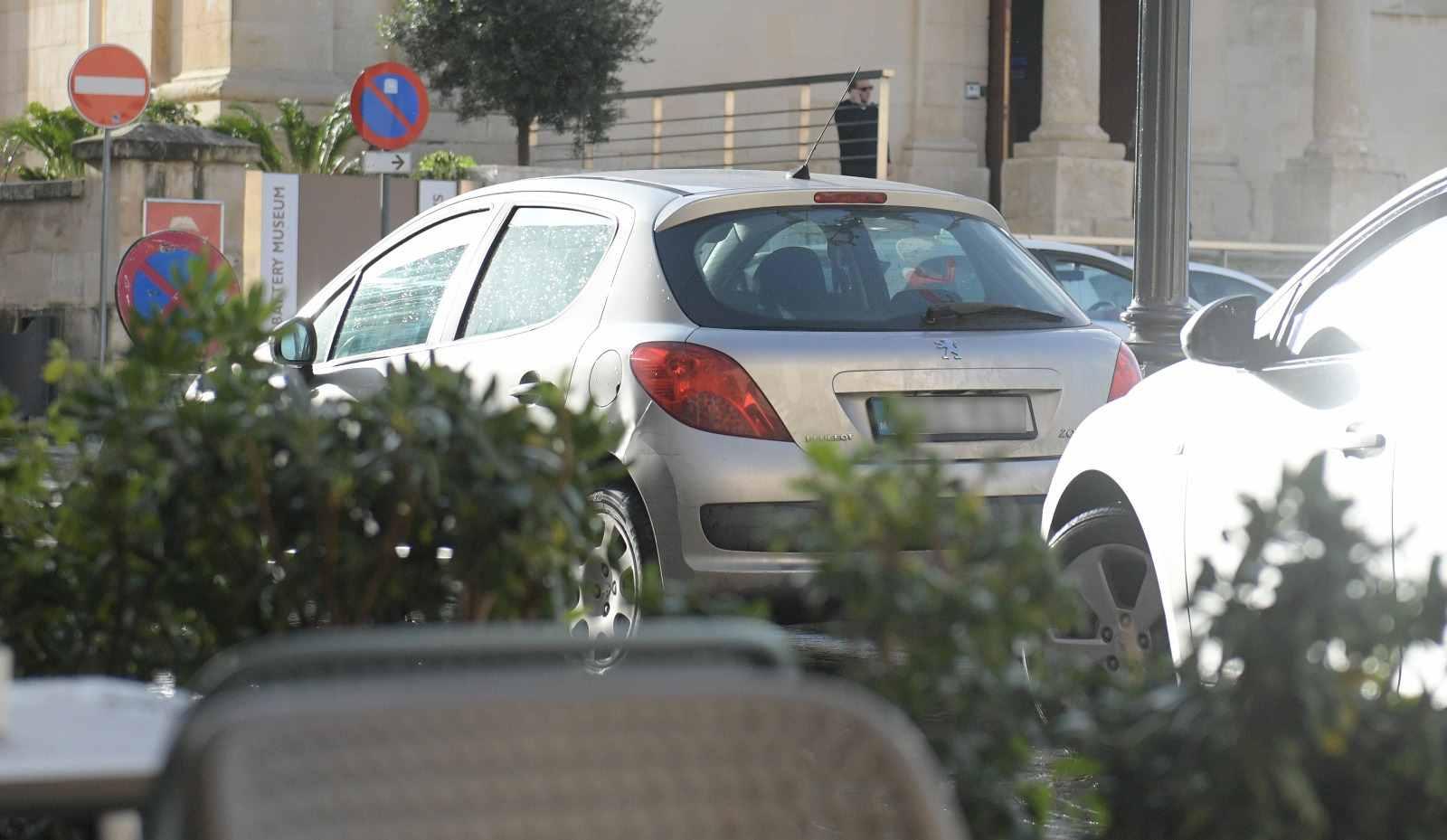 The government car that has been visiting Keith Schembri’s home, seen parked outside the prime minister’s office on Monday. Photo: Matthew Mirabelli

A Black BMW with tinted windows, owned by Mr Gafà, pulled out in front of the Range Rover and appeared to be escorting it.

An OPM spokesman did not say if Mr Azzopardi is still on the government payroll.

Times of Malta trailed Mr Gafà’s BMW on Thursday night after one of his many visits to Mr Schembri’s house, in a bid to understand his movements.

Another car that pulled out after Mr Gafà appeared to alert him that he was being followed.

The car behind Times of Malta’s turned on its high beams and honked its horn, in an apparent signal to Mr Gafà that he was being tailed.

Shortly after that, Mr Gafà pulled over and started following Times of Malta’s car.

By that point, Mr Gafà had already driven past his own Mellieħa home overlooking the Santa Marija estate where Mr Schembri lives.

Times of Malta pulled over before getting on the road winding down to Għadira Bay in a bid to once again pick up Mr Gafà’s tail.

'He's not there': Neville Gafà in a visit to Keith Schembri's house last week.

His Black BMW zoomed off into the distance, but Times of Malta managed to catch up with him a few minutes later outside his Mellieħa home.

A clearly agitated Mr Gafa pulled up in front of Times of Malta’s car, blocking its path and threatening to file a police report.

He declined to elaborate on the reason behind his frequent visits to Mr Schembri’s house.

Mr Gafa has previously told Lovin Malta that his frequent visits to Mr Schembri’s home were down to them being good friends.