The Opposition will be nominating its member to Lands Authority board of governors after having refused to do so during the previous legislature. 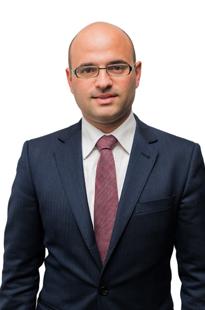 Mr Callus said the government was still in time to improve the Lands Authority board structure.

Speaking during a debate on financial estimates for the authority, Nationalist Party MP Ryan Callus told parliament that the PN still believed that the authority’s legal counsel, notary and auditor should be nominated by their respective professional bodies – a proposal that the government had turned down earlier this year. The government, he said, was still in time to take this proposal on board.

The authority, which is chaired by retired judge Lino Farrugia Sacco, had been slammed as a "smokescreen" by the PN last February.

Mr Callus criticised the government for not having allocated enough funds to compensate owners whose land was expropriated years ago.

Moving the authority’s financial estimates, Parliamentary Secretary Chris Agius had earlier called on the Opposition to nominate its member and promised to work with the Opposition to arrive at a satisfactory solution.