Malta has recorded 106 new COVID-19 cases in 24 hours, marking its highest single-day count since the start of the outbreak.

Superintendent of Public Health, Charmaine Gauci described the situation as "serious" and warned that the number of people being treated in hospitals has also increased.

The previous daily record was on Sunday, when 78 new cases were reported, many of whom are residents of homes for the elderly.

It comes as pupils prepare to return to schools, which are scheduled to reopen at the end of the month. Malta's two teaching unions reacted to the news by calling on authorities to keep schools closed.

Malta has the fourth highest active COVID-19  cases in the EU per 100,000 but it also has among the highest rate of testing. Some 2,470 tests were carried out over the last 24 hours and a further 22 patients recovered. 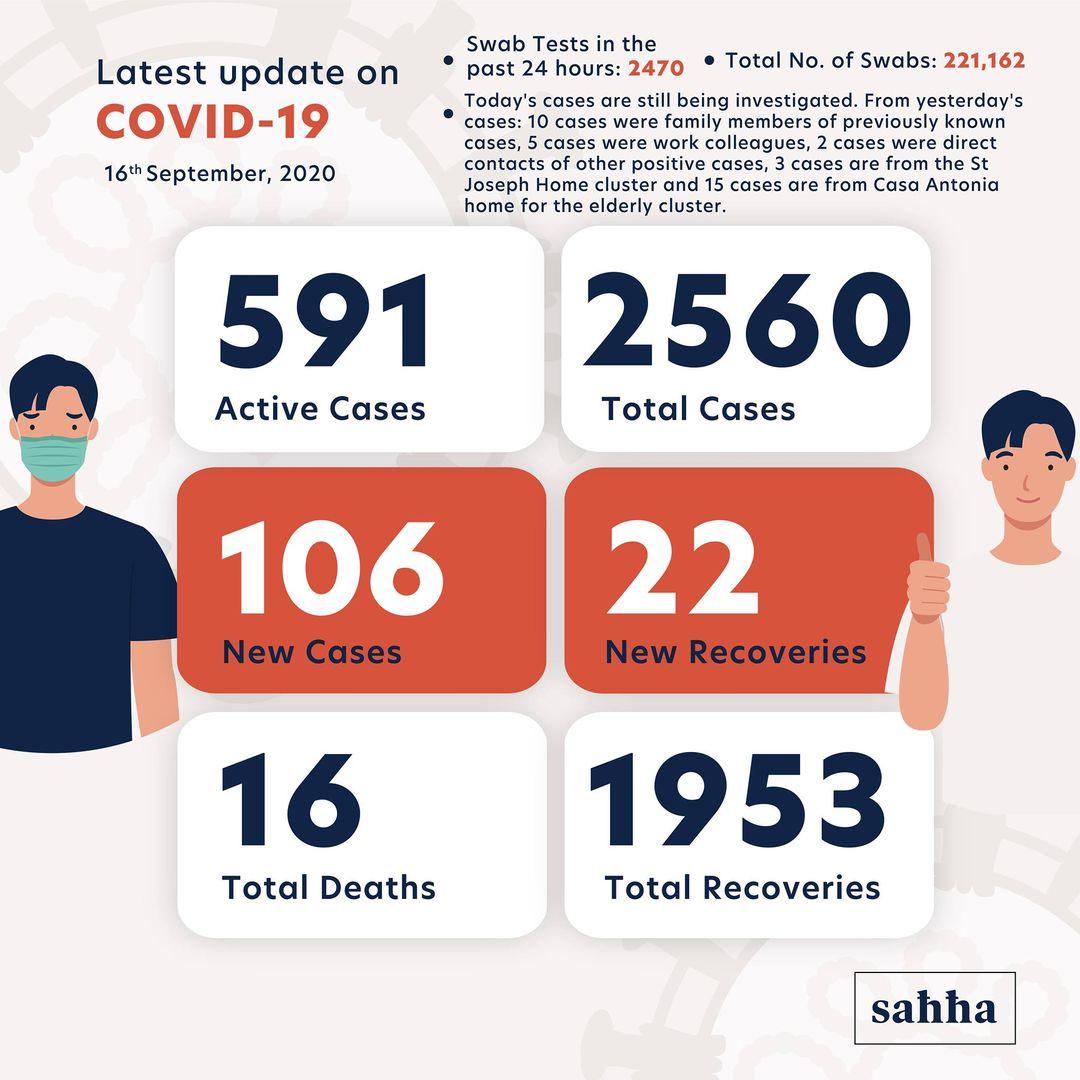 Gauci said officials were assessing the situation and investigating the cases to trace the possible causes.

"A number of today's new cases are from homes from the elderly, while a good number are sporadic," she told Times of Malta on the fortnightly Ask Charmaine Facebook live programme.

"These are the worrying cases as they are the ones that spread in the community. Several are related to workplace and family clusters."

Doctors’ union head Martin Balzan said it was baffling that the health authorities had not declared a public health emergency as COVID-19 numbers rise.

He said: “I cannot understand how this has not been declared. The most worrying aspect of all this is that COVID-19 is now in the homes for the elderly. The death rate might get higher and the hospitals could soon be overwhelmed."

Charmaine Gauci was live on Times of Malta's Facebook page

She underlined the importance of people taking measures including social distancing, washing hands and wearing masks.

Malta registered the first COVID-19 case on March 6. During the first week of July, the numbers dwindled, with several days of no new cases being detected.

By the end of the month, the numbers increased, with cases linked to large parties, nightclubs and a festival.

A total of 16 patients have died of coronavirus in Malta. More than 218,600 tests have been carried out.

While most restrictions were lifted in July, when the airport reopened, a series of new measures were introduced on August 17, limiting mass events and introducing test result requirements on visitors from a number of countries.