The number of new COVID-19 cases reached an all-time high of 336 on Tuesday.

Authorities also announced the death of three people, increasing the death toll to 319.

The grim figure comes just days before Malta is set to mark a year since the first COVID-19 case was registered on March 7, 2020. 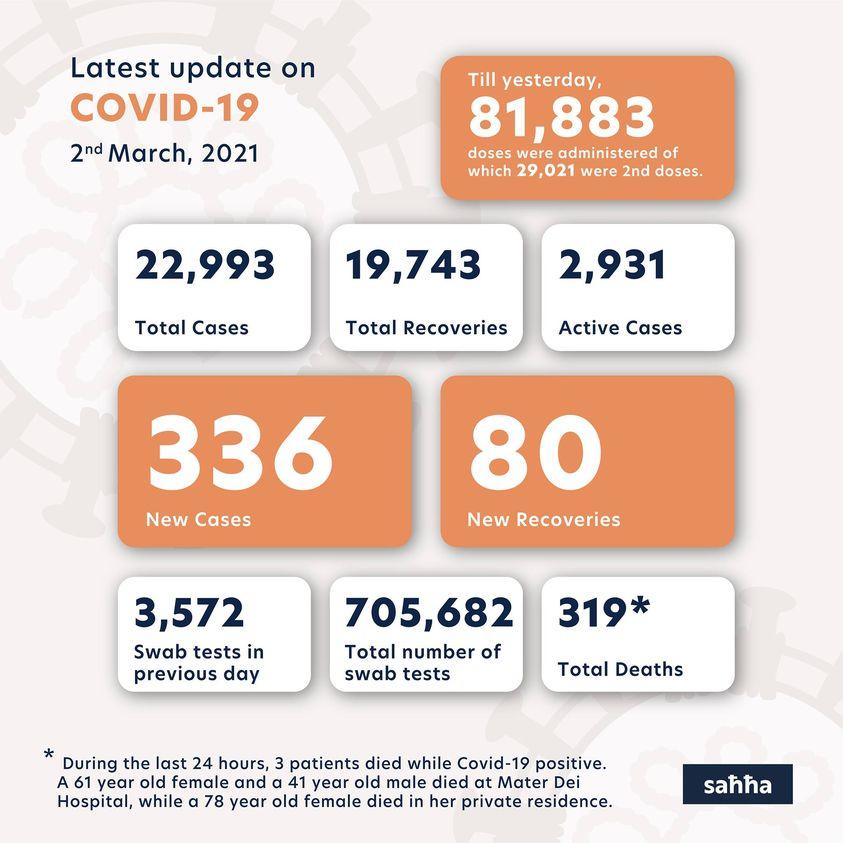 This is the third time in a week that the record of new daily infections was smashed as the country continues to deal with a rocketing tally of new cases – 263 patients were confirmed positive for the virus on Sunday.

The high number of new cases reflected in a high positivity rate of 9.4 per cent,  with 3,572 swab tests carried out in the past 24 hours.

In a reaction, Opposition leader Bernard Grech said in a statement: "The Prime Minister’s now infamous declaration that in March we’ll be "up and running" is more tone deaf than ever today, as Malta records the third record number of COVID19 cases in less than a week. We need vigilance and leadership to beat this pandemic, not empty words / promises."

While healthcare professionals have warned the situation in hospital is getting out of control, the prime minister on Monday said COVID-19 mitigation measures will only be increased if health authorities recommend doing so.

According to University of Oxford research published in January, Malta is one of the least strict countries in the EU, in terms of measures imposed to reduce the spread of the virus. 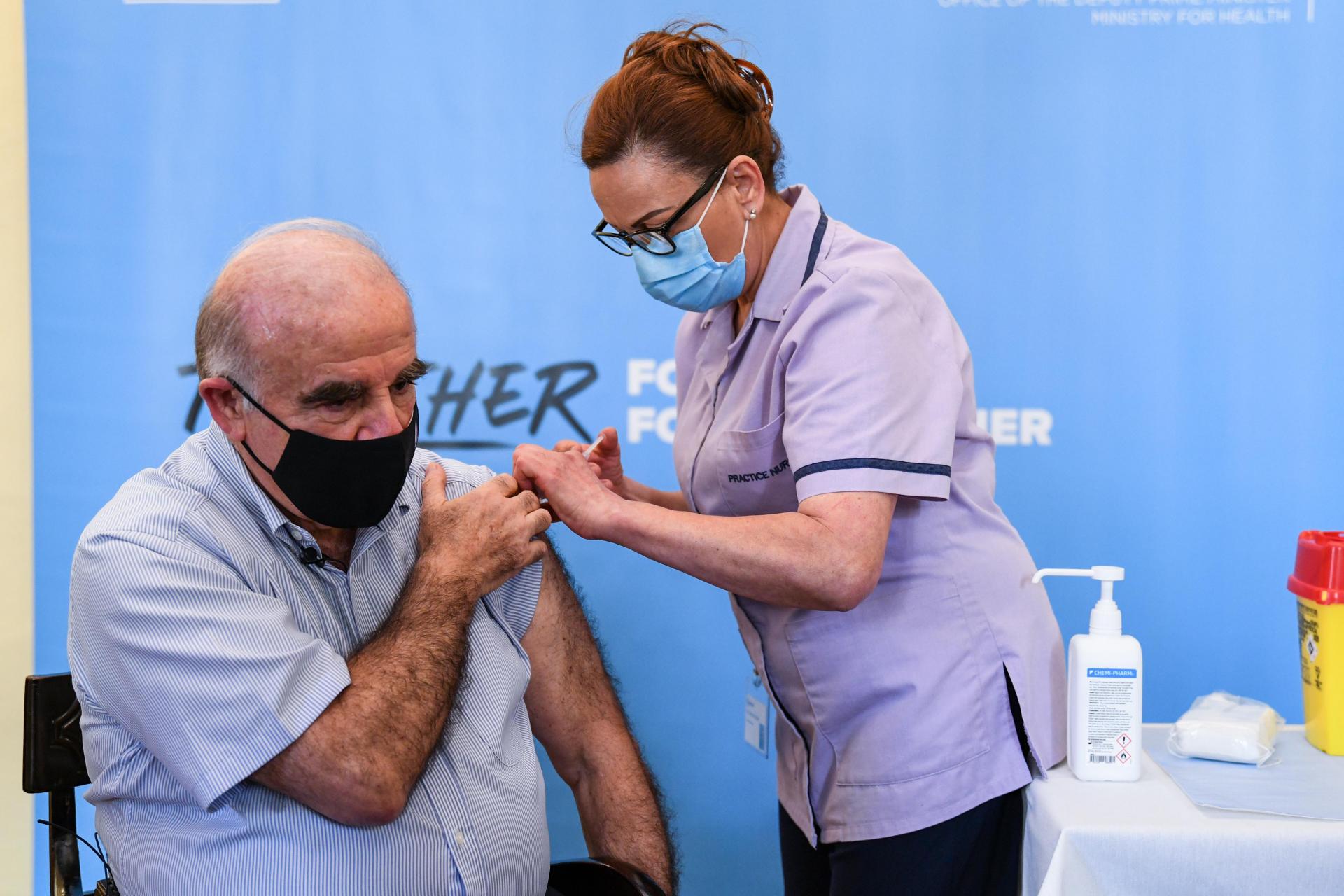 President George Vella is among the 15 per cent of the population to receive at least one dose of the COVID-19 vaccine - but case numbers are reaching record highs. Photo: DOI

While restaurants, shops and schools remain open, masks are mandatory outside, gatherings of more than six people are banned in public places and bars remain shut.

However, not everyone is following the guidelines. Police are to prosecute the organiser of an illegal rave held in the White Rocks area over the weekend.

Health Minister Chris Fearne said on Monday the vaccine rollout will help bring the numbers down. He also called on the public to continue following the restrictions in place to slow down the spread.

The health authorities have blamed the recent spike on the UK variant spreading in the community. The variant is known to be highly-transmissible and as of Friday accounted for about eight per cent of all cases found in Malta.

Meanwhile, an ITU specialist who spoke to Times of Malta warned most COVID-19 patients in intensive care are now “in their 50s and 60s”. Staff, he said, are currently struggling with increasing numbers of people seriously ill with the virus with a fourth ITU in the process of being set up.

The doctors' association had sounded similar warnings last week. The Medical Association of Malta has also called on the government to hold off on relaxing certain measures, such as those at homes for the elderly, until the number of new cases goes down.