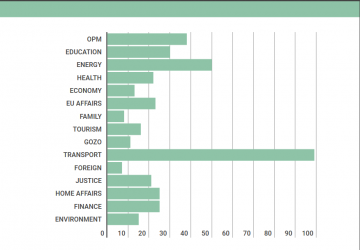 The ministries received 402 requests from media house and members of the public between 2015 and 2017, under the Freedom of Information Act.

The Freedom of Information (FOI) Act (Cap. 496), which came into force in September 2012, establishes the right to the public to information held by public authorities in order to promote added transparency and accountability in government.

However, there are a number of grounds on which ministries can refuse to release information, and only 54% on average were upheld in full or in part between 2015 and 2017, according to information compiled from the replies to Parliamentary Questions posed by MP Karol Aquilina to the various ministries. 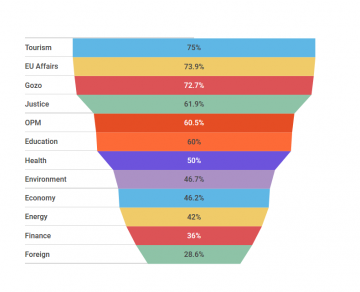 The information given by the ministries was not submitted in the same format, so it could not be completely analysed, but there was enough information to pick up trends.

For one, there was a huge difference between the number of requests made: the ministry which received the most FOI requests is the Transport Ministry (99) while at the other end the Foreign Ministry received only two.

The most forthcoming, according to those who gave information about the number of requests upheld, was the EU Affairs Ministry, which replied to almost three-quarters of the requests, either partially or in full. 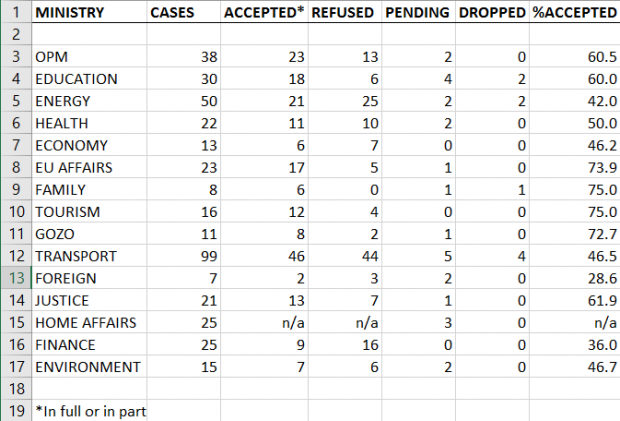