The political leaders rounded off the 2020 electoral campaign on Thursday evening, addressing mass rallies in which they thanked supporters for their encouragement, and called on everyone to cast their ballot on Saturday.

Robert Abela spoke before thousands of enthusiastic Labour supporters who packed the MFCC tent at Ta’Qali, appealing for ‘a strong vote for a strong Malta’.

Bernard Grech addressed a crowd that filled the palace square in Valletta, saying this was the time to say Issa Daqshekk (enough is enough) to abuse of power and instead opt for the PN’s vision of the future.

The five weeks of campaigning will be followed on Friday with a ‘day of silence’ when voters are expected to reflect on their choices before heading for the polling stations on Saturday.

The Labour crowd at Ta'Qali.
.

Early in his address Robert Abela thanked supporters and expressed special appreciation to his wife Lydia and their daughter, becoming emotional as he mentioned  Giorgia-Mae.

He said he remained close to people and felt their needs and aspirations. “I know what people want because I met you every day. I was there with you, knocking on doors to listen to you at home, at workplaces and at educational institutions. This is where I see what we have achieved together and how we can address better your concerns,” Abela said.

He appealed for a strong vote for Labour, saying it would make Malta stronger.

Promising a better future, he said that not everything would be rosy and Malta would face its share of challenges "but what I can promise you is that every challenge will be turned into an opportunity.” 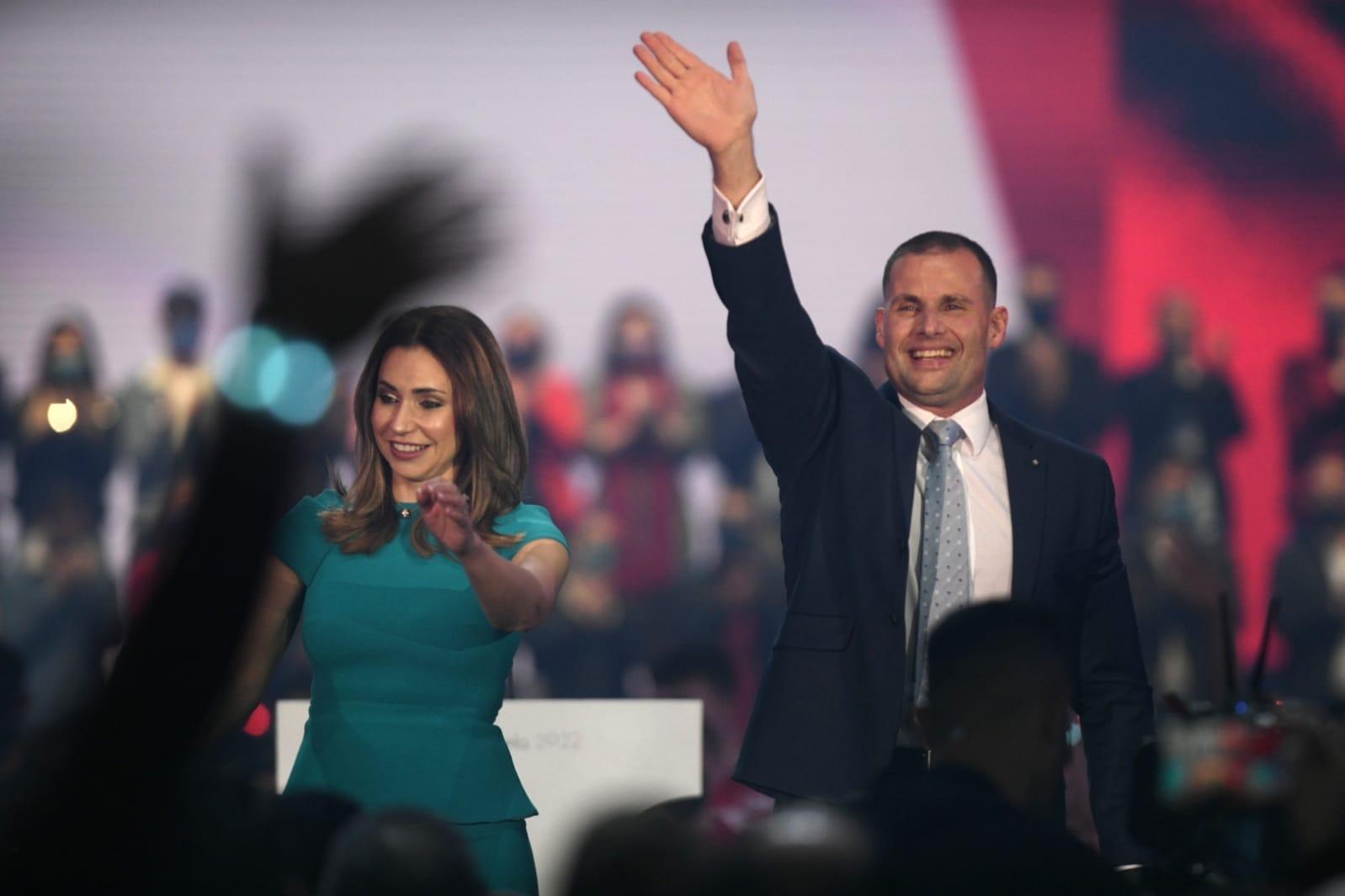 As he started to lose his voice, Abela said the Labour Party had a vision for the country and was promising to continue reforming the country.

“Who do you trust to run the economy, cut taxes, and raise living standards, education and health? Answer these questions with your vote,” he said.

“Let us continue putting people before partisan politics. Trust me with my first mandate so I can continue changing things. Let us show that Team Malta is ready to continue leading this country,” he added.

Turning to those who were still sceptical on who to trust with their vote, Abela warned that people should not shy away from backing the party which supported them through the pandemic.

He said he would have never imagined that the opposing party would appeal to people not to cast their vote.  They had done that, he said, because they knew they were not an alternative government and because they had no plan for the future. 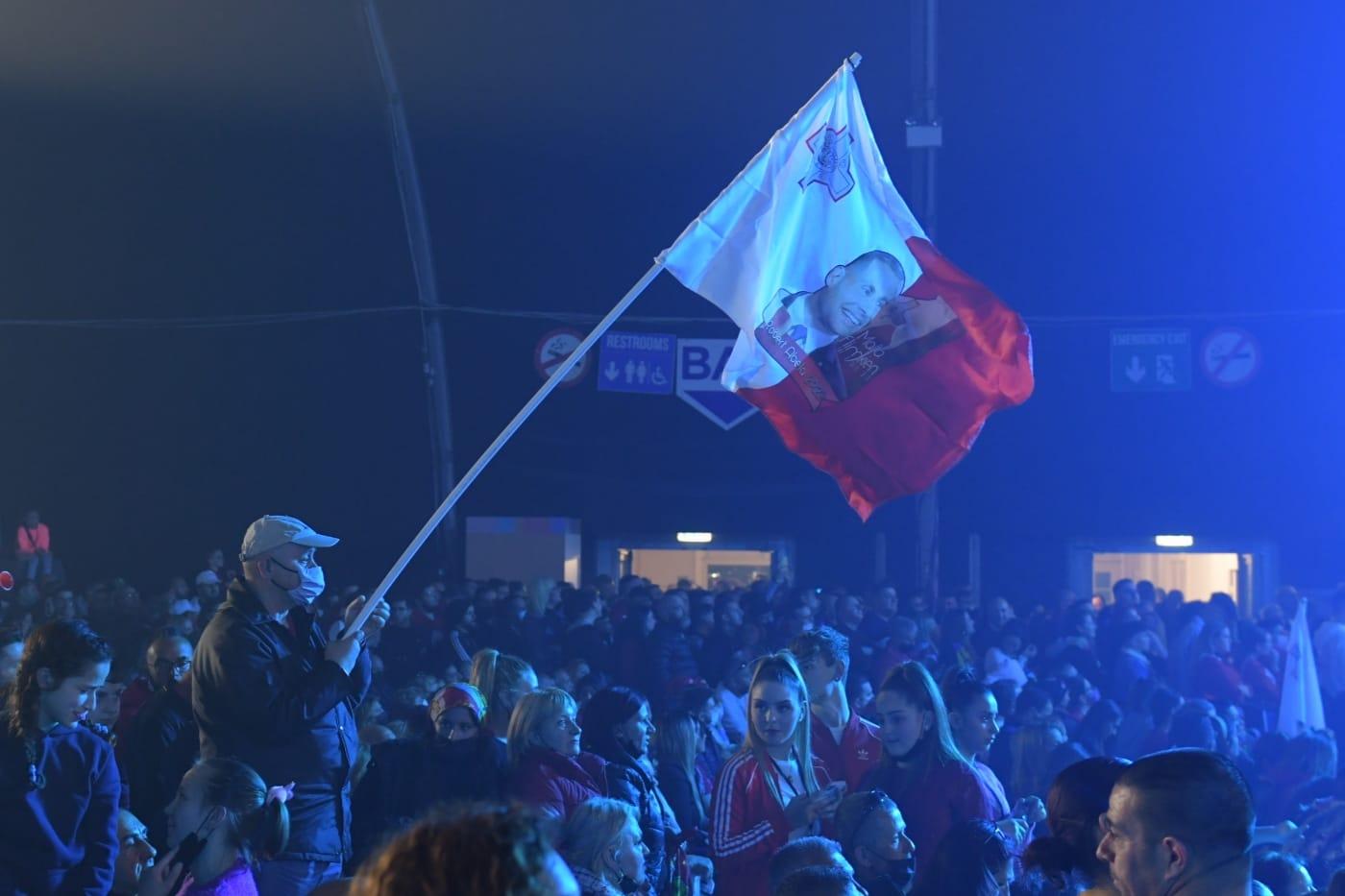 "We need to move away from divisive politics and seek unity instead. I showed you I am ready to listen, learn and deliver. With me you know where you stand,” he said to loud applause and chants of Viva l-Labour.

He said he knew PN leader Bernard Grech from court and viewed him as one who resisted change. Grech was now surrounded by people who split the party and were now vying to split the country. “This is the choice we have: either solutions for challenges we have or expired politics.”

He spoke about some of Labour's electoral pledges, saying  the party had a vision for every child to succeed. It was pledging to changed IVF laws, reduce taxes and increase pensions. The biggest pledge was to invest €700 million to turn traffic-clogged roads into open spaces that families could enjoy.

But none of these pledges could be implemented if Labour was not elected to power so he called on people to give him a strong mandate to continue governing the country for the next five years.

Grech: I have done my duty, now it's up to you

Nationalist Party leader Bernard Grech in thanking his supporters, said he had come forward in a difficult time for the party and he had done his duty, helping to unite it and to present a vision for Malta.

Now it was up to the voters.

It was their time to say enough to government abuse of power and arrogance.

He urged those present to speak to anyone who may be undecided and not let this chance to set the country on a new path slip from their hands.

He listed scandals involving Robert Abela, particularly the manner how he was awarded lucrative contracts by the Planning Authority, the way he bought his Zejtun villa and rented the address to Russian applicants for Maltese passports, and his links with Christian Borg, who is awaiting trial for alleged abduction.

He also hit out at the new Junior College entry requirements, saying that the fact that Maltese was not an entry requirement undermined the language. The way how the new rules were brought in reflected Labour's  “arrogance” and “mad grab for power”. 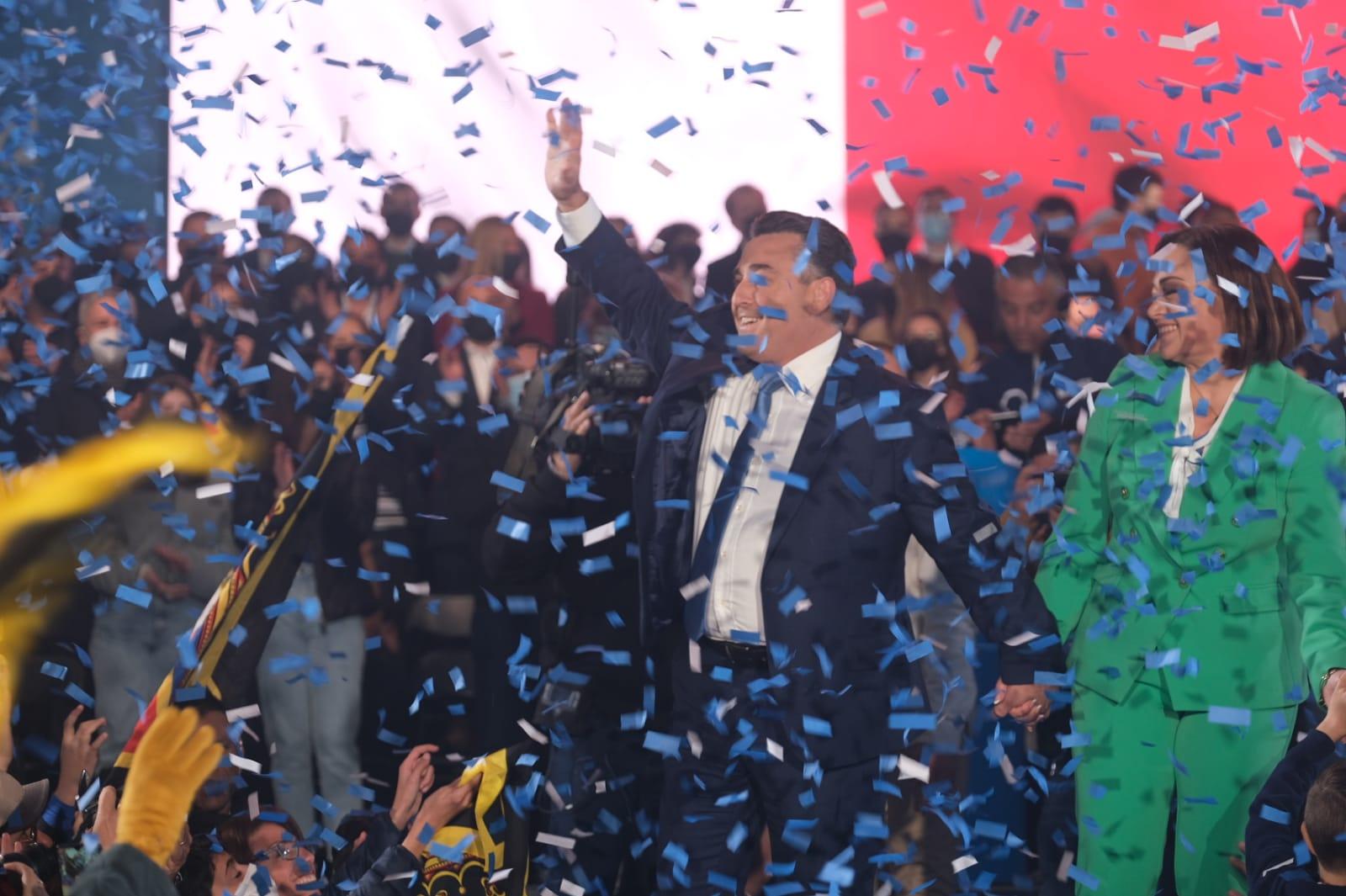 Hitting out again at the prime minister, he said he applied different laws for himself, refuses interviews with independent journalists, and had turned down four debates.

Grech said he had come forward to serve the party in a time of crisis and that he believed that voters could see the work he has done to unite the party and present an electoral team that is worthy of governing the country.

“I have done everything that I could. I turned up my sleeves but not my nose. I came forward to unite the party and I succeeded. “We produced a strong and energetic campaign because you gave us your confidence. We are nothing without you and without your energy. I am nothing without your vote. If you want us to be able to execute our vision for Malta, we need you to take responsibility and convince everyone you know to vote for the Nationalist Party. Let’s walk this road together and make the impossible possible," Grech said as he embraced his wife and children while fireworks were let off and the national anthem was played. 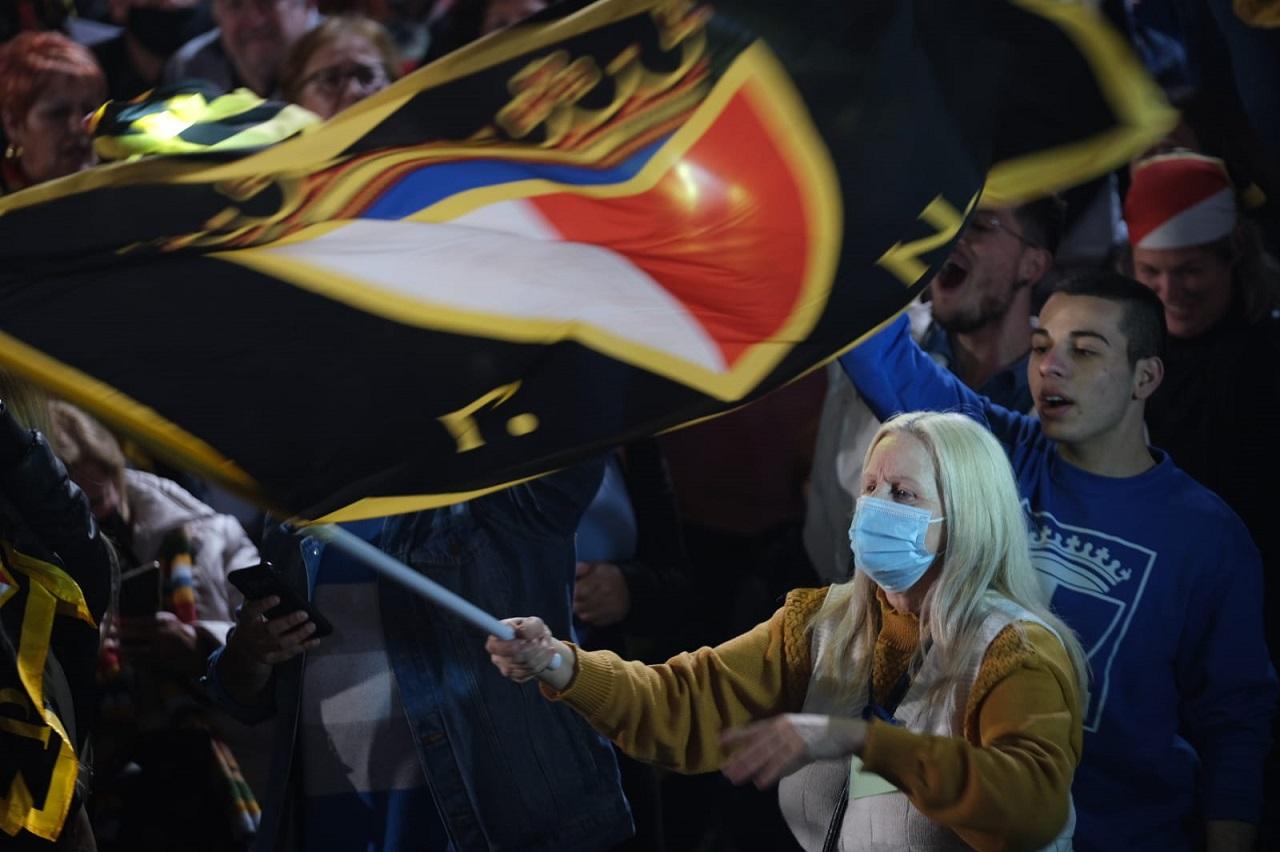