The faded sign of The Lamb & Flag swung in the wind as staff removed barrels from one of Oxford's oldest pubs, which has closed permanently during the coronavirus lockdown.

As the 16th-century inn wound up its operations, Oxford landlords warned of the "devastating" impact of national lockdowns on the university city's cosy pubs.

Many were frequented by writers such as J.R.R. Tolkien and C.S. Lewis, and the fictional detective Inspector Morse, while they rely on student trade, social drinkers and tourists.

But like other English pubs, they have faced bans and restrictions since March last year and can currently only open for food delivery or takeaway. 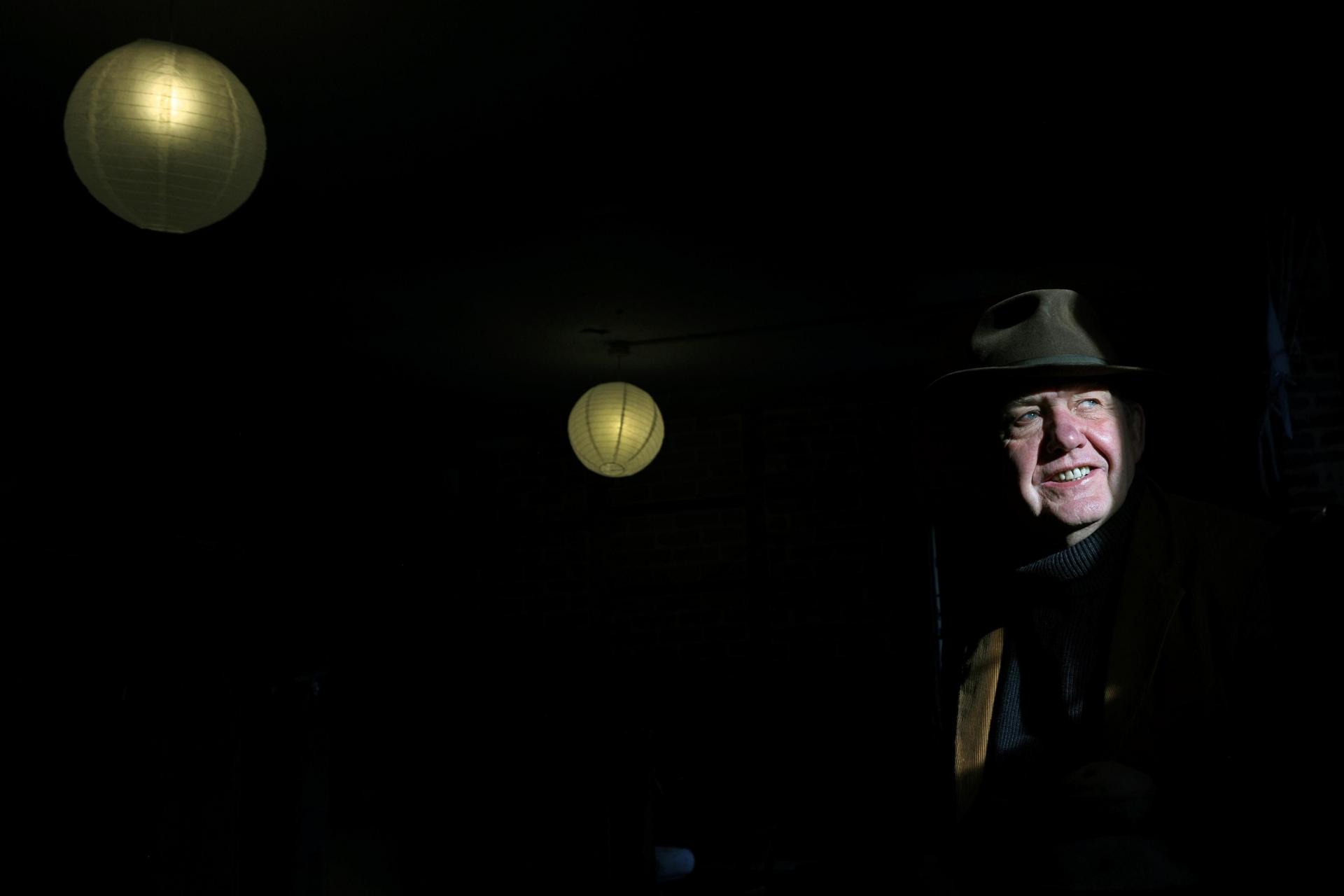 Mark "Baz" Butcher, landlord of The White Hart of Wytham.

"I know several publicans who have said, 'enough's enough, we cannot continue'," Mark "Baz" Butcher, landlord of The White Hart in Wytham, on the outskirts of Oxford, told AFP.

"I think it's inevitable there will be some closures," with small traditional pubs most at risk, added Dave Richardson, spokesman for the local branch of the Campaign for Real Ale (CAMRA).

In January, St John's College, a massively wealthy landowner, said The Lamb & Flag, which it owns, was not financially viable and its staff would be made redundant.

The college, part of the University of Oxford, said that as a registered charity, it could not run a loss-making business.

Richardson said he was aware of interest in taking over the pub, including from local landlords.

Nevertheless, big breweries and hospitality chains are most likely to sell off traditional smaller, mainly drinks-led pubs, like The Lamb & Flag, he said.

These have struggled to comply with restrictions, particularly in December when they were ordered to only serve alcohol with "substantial meals".

Pubs have been "blamed out of all proportion to the risk they pose", argued Richardson, urging the government to provide sector-specific support. 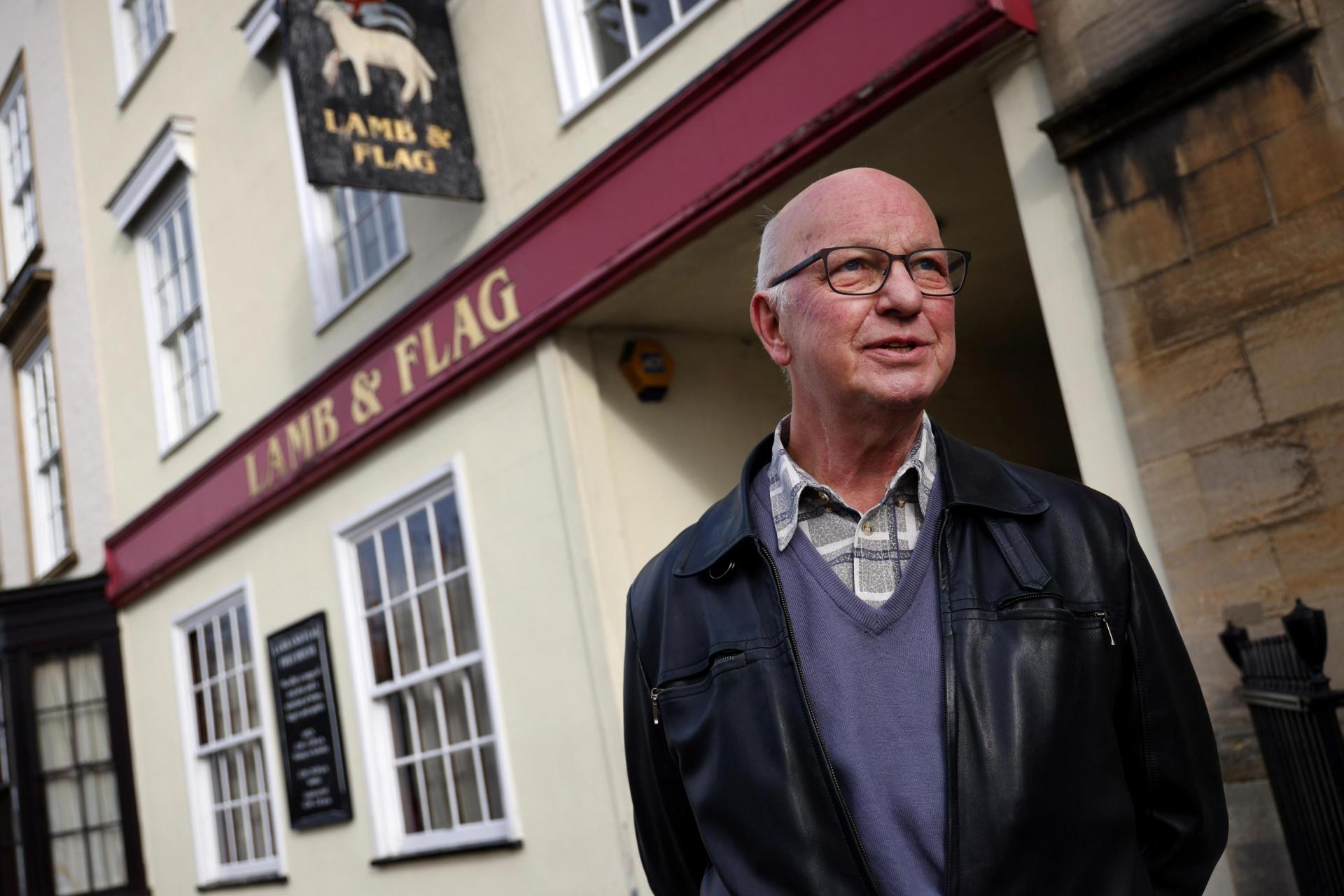 Dave Richardson, Oxford's Campaign for Real Ale (CAMRA) spokesperson, poses for a photograph outside the closed-down Lamb and Flag pub.

Across the street from The Lamb & Flag, The Eagle and Child pub, where Tolkien and Lewis attended the Inklings literary discussion group, is closed for refurbishment.

The building, which will include a new hotel, is also owned by St John's.

In The White Horse pub on nearby Broad Street, landlady Jacqueline Paphitis said the lack of the usual buzz and smell of booze was strange.

With wood-wormed beams and a panoramic view of the Sheldonian Theatre and its famous stone heads of emperors, the 16th-century pub is a magnet for film crews.

On its walls are photos of actors including John Thaw, who played Morse in the British television series based on Colin Dexter's novels, Laurence Fox, from the spin-off series Lewis, and Elijah Wood, who starred in the 2008 film The Oxford Murders.

The virus has been "absolutely devastating", said Paphitis, fearing some pubs "won't reopen, especially the independents".

Her staff are furloughed and the beer taps disconnected but the pub's owner, hospitality operator Mitchells & Butlers, has reduced the rent and local authorities gave a £25,000 grant.

Paphitis is desperate to reopen but not until all restrictions are lifted.
Landlord Paul Silcock, of the Gardeners Arms on Plantation Road in the Jericho area of the city, agreed.

"Right now would be so irresponsible, it would be ridiculous," he said.

"Pubs are a great place for people to sit really close to each other... and get angry and shout and have fun and laugh and everything that really does spray particles everywhere." 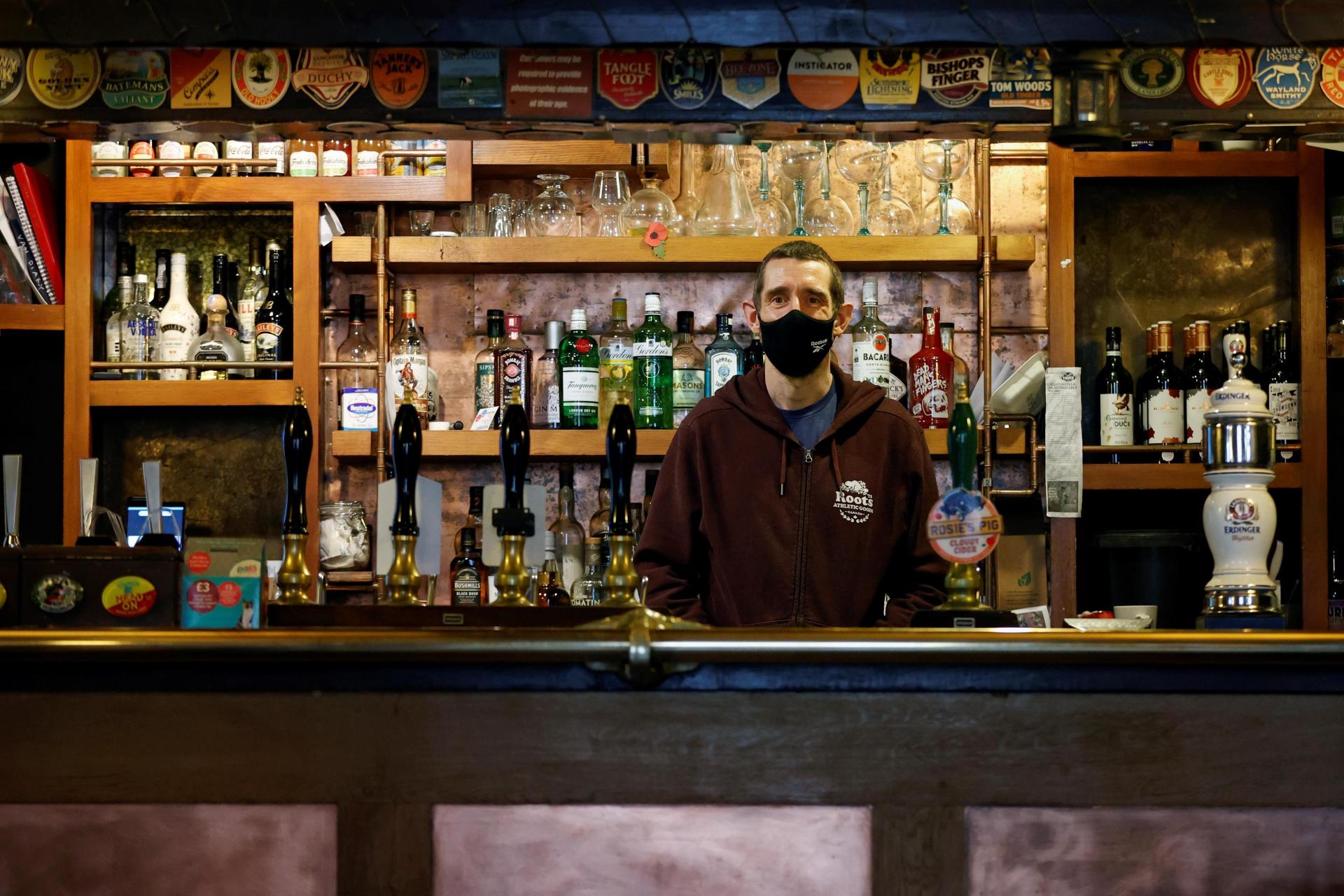 He has worked for 17 years at the independently run red-brick pub, which is also owned by St John's and serves only vegetarian food.

It counts Radiohead's Thom Yorke among its customers.

With help from loans, staff furlough and government grants, "we're struggling by. We're not terrified of going under yet", he added.

But he predicted "quite a few casualties" among pubs if lockdown runs until May.
Any pub without a kitchen is "stuffed", he said.

Butcher has also switched to food delivery at the White Hart. Inside, staff assembled kits to dish up chargrilled cote de boeuf or venison kofta kebabs.

"My heart goes out to the drink-led pubs," he said. "Of course they've been decimated."

He has sought new ways to keep the 18th-century inn running, including last summer when he put wood-framed "pods" in the garden so people could dine protected by clear-plastic walls.

"Quite frankly it saved my bacon," he said.

But the abrupt closure of pubs after Christmas left Butcher with a surplus of wine and food worth thousands of pounds.

While receiving government grants and loans, he says he has amassed "debts in excess of £100,000 that I didn't have before".

"It's been horrific for so many people," he said.