The Planning Authority has approved an application for the construction of a hotel in Milner Street, Sliema, despite the location being designated as a residential area.

In a virtual hearing, Planning Commission members Stephania Baldacchino and Anthony Camilleri agreed that the concerns which had been flagged by the case officer when they recommended the case for refusal have now been addressed. They voted to grant permission to the development.

Objectors who spoke during the hearing said the hotel would cause more strain on the already problematic parking situation in the neighbourhood.

Flimkien għal Ambjent Aħjar co-ordinator Astrid Vella said the zone had been established as a residential area according to local plans, and the presence of hotels on nearby roads could not be taken as a precedent.

“This will create a bad neighbourly environment in terms of traffic, and I cannot see how the board can overlook this issue,” she said.

“It is inevitable that there will be an increase in traffic noise and parking problems.”

She added that the EPRT had revoked a similar permit for a hotel some 150 metres away and that the board had not considered objections made by Transport Malta about the traffic issues the development could cause. 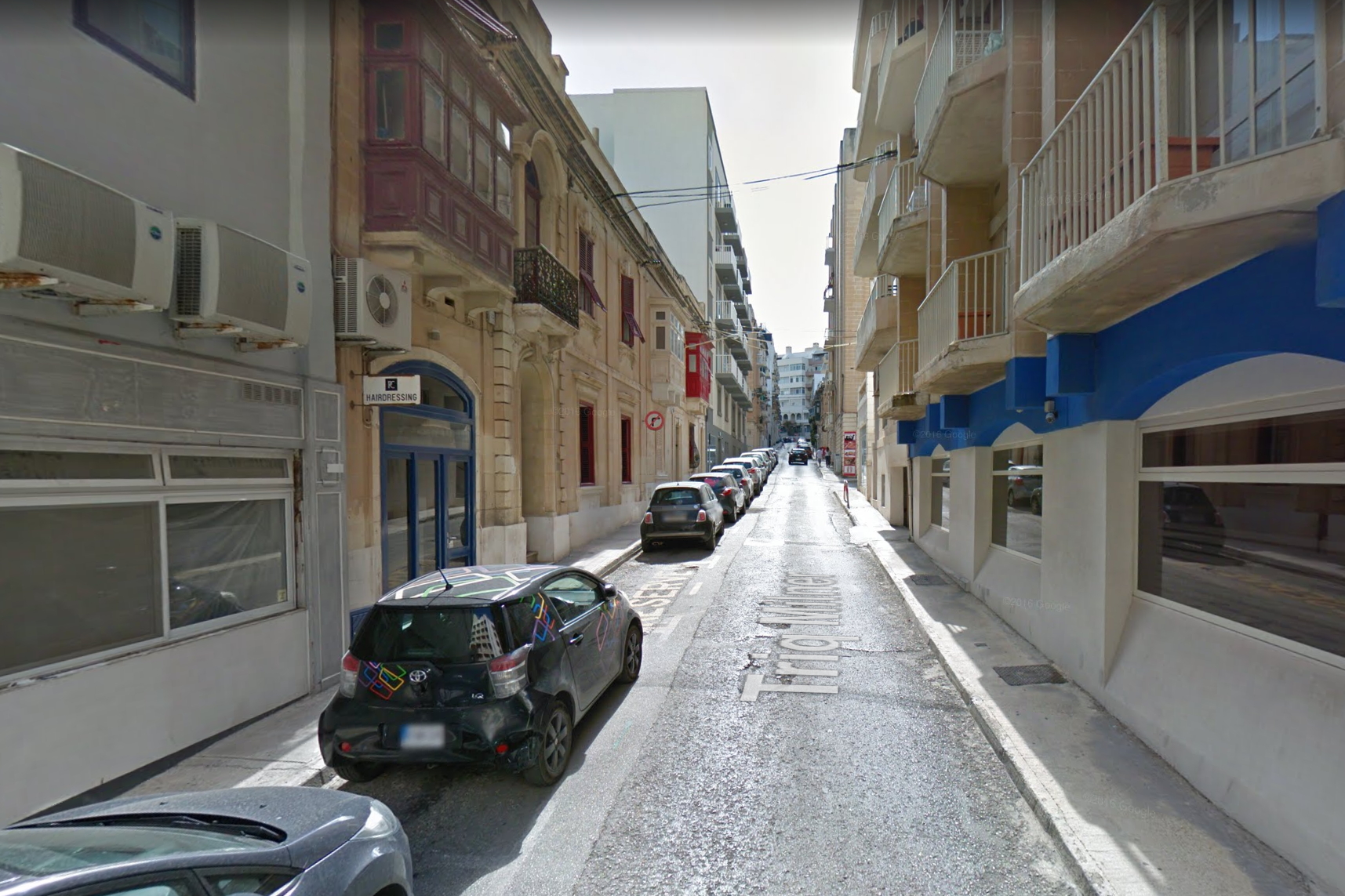 The development will rise on the lower part of Milner Street, on the left side as seen in the above photo.

Architect Chris Cachia, who appeared for the applicant Bonnici Brothers, said his clients had opted to build a nine-floor hotel, three of which are receded, as opposed to the full-length allowed by policy and had worked to address the reasons for refusal outlined by the case officer.

He said that with the building of a hotel, the applicant had more control over the parking situation, as had it been a residential application, one could not forbid residents from owning cars. He added that Bonnici Brothers planned to offer free bus tickets to guests for the duration of their stay and the company was working with language schools to host guests under 18 years.

Vella rebutted claims that living next to a student hotel was something she "would wish on her worst enemy”, stating that the presence of language students as guests would further inconvenience residents through noise, public drunkenness and unbecoming behaviour.

She added that height limitation “was not a God-given right” and that residents' rights to enjoy their properties ought to be safeguarded.

In concluding remarks, acting chair Baldacchino said that as this was an outline application and not a full development permit, which must be decided in separate proceedings, the board was functionally voting on the application in principle. There were no votes against the application.