The Planning Authority has approved a controversial apartment block at the edge of Naxxar’s urban conservation area following revised plans which improved the transition between the old and the new.

The project, spread on 3,100-square metres, is a vacant plot at il-Gwejdja, partly facing Pjazza Ċelsi and surrounded by two new streets off Triq il-Markiż Scicluna. It is a five-storey block of 71 maisonettes, apartments and penthouses on a receded floor as well as an underlying complex of 78 garages.

The developer is Charles Camilleri. The site, which is currently being used for agricultural purposes, lies partly within Naxxar's urban conservation area.

It overlooks the former trade fair grounds and is adjacent to another proposed project of five blocks, each 10 storeys high, that was sent back to the drawing board by the Planning Authority board.

Objections were made by various stakeholders, including the local council, people who own neighbouring properties, Din l-Art Ħelwa, the Design Advisory Committee (DAC) and the Superintendence of Cultural Heritage (SCH), which said it was concerned about the impact the development would have on the village core.

It noted that three Grade I scheduled properties lie close to the site, including Torri Gauci and the adjoining residential property some 330 metres away, and Palazzo Parisio at a distance of just 150 metres.

Flimkien Għal Ambjent Aħjar coordinator Astrid Vella insisted that the PA board needed proper in-depth studies on the impact of such projects, such as on traffic. She likened the proposal to an “aircraft carrier”, saying it will set a precedent for other similar developments.

“The PA’s own DAC said it was too massive and SCH also said it was not acceptable. So much improvement has been made [since the project was sent back to the drawing board in January] and I appreciate the architect’s efforts to improve the original proposal and make it integrate better with the village scape. But not enough has been done,” she said. 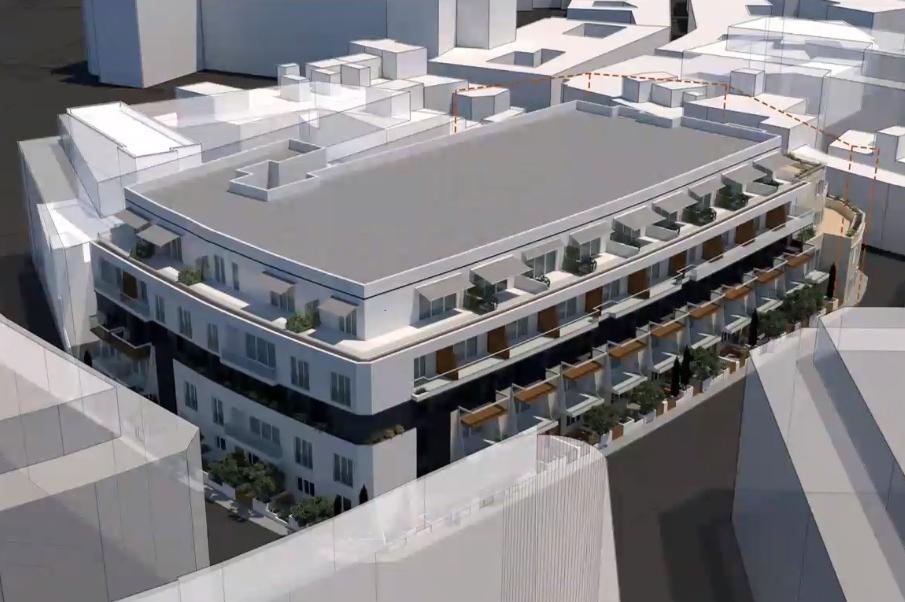 NGO representative Anick Bonello agreed, insisting that the traffic impact statement had to cover not only the area of this proposal but also other similar development being proposed in the vicinity. She was the only PA member to vote against the project.

The case officer recommended the project for approval and defended her decision throughout the board meeting, insisting that it was in line with the PA’s various policies and that there was a smooth transition between the old part and the proposed project, with the development stepping upwards away from the Urban Conservation Area. 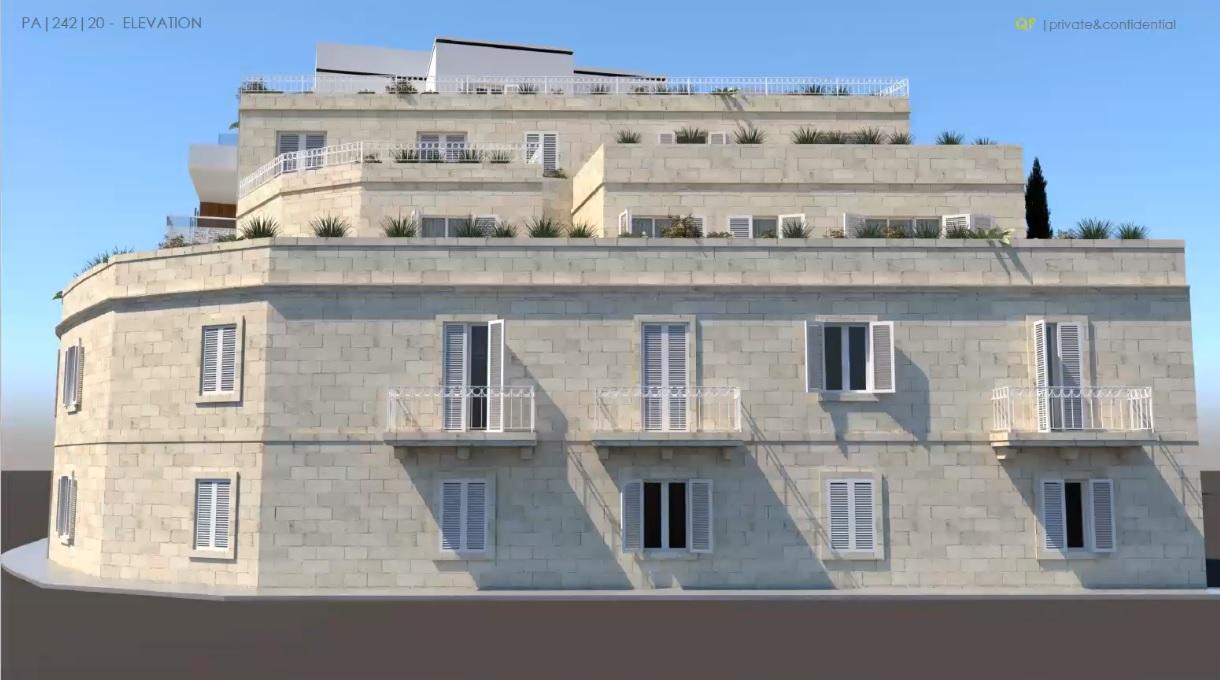 A render of the side of the project on the Urban Conservation Area.

The project was approved subject to various conditions, including a contribution of €17,000 towards the Planning Authority’s urban improvements fund for the locality to make up for a shortfall of parking spaces in the underlying garage complex. The funds raised shall be used to fund traffic management, green transport, urban improvements or similar projects.

The PA also imposed a planning gain of €212,175 towards its planning fund to be used to fund environmental improvement projects in the locality of the site.