Updated - The Planning Authority has approved an application for the 38-storey Townsquare Project in Tigne, angering residents and the Sliema Local Council who have vehemently opposed the project.

PA Chairman Vince Cassar and deputy chairwoman Elizabeth Ellul both voted against the proposal, but were narrowly outvoted 7-6 by the PA board after a long and often-heated public hearing.

Mr Cassar said he would be voting against the proposal because of the major visual impact on various localities.

“I am aware that the Tigne' area is designated for high-rise developments, but in my opinion this is an exaggerated development. A lower development could have been considered more in line with the area. I am also concerned by the excessive noise during construction: it is no solution to say that residents should keep their windows closed.” 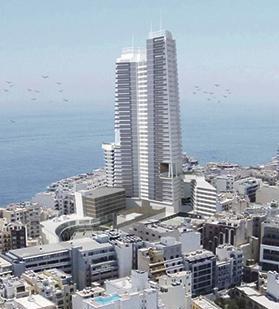 Local council representative Paul Radmilli said the large reduction in parking spaces on Qui-Si-Sana Seafront was a “red line” for the council. During the hearing, Mr Radmilli also raised concerns about drainage and the predicted traffic increase, describing the impact assessment as inadequate.

“The project achieves the rehabilitation of Villa Drago, as well as creating wide avenues and pedestrianised open landscaped areas which will benefit not only residents of the complex but also neighbours,” project architect Martin Xuereb said during the public hearing.

“Taking all this together, I think we can say we have created a landmark building worthy of Sliema and Tigne.”

Mr Xuereb said opting for a low-rise approach instead of a tower would have taken up at least 26 building plots similar to those in the area, leading to larger individual infrastructural demands and less public open space.

The project will involve 10 months of excavation work and 54 months of construction.

The hearing was attended by many residents and objectors, including the Sliema local council which has vehemently opposed the project.

Environmental organisations filed a judicial protest yesterday, calling on the PA board not to issue a permit for the development until the law had been properly observed.

As with the Mrieħel towers approved earlier today, which were also the subject of the judicial protest, PA lawyer Ian Borg said it was “unacceptable and deplorable to exert pressure on the board members individually the day before the hearing in an attempt to influence the decision.”

Sliema local councillor Micheal Briguglio, a sociologist, criticised the social impact assessment carried out in 2007, which he described as an “undergraduate thesis”.

The social impact assessment was a one-off anthropological survey, which is completely outdated. It wasn’t carried out in summer, when the area faces the most pressure, and it ignored key stakeholders.- Councillor

“The social impact assessment was a one-off anthropological survey, which is completely outdated. It wasn’t carried out in summer, when the area faces the most pressure, and it ignored key stakeholders. Residents in Bisazza Street, Tigne Street and other people who live within a few metres of the development weren’t interviewed.

“There was no ongoing assessment. The Fort Cambridge high-rise was ignored. It wasn’t subject to professional peer-review. There was no suggestion of scientific health impacts, no proper community profile, no waste impact assessment, and no compensation measures – it totally fails the test.”

Dr Briguglio also said there had been no proper assessment of alternatives and no genuine attempt to dialogue with stakeholders.

Pierre Portelli, also from the council, said he sent several requests for a meeting with the developers over the project, none of which were even acknowledged. In an emotional appeal, he said there had been no consideration of the effect of construction on the health and quality of life of nearby residents, particularly children and the elderly.

Flimkien għal Ambjent Aħjar coordinator Astrid Vella raised several issues related to the project that she said had not been adequately addressed.

“The fact that the Water Services Corporation did not respond to the Environment Impact Assessment does not constitute approval of the project,” Ms Vella said. “Sewage is already overflowing into basements in Tigne Street and onto the beaches, let alone once the project is built.”

Ms Vella also raised safety concerns, noting that the Civil Protection Department will have fire engines that can reach a height of 18 storeys, which would not be sufficient to deal with an emergency in a high-rise building, meaning the main line of defence will be internal fire-fighting measures.

“Since a safety report is not obligatory, it is not clear who will ensure that such equipment is not only installed but also regularly maintained,” she said. 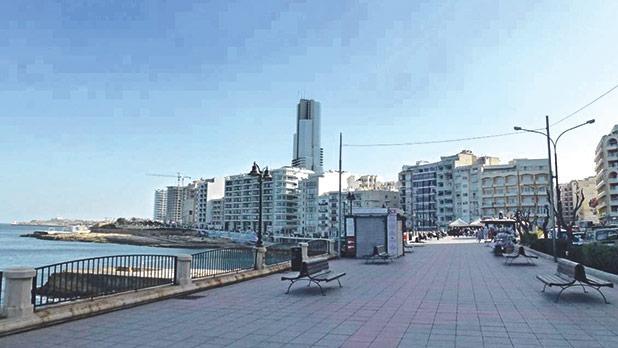 The project architect responded to objectors’ concerns by stating that the building was in fact a lot smaller than it could be, and that a single well-designed building would be preferable to continued, poorly-planned development, as had occurred in Tower Road in the last few decades.

The tower will have a major visual impact from numerous key viewpoints, with the case officer noting: “The proposal would create a negative impact on the skyline of Valletta when seen from the area of the Three Cities and would also endanger Valletta’s World Heritage City status.”

The project had raised significant concerns over traffic in the already congested Sliema area.

The Traffic Impact Assessment found that the parking provision is adequate, with 100 parking spaces more than deemed necessary for the development. The development is expected to add some 3,000 cars to the surrounding streets every day.

In terms of mitigation, the developer will be bound to a financial commitment of €25,000 per year for five years to implement a number of sustainable travel measures, including bicycle parking, spaces reserved for car-sharing, car-charging stations, educational campaigns, and the consideration of financial incentives.

Speaking before the final vote, board member Timmy Gambin also took aim at the environmental NGOs for filing a judicial protest the day before the vote, which he said was an attempt to sway the board. “In all the time I’ve done this, I have never been threatened like this,” he said. “It’s not just morally wrong but morally despicable.” 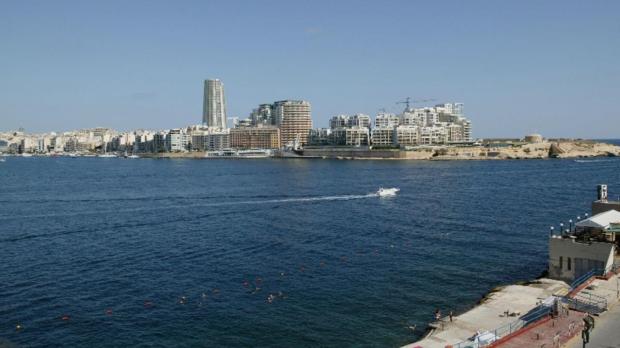 In a statement, the new Democratic Party said it deplored the 'total disregard' for the national interest manifested by the recent PA approval of the high rise developments in Mriehel and Sliema before a national masterplan was drawn up to cover economic, infrastructural, social and cultural sustainability.

"The piecemeal monumental developments which received the green light today will inflict irreversible damage on our heritage skyline as well as on innumerable families , present and future, that will be directly and indirectly affected by these developments. The presence of these buildings will compromise any national masterplan put forward in the future," the party said.