John Dalli owned an offshore company in the British Virgin Islands which he never disclosed in his obligatory asset filings, an investigation by Times of Malta and the International Consortium of Investigative Journalists (ICIJ) can reveal.

Proof of Dalli’s ownership of the shell company emerges from a new document trove known as the Pandora Papers, covering 11.9 million confidential records leaked from 14 different corporate service providers across the globe.

This means that instead of opting to openly appear in any public records as Westmead’s owner, Dalli instead chose to pay Alcogal to disguise his ownership via a nominee company.

He did, however, show up on Westmead's register of directors together with two nominees from Alcogal.

Owning an offshore company is not in itself illegal, although with Dalli’s checkered history, the steps taken to conceal his ownership of Westmead and his failure to declare the company in his asset filings raise questions about its intended use.

No information about the purpose of the company was found in the leak.

Dalli insists the company was “inactive”.

The former minister is set to face charges over a €60 million bribery scandal that led to his resignation as EU health commissioner in October 2012.

Documents analysed by Times of Malta show Westmead was set up by Dalli in August 2006. 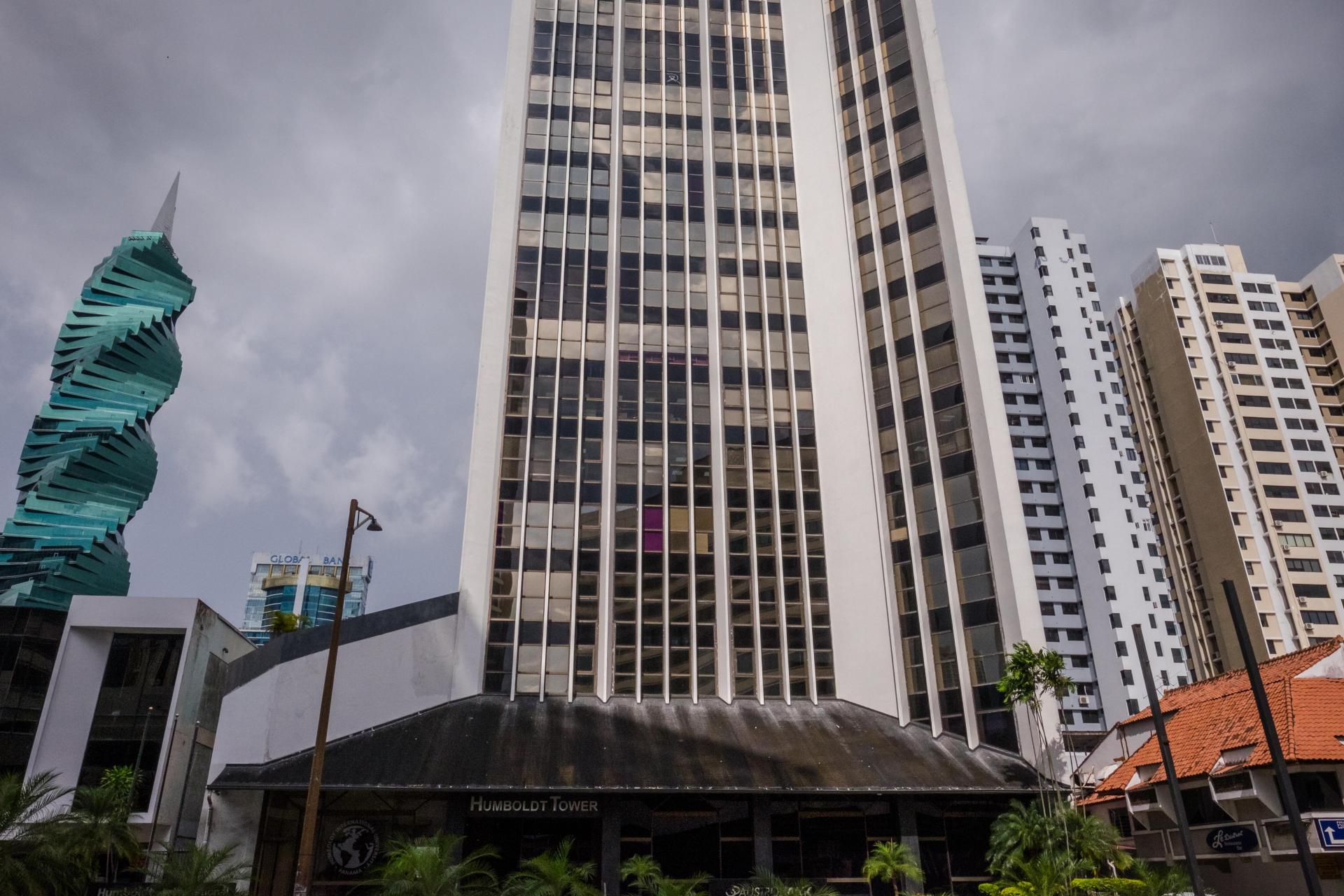 John Dalli used the services of law firm Alcogal, which is headquartered at the Humboldt Tower in Panama, to establish a company in the BVI. Photo: Tarina Rodriguez / El País

Although Dalli had resigned as foreign minister two years earlier, he stayed on as a Nationalist MP, meaning he was expected to declare his interests in Westmead to parliament.

The former European commissioner also failed to declare he acted as a director of the BVI company in those same filings.

Westmead Overseas was struck off from the BVI registry in 2013 as its renewal fees were not paid.

Dalli’s daughters were charged in October 2017 over their alleged role in a ponzi scheme, in a case that has since seen multiple delays.

What did Dalli say about Westmead?

According to Dalli, the "acrimony" of former prime minister Lawrence Gonzi and others against him meant he was “forced to work abroad”.

Dalli said he was advising on a project and his compensation was to be a shareholding in the company if the project materialised.

“Westmead was formed to hold the equity of the project. The project never materialised and the company was not used,” Dalli said.

Dalli said he “resigned” from Westmead upon learning he was going to be re-appointed to cabinet in March 2008. 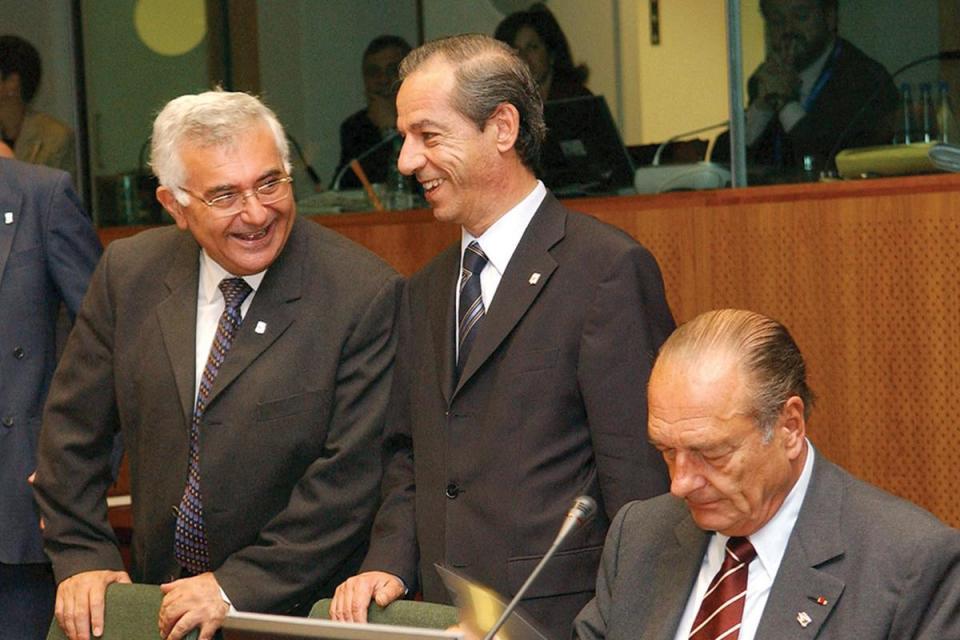 His daughters took over as the company’s directors six months later.

In October 2008, Dalli sent a letter to Gonzi inviting him to get in contact with businessman Paul Apap Bologna about a proposal to build a new gas-fired power plant, in what would eventually morph into the Electrogas project.

Dalli flatly denied the power station was the project Westmead planned to hold equity in, though he did not elaborate further when asked what the venture he was targetting via his offshore company was.

At the time Westmead was set up, Dalli was known to be eyeing business in Libya.

He said his daughters exited Westmead in September 2009.

However, a certificate of incumbency drawn up by Alcogal in March 2010 still listed his daughters as being Westmead’s directors.

On his failure to disclose the company in his filing as an MP, Dalli argued the company was “inactive”.

Dalli said the inactive status of Westmead was also why he did not list it in his financial declaration to the European Commission.

The former minister pointed out how at the time, commissioners were only obliged to declare financial interests or assets which might create a conflict of interest in the performance of their duties.

Internal Alcogal records in 2012 still marked Westmead as being "active".

Alcogal records drawn up in 2012 still had Westmead marked as being active.

Who helped Dalli set up Westmead?

A spokesperson for Finco said it had provided introductory services to Alcogal for the setting up of the company.

“Finco was never involved in any way in its management or administration or provision of any professional services to this company. The company was managed directly by the beneficial owners and directors.”

The spokesperson said Finco’s role was merely one of introducing clients to Alcogal. 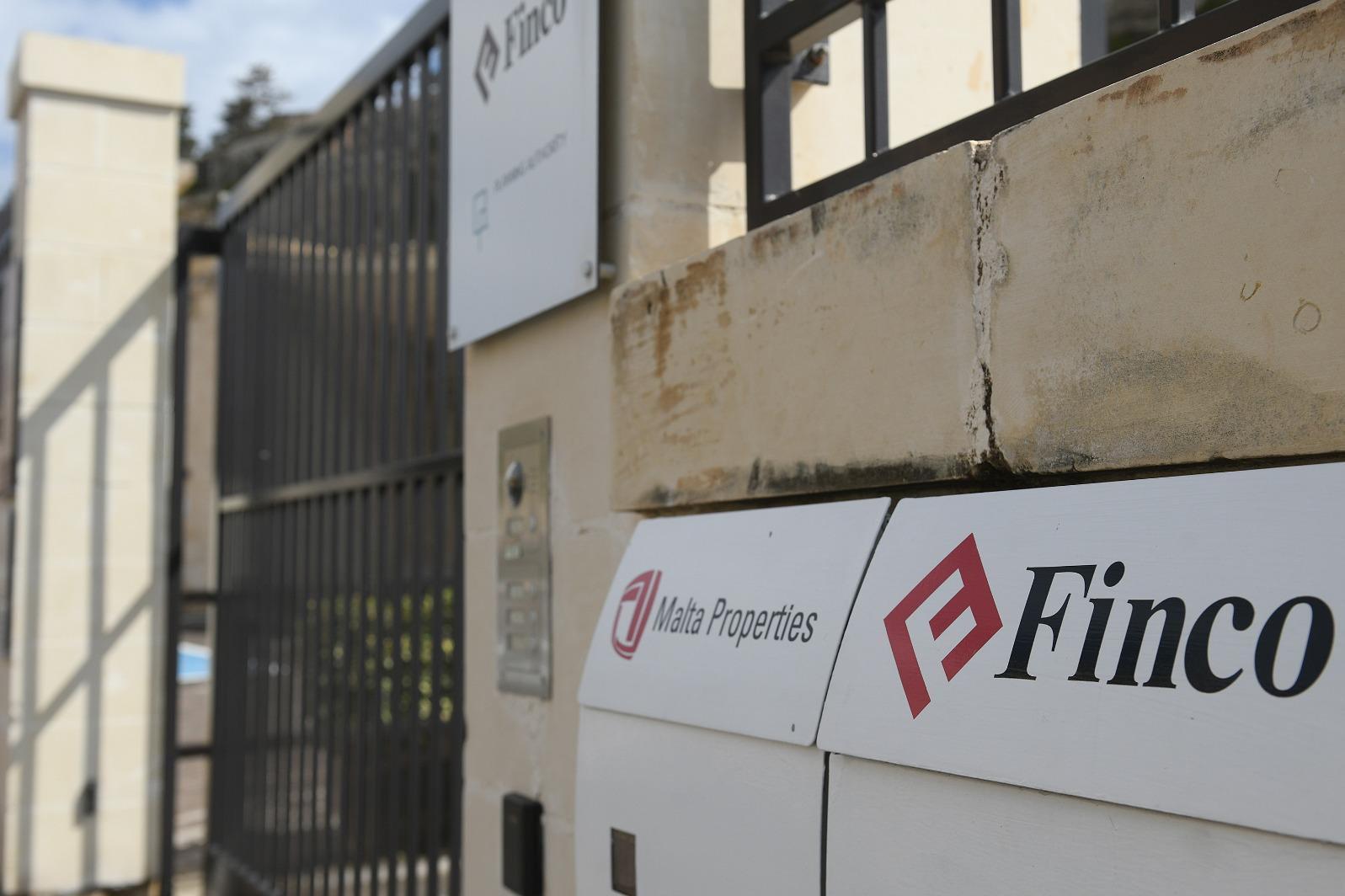 Finco says it was never involved in any way in Westmead's management, administration or provision of any professional services to the company.

“You would appreciate that this is as much as we can say and no identities can be disclosed due to our professional obligations”, the spokesperson said.

Pandora Papers records show due diligence documents passed on by Finco to Alcogal in 2006 flagged the “serious allegations of corruption” Dalli faced in 2004 over claims he channelled €90,000 worth of bookings by the foreign ministry to a company linked to his daughters.

Despite the corruption allegations being flagged during the due diligence process, both Alcogal and Finco provided services to Dalli.

At the time, anti-money laundering laws governing such services were far less stringent than they are now.

August 2006 – Westmead Overseas is set up in the British Virgin Islands to hold equity in a ‘project’.

April 2007 – Dalli fails to declare his interests in Westmead in his asset filings to parliament.

March 2008 – Dalli is re-appointed to cabinet as social affairs minister. 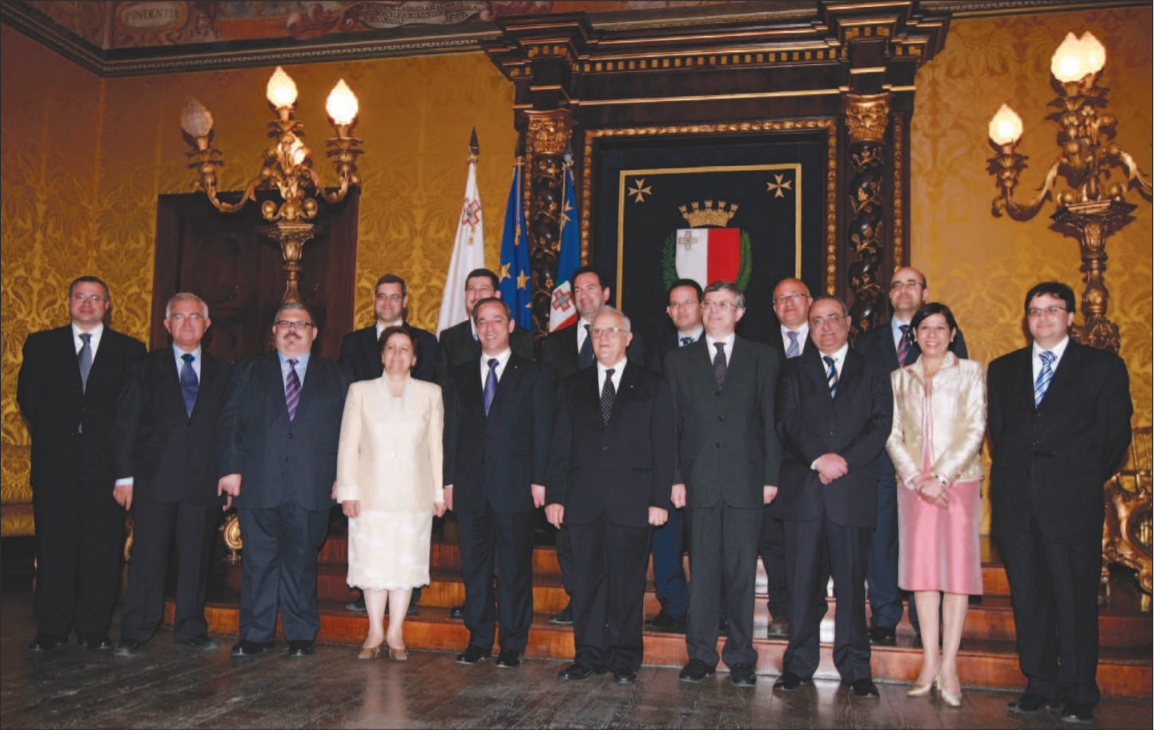 Dalli (second from left) was re-appointed to cabinet in March 2008.

April 2008 – Dalli again fails to declare his interest in Westmead.

October 2008 – Dalli passes on a pitch for the power station project to Lawrence Gonzi. 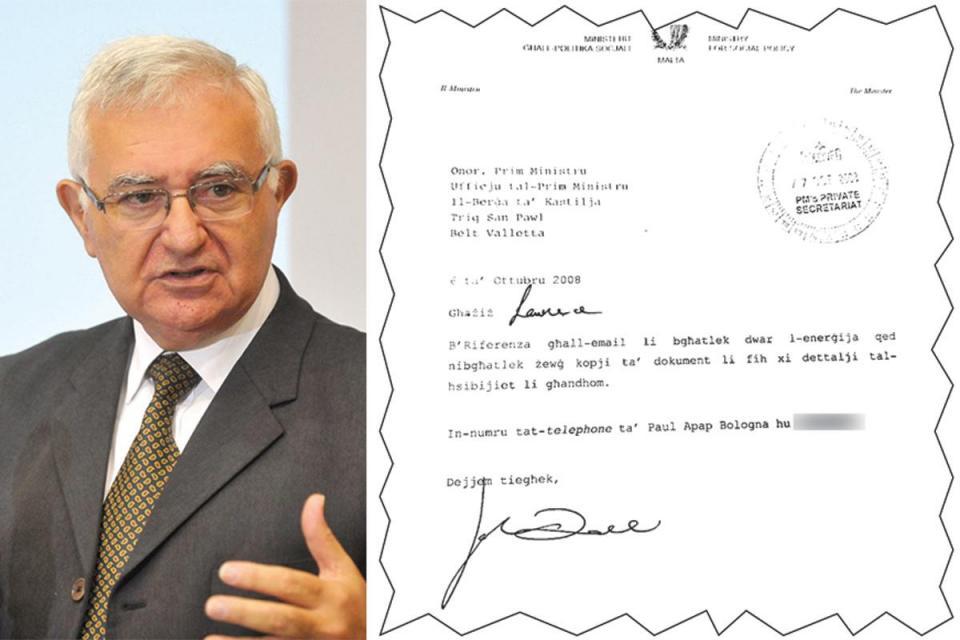 Dalli's letter to Gonzi about the proposed power station project which would later morph into Electrogas.

2009 – Dalli says he and his daughters have resigned from the ‘inactive’ company at this stage.

February 2010 – Dalli is made EU Commissioner.

March 2010 – A certificate of incumbency is requested by Finco Trust for Westmead. Dalli’s daughters are still listed as the company’s directors on the certificate.

May 2013 – Westmead is struck off from the BVI registry for non-payment of fees. 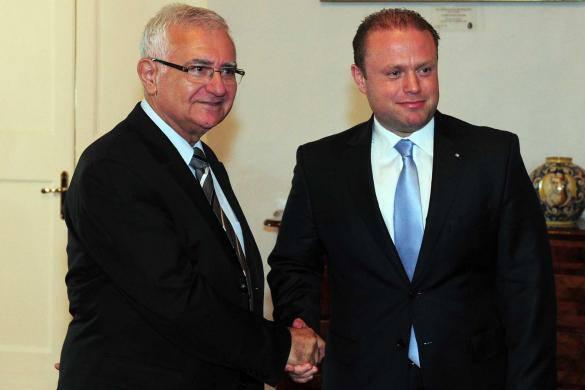 John Dalli with former prime minister Joseph Muscat after being made his consultant.