Volunteers working on restoration works at Christ the King parish church in Paola were surprised to find a scroll dating back to 1955 hidden beneath the altar. 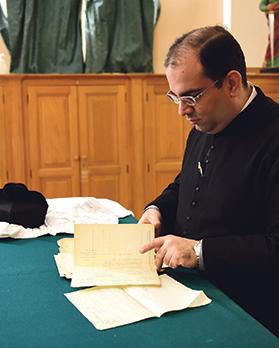 It contained a list of about 700 benefactors who had donated money to fund the altar, which had cost £1,067 (€31,912 � adjusted for inflation), Fr Marc Andrè Camilleri, the parish priest, said. It was a “nice surprise” that demonstrated the sacrifice made by residents at the time, he noted.

Many of the Paola residents had donated about £1 (€30) each, a “significant contribution” at the time, Fr Camilleri acknowledged, adding it would be equivalent to about half a week’s wage nowadays.

“These were the people who started this dream of having our beautiful church and the altar we have now,” he continued.

Some of the volunteers working on the restoration even managed to find relatives on the list. One helper spotted the names of two of his uncles. “It was a nice surprise but I was shocked I did not find more people from my family on the list,” Aldo Costa, 53, a life-long Paola resident, said.

Some of the older volunteers recalled the list being displayed outside the church, encouraging people to donate.

“We plan to display the list inside the church over the next weekend for the relatives of the benefactors to look for the names of their ancestors in it,” Fr Camilleri said.

He now plans to have a new list of benefactors to fund the restoration project underway. The works include the building of a baldachin that had been planned alongside the altar. 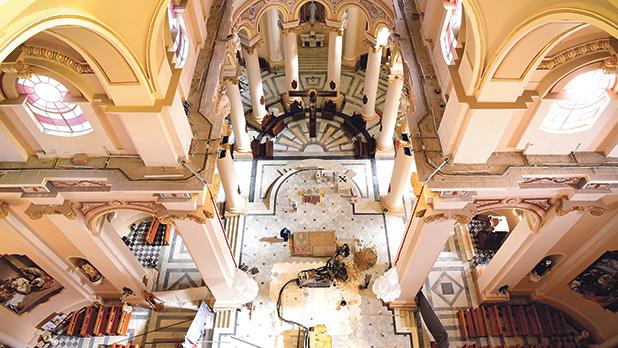 Paola scroll Restoration works at Christ the King parish church, in Paola, unearthed a “nice surprise” when a 1955 scroll was found under the altar

These were the people who started this dream

“When the altar was planned in 1953, it was meant to have a baldachin on top of it, designed by Italian architect Romeo Giacotti. As it was quite an expensive endeavour, and the church was still being built, they managed to finish the altar itself but [the baldachin] was never built. Now, after so many years, we have decided to bring the project to completion,” he said.

The idea was to have the new benefactors’ list and the 1955 list next to each other placed beneath the altar. About 100 benefactors already helped the church regularly and 1,500 people donated anonymously in a fundraising bid in November, Fr Camilleri noted. Apart from monetary donations, the parish also received food and clothing items which would be handed over to foreigners within the community. 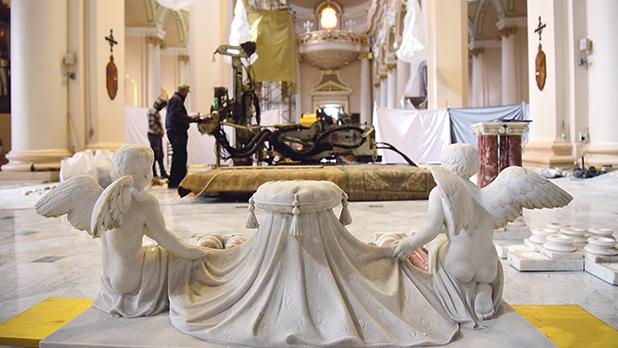 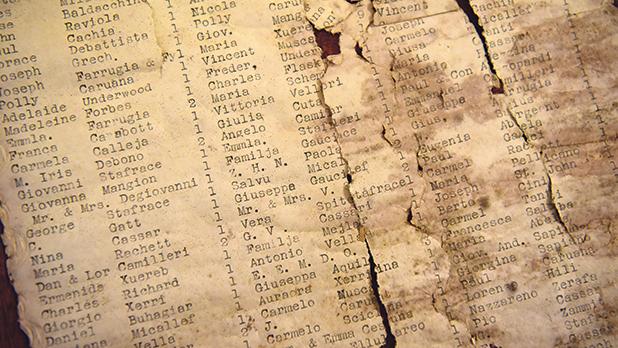 The scroll containing the names of about 700 benefactors who donated money in 1955. Photos: Mark Zammit Cordina