Saying goodbye can be hard, and for one star dancer at the Paris Opera who has been trying to leave since 2019, it can also take a long time.

Eleonora Abbagnato, an “étoile” (the highest rank in the ballet company), has had three farewell performances cancelled but is determined that the fourth attempt on Friday will be for real.

“I think it’s my last chance,” the 42-year-old Italian said, laughing.
Abbagnato was due to depart in December 2019, but the show was cancelled due to a new strike by Opera staff.

Then the pandemic intervened to cancel two more planned farewells in 2020.
Missing an étoile’s goodbye − a classic event with a marathon ovation and blizzard of confetti and glitter − would have been a shame.

Ending on Friday with Petit is a perfect gift

So, after nearly a quarter of a century since she was inducted into the company, Abbagnato is returning to the Palais Garnier for one more turn with a tribute to celebrated choreographer Roland Petit.

“It’s like I never left. I’m rediscovering the incredible energy of the Palais Garnier, it’s one of the most beautiful venues,” said Abbagnato who, since 2015 has assumed the double role of star dancer in Paris and ballet director at Rome Opera House. 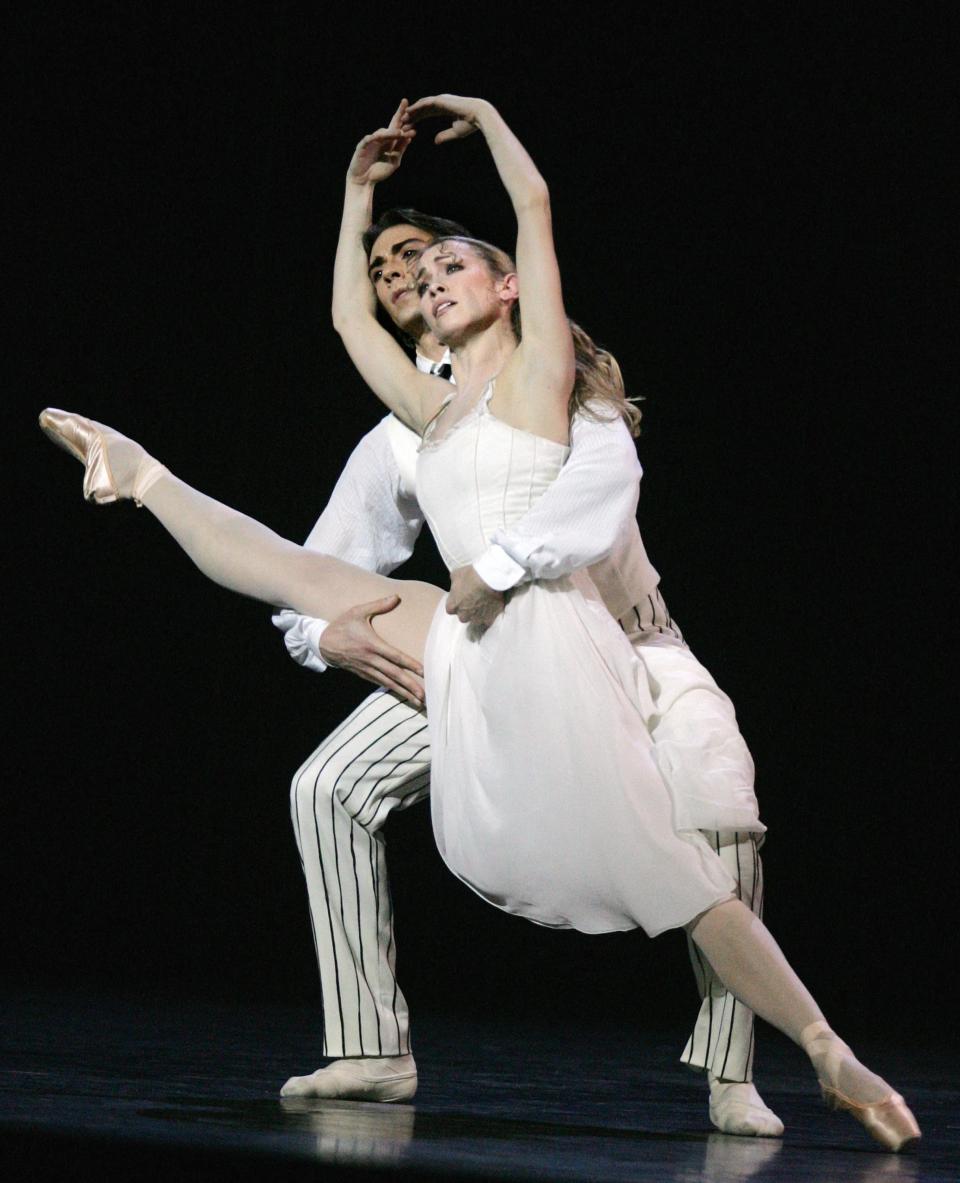 Dancers Eleonora Abbagnato and Herve Moreau performing during a rehearsal of a show by choreographer Roland Petit, ‘Proust ou les intermittences du coeur’ (Proust or intermittencies of the heart) at the Paris Opera in February 2007. Photo: Dominique Faget/AFP

Ending on Friday with Petit is a perfect gift, she said.

“It was he who discovered me at the age of 11 in a little private school in Sicily. It was the great choreographer of French dance bringing me to the Paris Opera.”

It has indeed been something of a fairytale: born into a Palermo family more interested in football, Abbagnato fell in love with ballet when her mother left her in a dance school while she worked afternoons in a clothes shop above.

Scouted by Petit, and then by Paris Opera’s legendary ballet school director Claude Bessy, she became at the age of 14 one of the few foreigners among the “little Opera rats” or trainee ballerinas.

Abbagnato, who has two children with ex-footballer Federico Balzaretti, is hardly disappearing into retirement.

A regular on TV in her homeland, she sees her mission as “saving Italian dance”, which has lost two companies − in Florence and Verona − in recent years.

She has helped revive the Rome Ballet, luring renowned global choreographers and tying up with Dior, although she faced a brief crisis in 2019 when a dancer’s union criticised her “disrespectful attitude”.

Petit, who died in 2011, remains a revered figure whose flamboyance transformed French dance in the second half of the 20th century.

On Friday, Abbagnato will appear in two of his ballets, Le Rendez-Vous and Le Jeune Homme et la Mort (The Young Man and Death) − one she has danced many times since she was 19.

“Roland Petit brought me to all these beautiful roles, very very young, and right up to the end of my career,” she said. “It’s fitting that I finish this big part of my life with him.”