Parliament will grow by as much as 12 seats under proposals aimed at increasing female participation in politics.

A public consultation document on the “under-represented sex” was launched on Tuesday, and puts forward a number of proposed changes aimed at promoting gender equality.

Malta has a problem with women in politics

Addressing a press conference to launch the consultation, Prime Minister Joseph Muscat said the reform would define who we wanted to be as a country.

He compared the proposed reform to when voting rights were extended to all men, to when women who knew how to read and write were eventually given the right to vote, and when that right was later extended to all women.

The reform was not a quota, he said, adding that no one would be forced to vacate their seat to make way for anyone else.

Thinking behind the reform

Prof. Carmen Sammut, who chairs the technical committee behind the reform, explained that the proposals were not targeted only at women, but on the gender which was under-represented in Parliament.

The package of laws aims at achieving a critical mass of 33% of women in the House.

The scope of this corrective mechanism was for both sexes to reach at least 40 per cent of the seats in the House.

The gender with less than 40 per cent of the seat would be able to garner a maximum of a further 12 seats - shared equally across the political parties in the House, with six going to the government and six to the Opposition.

This, she said, would have no bearing on the difference in seats between the two parties.

If after a number of years, men became under-represented, then they would benefit from the same mechanism.

There were sectors, Prof. Sammut added, where women once lagged behind and were today on the front foot.

Prof. Sammut explained that “hanging candidates” which had still been in the running but were never elected as all seats had already been filled, would be the first to be considered for these additional seats. 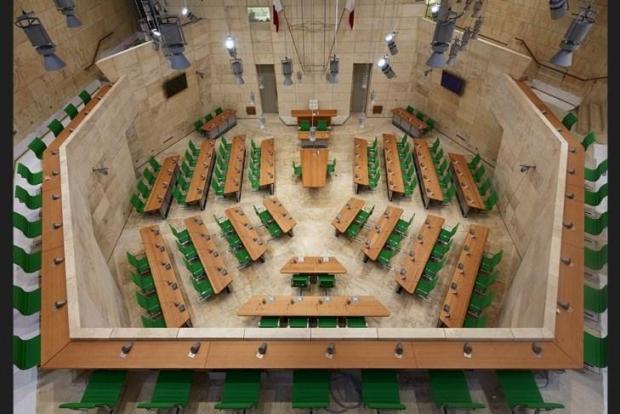 These would be used to fill the extra 12 seats created by this proposed gender corrective mechanism.

Also, the wasted votes of hanging candidates of either sex which were eventually elected through a casual election, would also be used to elect candidates of the under-represented sex.

The proposals included a "sunset clause" that would see this reform potentially halted if there was no longer any need for it, but this would only be possible after 20 years.

The second proposal being put forward is for further family-friendly measures and gender mainstreaming in the House.

This would include sensitivity training for all members of Parliament, family-friendly working hours, and anti-discrimination measures, among other reforms.

This proposal also seeks to have the Speaker of the House set up a commission that would pave the way for these amendments.

The third proposals is for incentives in the form of state funding for political parties in order to ensure recruitment, training, and support for candidates from the under-represented sex.

The fourth and final proposal was for the electoral commission’s remit to be extended to include gender audits of political parties. These audits would evaluate initiatives and measures taken by the parties.

Reforms Parliamentary Secretary Julia Farrugia Portelli said that as a mother and a women, she wanted to see more women involved in politics.

A building which had cost the taxpayer so much money, should be truly representative of both genders, she said.

Meanwhile, Dr Muscat said that while he was certain some naysayers would object to the proposed reforms, these would be the same "nos" that had object to many other rights which we today took for granted.

The consultation, document, he said, had the unanimous backing of Cabinet and of the Parliamentary group.

While the government looked forward to consulting with stakeholders, it would not be the one to stall this reform, he said.